February 1, 2012
Our Tea Party Express team spent the night in Tallahassee, FL. We arose the next morning and traveled in our tour bus a few hours to our first rally of the day in Panama City.

Ray "the bus driver" parks our Tea Party Express tour bus in back of the stage to serve as a backdrop and our green room. While on the bus waiting for my turn on stage, I heard on TV that NBC's Brian Williams basically accused Governor Jan Brewer of racism for pointing at President Obama. I thought, this whole race thing has gotten totally out of control and insane.

The emcee announced me.

Before singing my parody of "New York, New York" titled, "We're Gonna Vote Obama Out in 2012," I told the audience how furious I was about Williams' attack on Brewer. I added, "For the first time, we have a president that it is deemed unacceptable and racist to criticize or disagree with him in any way. Even gestures are reviewed as having racial connotations. This is absurd!"

I also told the audience that Barack Hussein Obama is the most divisive president in U.S. history.

I later learned that Brian Williams did worse to President Bush than Brewer allegedly did to Obama. http://bit.ly/xHWssc 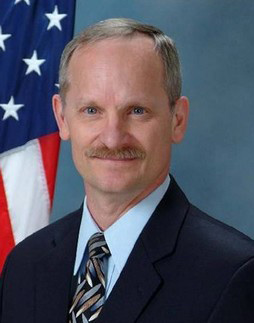 At our second event in Pensacola, I ran into a patriot I met a few years ago at a tea party, Dr. B Leland Baker. Dr. Baker is the author of "Tea Party Revival: The Conscience of a Conservative Reborn: The Tea Party Revolt Against Unconstrained Spending and Growth of the Federal Government."

After we bear hugged, my patriot brother Dr Baker shared how he has traveled to 35 states so far lecturing, teaching and selling his book. Now get this folks, Dr Baker does this on his own dime and donates the money from the sale of his book to various tea party groups. Wow! What an extraordinary patriot.

I could not help contrasting Dr Baker's passion, love, commitment and willingness to "give" in order to save his country compared to the self serving entitlement minded lowlifes of the occupy movement. How dare the media claim the occupiers are equal to the tea party. 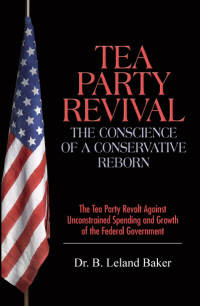 Ninety-nine percent of the tea partiers I have met over the years are people of the highest caliber who are working and sacrificing to save our great country; true patriots who desire the best for all Americans regardless of race, color or creed. And this is why I love them.

Apparently, Pensacola, FL is Cajun country. Various Crawfish dishes dominated the menu. They fry every and anything! I tasted and enjoyed fried pickles. My cup of seafood gumbo was to die for. I ordered the seafood platter thinking it would be broiled. Wrong. It was all fried, a mountain of seafood. I ate a few pieces of fish and shrimp. Delicious. I had the waitress box up the rest (clams, shrimp, oysters and fish). We have a seven or eight hour ride to Orlando tomorrow. I will nuke my seafood leftovers in the microwave on the bus and share them with the team — cause that's how we roll on the Tea Party Express.