October 5, 2012
Bishop T.D. Jakes said you know you are somebody (important) by your enemies. Well, founder of Tea Party Nation, Judson Phillips MUST be a real mover and shaker because Obama's justice department and Media Matters have ganged up on Phillips, targeting him for destruction. It seems that Phillips got the Obama Administration's panties in a wad over "truths" he spoke regarding the Administration's "Fast and Furious" scandal. 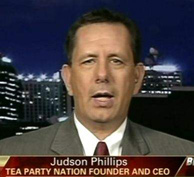 I am extremely excited to announce that Judson Phillips will speak at our Rebuild America — Defeat Obama Tour rally in Richmond, VA- October 12, 2012 at 3PM.

I call Judson my patriot brother from another mother. We have worked together on several tours over the past four years. Though Judson is white and I am black, we are brothers in our love for and commitment to preserve and restore the greatest nation on the planet.

Here is a little inside baseball info about the Rebuild America — Defeat Obama Tour. Our tour is a rally in 72 cities. Our staging and sound crew arrives prior to the arrival of our two tour buses. Both buses feature huge head-shots of Romney/ Ryan. Thus, the most frequently asked question is, "Are Romney and Ryan on the bus?" No, they are not. On the buses are various speakers, entertainers and support staff.

Typically, we do two rallies per day separated by three hour bus rides.

About the buses: We have bunks to nap — kitchen, restroom, lounge area, TV and internet.

Folks, I have been on nine national bus tours. If you do not blend as a team/family it can be extremely stressful. Thus, I am extremely grateful to announce that our team/family on this Rebuild America — Defeat Obama tour is a great one! Everyone is on the same page, eager to contribute in their unique ways to get the job done — inspire, encourage and empower our base and convince others to join the right side. 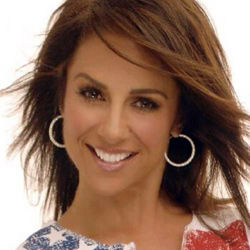