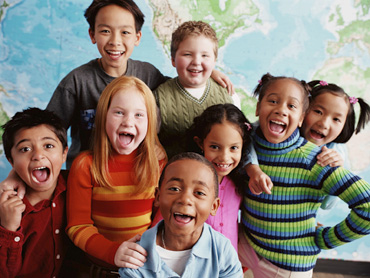 It was after dark. I was taking a short cut to the convenience store through an alley. Ahead of me, a middle-aged white woman was walking down a side street and started to enter the alley. Upon realizing that I would be walking behind her, she made a quick turn out of the alley. Once inside the convenience store, I saw the woman come in. We were headed to the same destination, but she chose to take a different route.

As a black man, should I be offended for being racially profiled? Well guess what? The night before, a late night craving sent me headed to the convenience store down that same alley. A block away, I saw a white guy as he began to enter the alley. He and I would eventually cross paths. I immediately did a quick turn out of the alley. It was late and dark, without another single soul in sight.

Common sense dictated that I not unnecessarily put myself in a vulnerable situation. The white woman who chose to change her direction made the same wise decision. Does that make us both racists? No. It means we both used our brains and instincts to protect ourselves.

And yet, liberals who are obsessed with political correctness absurdly condemn such street-smart judgments, declaring them racial profiling and racist.

The reality is profiling is normal, expected and necessary. People dress to create their desired image/profile. For example: Stockbrokers wear suits to create a profile of trustworthiness. Hookers dress that they may be profiled as open for business. Gang members wear various colors and styles of apparel to specify their gang affiliation.

And yet, liberals expect us to ignore all signals sent out by people that telegraph who they are. Liberals are nuts.

I remember a horrific incident that happened in a white upscale neighborhood in Maryland. Three young black men were walking wearing gangster style apparel. Clearly, the men were out of place. Residents chose not to call security for fear of being called racist. The thugs hijacked a mom's car, dragged her clinging to the door during their get-a-way and threw her toddler in the back seat out the window. If only political correctness had not prevented residents from following common sense and their instincts.

A Hispanic co-worker of mine was mugged while walking down a street in Baltimore by a bunch of gangster-attired black guys. My co-worker admitted that he was caught off guard because his mind was elsewhere. Had he been paying attention, he would have profiled the gang as they walked towards him and crossed over to the other side of the street. Liberals would call my co-worker a racist.

As a visual and musical artist (singer/songwriter) my appearance (signature hat and braid) is a bit distinctive. Add in the fact that I am black, and people assume I am liberal. Well, 90% of the time, their assumption/profile of people presenting themselves like me would be correct. The public is only using experience and common sense to read the messaging of who I am based on how I choose to present myself. Rather than scolding people for profiling me incorrectly, it is my responsibility to inform people that while my appearance reflects my artistic nature, I am a proud to be an American, and a Ronald Reagan conservative.

My wife has noticed that men relate to her more respectfully when she is wearing heels and a dress than when she is attired in flat shoes and jeans. When she is dressed, doors are held open for her and so on. A black male wearing a suit and tie is perceived differently than a black male with his cap turned around backwards and his pants worn below his butt. This is not racism. It is common sense, a logical response to how people present themselves.

Like many other liberal politically correct sacred cows, profiling is another item on their list that liberals bully us and demand that we go brain-dead. They decree that profiling of any kind is unacceptable – deemed racist, sexist and homophobic.

The overwhelming majority of terrorist attacks have been committed by Middle Eastern men between the ages of 18-35. And yet, such men wearing Islamic apparel breeze pass TSA at the airport, due to hypersensitivity against profiling. Meanwhile, an old white-haired Caucasian grandmother confined to a wheel chair is all but strip searched by TSA.

I realize that liberals are going to have a cow over what I am about to say. Profiling is a necessary God-given survival instinct.

As a black man, if I wandered into a setting in which everyone is wearing white sheet hoods and robes, it would be prudent to profile them quickly and get the heck out of there. It would also be unwise to quote Cleavon Little in the movie, Blazing Saddles: "Where the white women at?"