Lloyd Marcus
What if Trump loses in 2020

March 7, 2019
Over a year ago, my wife Mary and I moved from Florida to a tiny town in the hills of West Virginia to be closer to our ailing parents; population 500. There are five churches in town. I enjoyed the town's patriotic July 4th parade and their faith-based Christmas parade.

I walk half a mile daily to the post office. On one occasion, I entered while the postmaster was on the phone talking to a town local. The postmaster told the person every item in their mailbox. Chuckling, I said, "People call to see what mail they've received?" The smiling postmaster replied, "She didn't feel like coming out in the snow. She asked me to tell her everything in her mailbox in case there was something important." I thought, how small town is that?

Trump signs are still displayed in a few yards. I suspect most residents voted for Trump.

There are less than 10 blacks, including myself, who live in our town. I have not experienced any of the rabid racism Democrats, Hollywood and fake news media claim I should fear living around Trump supporters.

Quite the opposite. Unofficial town ambassador elderly gentleman Charlie and his buddy George stopped by to welcome my white wife and me to town. Neighbor, Peggy, brought us a homemade apple pie she purchased at a community event. Ron gifted us corn from his garden. Big Butch and his buddies helped me relocate a shed in my backyard. Randy promised to bring me venison during deer hunting season. Two ladies from a church delivered us a "welcome basket" of goodies.

My neighbors are ordinary Americans who saw the horrible direction our country was going. They know Trump is good for America. Their loyal support for him is no more complicated than that. Democrats and their minion's relentless efforts to brand Trump voters racist-haters is truly despicable, irresponsible and divisive. Democrats and their leftist operatives are purposely generating racial hatred and violence against anyone caught wearing a MAGA cap.

Democrats, Hollywood, fake news media and Never-Trumpers are tripling down on their lies and negative spin about everything Trump says and does; intensifying their quest to drive Trump's approval below 30% to impeach him.

What happens to America if Trump is not reelected in 2020?

With Trump out of the way, stopping Democrats from passing their law to murder babies after they are born will be extremely challenging. https://washex.am/2SuwwJH

Democrats are pushing for government controlled health-care based on the "quality of life" rather than God's "sanctity of life." In other words, a board will decide whether or not the quality of your life is worth government spending money to preserve it. If they decide you are too old to spend money on or if you own a gun, the board will say no surgery for you. Folks, I'm talkin' government death panels assuming the role of God; deciding who lives and who dies.

AOC's wacko Green New Deal includes by 2030: ending air travel; ending the use of fossil fuels; mandating that every new job be unionized; decommissioning every nuclear plant; rebuilding every building in America for state-of-the-art energy efficiency and government funding everyone including deadbeats who refuse to work.

Don't laugh folks. A dozen Democrat senators of which six are presidential candidates and 90 House Democrats cosponsored AOC's idiotic Green New Deal. https://bit.ly/2Hi9Drl Many Americans do not realize that Democrats will sacrifice our economy, jobs, national security and even American lives to feed their all consuming obsession with gaining power to control every aspect of our lives.

If Democrats win the White House, they will roll out the red carpet to illegals; welcoming criminals which include murderers, rapists, human traffickers and drug dealers. https://bit.ly/2zE2CN8

Trump has been relentless in keeping his promises, racking up 289 accomplishments for We the People in his first 20 months. https://washex.am/2OSnb0K

Democrats winning the White House would mark the end of Trump's America first agenda. But folks, what would be most disturbing to me if Trump were not reelected is the loss of his courageous voice; his unprecedented fearless push back against fake news media, Democrats and political correctness. I am so sick of Republicans kissing the derrieres of partisan Democrats and fake news media, foolishly believing it will gain them respect and fair treatment in the media. Nothing will cause leftists to turn away from their anti-American and anti-Christian agendas. They must be defeated.

Before my 90 year old dad passed away in June, he asked me to drive him from Baltimore to see my home in West Virginia; Trump country. At the town gas station, I introduced town ambassador Charlie to my dad. I later learned that Charlie bragged to locals, "I got to meet his dad."

My fellow Americans, we must remain faithful supporters of our president and reelect him in 2020. 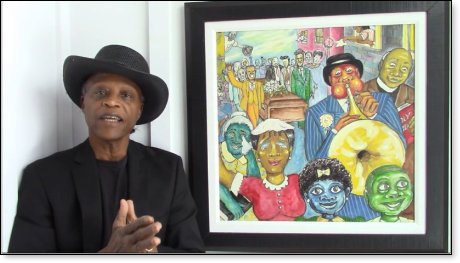