Desmond McGrath
Rebuttal to 'A Republican Case for Climate Action'

Just because a person calls themselves a "Republican" does that necessarily clinch the argument as if calling yourself a "Republican" gives you a higher moral ground to preach to the masses. Just like being a "Catholic" priest does not necessarily mean that you are a Catholic at heart, because you might be one of "the eleven hundred men (put) into the priesthood in order to destroy the Church from within." -Bella Dodd.

Nor does your respective tenure over the past 43 years running the Environmental Protection Agency, 'Serving' Republican presidents, offer any insight to your true political convictions or hidden allegiances, but your statement "we have a message that transcends political affiliation: the United States must move now on substantive steps to curb climate change, at home and internationally"; Indicates that you are more than likely part of a group known as globalists.


[1}There is no longer any credible scientific debate about the basic facts: [2] our world continues to warm, with the last decade the hottest in modern records, and [3] the deep ocean warming faster than the earth's atmosphere. [4]Sea level is rising. [5]Arctic Sea ice is melting years faster than projected.


All of these are broad brush statements aka propaganda just like the following paragraph:


The costs of inaction are undeniable. The lines of scientific evidence grow only stronger and more numerous. And the window of time remaining to act is growing smaller: delay could mean that warming becomes "locked in."


Let me address the preceding numbered arguments in order: 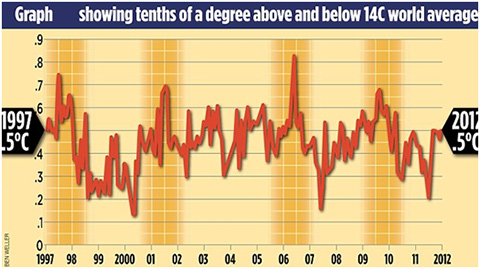 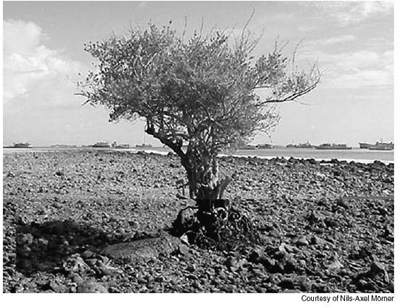 Figure 2 Tree that was destroyed by Global Warming Advocates

The following OpEd paragraph with My Emphasis added highlights the real Rub:


A market-based approach, like a carbon tax, would be the best path to reducing greenhouse-gas emissions, but that is unachievable in the current political gridlock in Washington. Dealing with this political reality, President Obama's June climate action plan lays out achievable actions that would deliver real progress. He will use his executive powers to require reductions in the amount of carbon dioxide emitted by the nation's power plants and spur increased investment in clean energy technology, which is inarguably the path we must follow to ensure a strong economy along with a livable climate.


I first heard of the concept of a Carbon Tax straight from the Horse's mouth. Sir Edmund De Rothschild, 30 years ago: when he talked about a future when carbon based energy sources are taxed into subservience Read my previous article Here for full story. Despite claiming to be Republicans, the authors of this OpEd are clearly in favor of further subverting the Constitution and limiting debate via giving tacit approval to the continued Ultra vires expansion of dictatorial decrees aka executive orders emanating from the Executive Branch. Such overreach of executive authority by an autocratic King was the very reason the Declaration of Independence was initially signed and the subsequent Constitution ratified: to limit the power of the Federal Government and prevent the future rise of an autocratic ruler.

Proposing such an overreach of Executive Powers is seditious and treasonous and shows that none of you believe in free speech or the role of Congress, "The Peoples House" to act as the podium for open debate. Is it any wonder as Lord Monckton Explains how Al Gore and people on the left refuse to debate Global warming.

It should be noted that in 2001 the EPA, under Whitman's watch, produced a report detailing the expected effects of global warming in each of the states in the United States. The report was dismissed by President Bush who called it the work of "the bureaucracy." That Bureaucracy is as subversive as ever and yet none of their scandals are on the main stream media radar. As I reported previously:


there needs to be a criminal investigation into how the EPA is operating against "We the people," secretly undermining our energy independence in collusion with the same forces that profit from the energy shortfalls created by the EPA's regulatory environment. The EPA not only helps "friends" Freedom of Information Act (FOIA) requests while frustrating and delaying the requests of those who oppose the EPA's and Globalist's Agendas. (Ret/F)ired EPA Director Lisa Jackson and now two regional administrators of the agency have been found to be using private or fake email addresses to thwart FOIA requests. Additionally they have a secret Sue and Settle scheme to funnel money into the hands of Environmental Activists groups to help bolster their cause. This is plain and simple "Revolutionary Parliamentarianism" and I highly recommend you read the linked article to fully understand the concept. OPEC is not far behind the EPA when it comes to funneling money into environmental groups.


As for the last highlighted phrase spur increased investment in clean energy technology, I ask who, will benefit financially aka Cui Bono, from this increased investment? Are any of the groups or agencies for whom you have represented or sat on various boards thereof potentially going to profit from the June climate action plan? During the release thereof, President Obama angrily blasted global warming skeptics saying he lacked "patience for anyone who denies that this problem is real." Those are the words of a dictator who no longer wishes to debate the facts, who ironically tells college graduates before the latest spate of scandals have erupted:


Still, you'll hear voices that incessantly warn of government as nothing more than some separate, sinister entity that's the root of all our problems, even as they do their best to gum up the works; or that tyranny always lurks just around the corner. You should reject these voices


There are many voices of sanity and reason knowing that the emperor has no clothes and that the real goal is a global Carbon Tax and are still not afraid to speak out. However, It is increasingly obvious that those who are willing to speak the truth on any subject are summarily punished for their candor like Drew Johnson who was dismissed for publishing "Take Your Jobs Plan and Shove it, Mr. President." Perhaps Drew Johnson's subsequent Tweet "I just became the first person in the history of newspapers to be fired for writing a paper's most-read article" Sums up the true business model for the printed media and the role it plays as purveyors of propaganda and not the truth.

It is clear that the power behind the throne likes the idea of a free press and an open debate on any subject from the Phony Scandals to the Economy/Jobs or Global warming about as much as the Devil likes Holy water. In that vein and considering that Drew Johnson's article title was posthumously modified to "President Obama's Policies Have Harmed Chatanooga Enough," your AgitpropEd tile should be changed to:

"Bureaucratic Elites case for Imposing a global Carbon Tax to transfer wealth from America to the third world via unconstitutionally bypassing Congress and supporting the White Castles Autocratic Agenda and trashing of the Constitution."

Soon to be living in the global warming denier's gulag tending the graves of Copernicus and Galileo.