Desmond McGrath
Veterans take on the minions of the Obominator 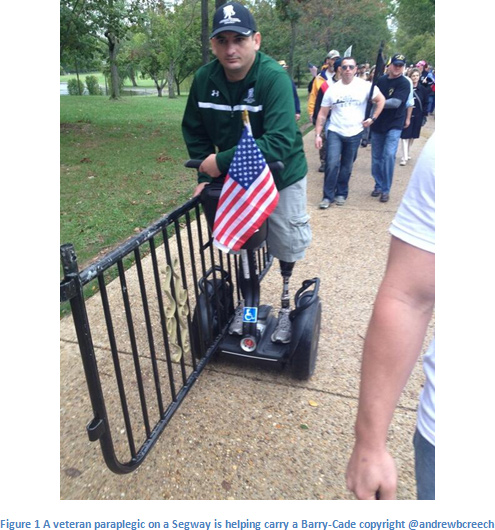 It is not only exceedingly difficult to comprehend the forces at play in Washington during the Million Vet March 10/13/13 as reported by the Blaze; but even more monumental a task to express the concept in a coherent manner; Perhaps it is best summed up by this quote.


"The appalling thing in the French Revolution is not the tumult but the design. Through all the fire and smoke we perceive the evidence of calculating organization. The managers remain studiously concealed and masked; but there is no doubt about their presence from the first." (Lord Acton, Lectures on the French Revolution, p. 97.)


Things do not happen in a vacuum and the alleged public servants of the National Parks Service have either forgotten that they are servants of "We the People" and taken the law into their own hands or are goose stepping to the beat of an unseen drummer further up the chain of command. The question is: where does the buck stop? It is increasingly obvious that the Obama/Reid/Pelosi Democrats are not John F Kennedy Democrats; hell... they are not even Bill Clinton Democrats, despite the significant influence of former members of the Clinton Administration at some of the levers of power.

It must be remembered that Federal Government Shutdowns in its current form did not exist prior to 1980 as it was under Jimmy Carters waning presidency that then-attorney general Benjamin Civiletti was encouraged to issue a legal opinion stating that government work cannot continue while Congress fails to agree to fund it; this as later clarified to mean only "essential" government services could continue without a spending bill. We are now experiencing the second term of Jimmy Carter on steroids.

The question is who and what is essential? It is obviously apparent in the current shutdown that there are studiously hidden, and as of yet unidentified individuals who have adopted the universal policy of it being "Essential to inflict the maximum pain on the public." Monuments and Parks that remained open to the public during the last shutdown in 1995/1996 under the Clinton Administration are now barricaded and guarded with more guards, some in SWAT gear, than they were before the shutdown and there are increasing reports that southern border protection is declining despite increasing evidence that radical Islamists are coming across the southern border. 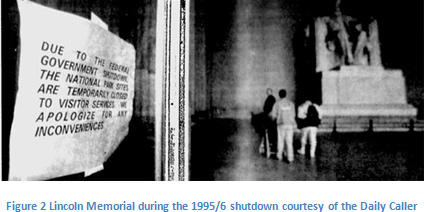 During the last shutdown in 1995/96 the Daily Caller reported that WWII vets organizations continued to staff the USS Arizona Memorial for example.


Although President Obama claims that he can't avoid shutting down public sites and monuments, war memorials were in fact kept open during the 1995/1996 government shutdowns. The administration's decision to barricade the Lincoln Memorial marks the first time in its history the memorial has been totally off limits to visitors during a shutdown.

The administration has also balked at efforts by non-governmental groups to maintain access to public sites. (Related: RNC offers to pay to keep WWII memorial open)

"Despite the federal government shutdown and an unrepaired sign that reads 'Arizona Memorial closed,' tourists are still getting expert commentary about the World War II memorial at Pearl Harbor," wrote the Associated Press on January 1, 1996.

"It's our way of helping to preserve the history of this place," Bob Kinzler, president of the Aloha Chapter of the Pearl Harbor Survivors, told the AP.


It is of vital importance that the rapidly dwindling veterans who lived the victory of WWII and other wars be able to not only visit the memorials of this nation that celebrate their victory, but all memorials that celebrate the rich history of struggle against superior powers that made this great experiment in Liberty the most successful nation in the history of mankind. From wresting liberty from the most powerful war machine of its era, the British Army, or soundly defeating the Barbary Coast Pirates, the Islamist extremists of the era as a young nation, immortalized in the Marine hymn "to the Shores of Tripoli"; this nation has always prevailed against insurmountable odds, perhaps in part due to the Judeo-Christian heritage and divinely inspired Constitution, but more importantly the rugged individualism of American exceptionalism of those who answered the nations call to arms, from women who became Rosie the Riveter, Actors like Jimmy Stewart or more recently exceptional athletes like Pat Tillman.

Perhaps this victory against all odds is most graphically illustrated by a photo I took at the National D-Day museum in New Orleans last Memorial Day. 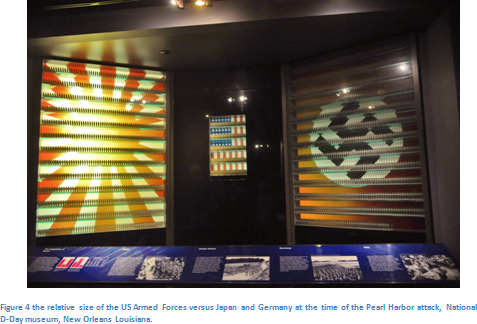 The Veterans of WWI are long gone and there are more than a million surviving American World War II veterans, however according to the VA, WWII vets are dying at a rate of around 680 per day. My entire life has been filled with a reverence for veterans and the MIA, perhaps this was spurred on by the artifacts around my Grandmother's family home commemorating the loss of her brother James Mathew Cron MIA, Monchy-le-Preux 14 April 1917, shown in the following photograph convalescing from a previous wound with his sister.

Of the Royal Newfoundland Regiment, where James Mathew Cron was wounded the first time. It was a magnificent display of trained and disciplined valour, and its assault only failed of success because dead men can advance no further. Major-General Sir Beauvoir De Lisle

The remaining veterans of WWII and other wars act as touchstones to history and help offset the lies and propaganda being foisted on "We the People" by the tyranny of a minority of radical Marxist-Socialists who have conned their way into positions of power in this country. We need go no further than read the lists of grievances in the Declaration of Independence (Please read them now!) to realize that history is repeating itself.

Is it any wonder that history is being expunged from the school curriculum via Commonists Coreupting Children & Parents. "Those who don't know history are destined to repeat it." Edmund Burke

It is heartening to see politicians like Sarah Palin, Mike Lee and Ted Cruz participating in the march and you would do well to see who amongst the Republicrats and Rinos are critical of their efforts to support the Veterans and remove the cancerous blight of Obamacare from "We the People." Despite being a veteran who served with honor and dignity, those like Senator McCain need to be removed from office as they have outlived their usefulness. 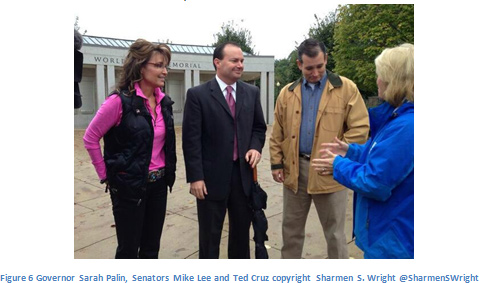 We need to remember that then Candidate Obama made his famous comment about Lipstick on a Pig and now he looks and sounds more like Old Major from Animal Farm every day. We should also harken to then Candidate Obama's quote "We cannot continue to rely on our military in order to achieve the national security objectives we've set. We've got to have a civilian national security force that's just as powerful, just as strong, just as well-funded as our military." @AmericanThinker Is this what was he was alluding to? 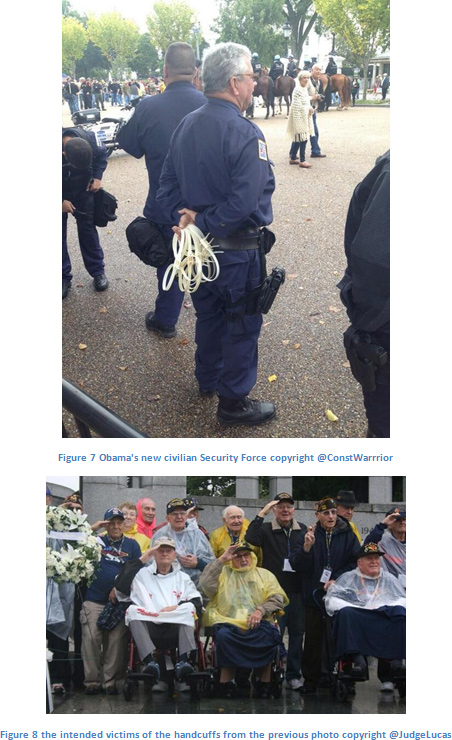 It is repugnant to think that not only the sacrifices made by the greatest generation could be trivialized and dismissed by the current administration, but that the million remaining WWII Veterans alive should be punished by a petty dictator, his Marxist-Socialist czars and other communistic apparatchik that have been anointed by an unholy oil and slid into positions of authority throughout the Federal Bureaucracy. It is clearly the Tyranny of a Minority who are completely out of touch with the heat beat of America as even the Washington Post had a recent article about America being more conservative that it has been in decades and that this shift has occurred in All 50 States.

It's time to weed the Republicrats, Progressives and RINOS from the "Grand Old Party" and start the second American Republic via a Fundamental Restoration of the Constitution back to its original intent and eliminating all the unconstitutional bureaucracy in the District of Corruption. It would do well to recall the last stanza of the famous poem "In Flanders Field" from World War I


Take up our quarrel with the foe
To you, from failing hands, we throw
The torch: be yours to hold it high
If ye break faith with us who die,
We shall not sleep, though poppies grow
In Flanders fields

Composed at the battlefront on May 3, 1915
during the second battle of Ypres, Belgium


I cannot stress the importance of honoring and preserving the legacy of the greatest generation, the Veterans of WWII, those who rescued my friend Phillip Riteman; while not a WWII veteran in the classical sense, he the only member of his family to survive the Auschwitz concentration camp. I implore you to watch this Video HERE listen to him talk about being liberated by the American Forces if you take anything out of this article, listen to him. Pay particular attention to what he says at 2:48 "20 Million Christians died, nobody talks about them"

To realize how far the executive branch and the bureaucracy have devolved in this country we need only look at the statements and actions of past Presidents versus the undocumented current occupant of the Whitehouse, his lack of military service and suspected forged selective service registration card.

"There are no Atheists in Foxholes"

"Jesus Loves me this I know"

Sung by John F. Kennedy's crew and native rescuers after the PT109 sinking

"Whatever we once were, we are no longer a Christian nation"

"If Bess and I had a son we'd want him to be just like Jimmy Stewart." 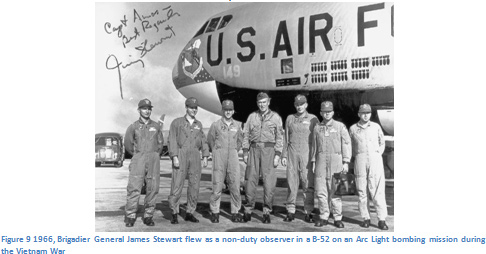 'If I had a son, he'd look like Trayvon' 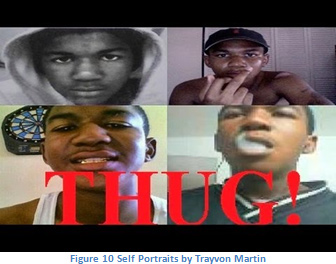