Desmond McGrath
Tipple point for America!
Was the Bergdahl Swap a deliberately manufactured crisis to divert public and media attention away from the latest CO2 Warmongering out of the EPA

June 5, 2014
It would appear that the ghost of Rahm Emanuel, "You never want a serious crisis to go to waste," is still rattling the chains of administrations past in the White House, and this raises serious questions about the timing of the Bergdahl prisoner exchange, considering that there are reports from numerous sources that SSgt Bergdahl was at least a deserter and possibly a collaborator. Then POTUS explains "What Happens at the End of Wars" Really? He follows with an all too familiar moment of vainglorious self-adulation comparing himself to Washington and Lincoln, despite never serving in an army and selling us all into slavery. 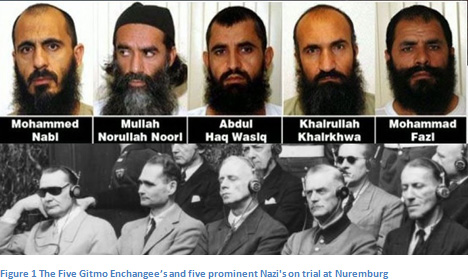 While there may not be a role or situational comparison between Nabi and Goering or Noori and Hess (after all it was the Japanese who bombed Pearl Harbor), it is illustrative on how far America has descended since 70 Years ago today at D-Day when General Dwight D. Eisenhower stated "we will accept nothing less than full victory." WWII ended with a full victory and Germany has become one of Americas greatest Allies, there was not a moment's thought about releasing any of the Nazi hierarchy into their own reconnaissance (most were hanged, many committed suicide and a handful served most of their life in prison before release) under the watchful eye of the Grand Mufti of Jerusalem, while the Nazi Werwolves were still in their post surrender terror campaign. Yet the Taliban Dream Team is being released to as Ryan Mauro describes America's Friend? Terror-Funding Qatar.

In reality there was a hostage exchange that occurred June 2 2014, and while the terrorism threat expanded by 5 masterminds in the Bergdahl exchange it is "We the People" who have become the hostages to an Imperial Presidency with a "Pen and a Phone" who has sold us all into Carbon Dioxide Slavery; there is no end to that war and if anything it is expanding. We have a war on terror yet illegal aliens including terrorists are still pouring over the Mexico/US border with impunity. We have a Trade imbalance war with China who has been attacking us socioeconomically for years dumping sub-par merchandise to our consumers and artificially lowering their currency to attack us in that manner. To quote Peter Navarro, in DEATH BY CHINA:


It is my contention that the current administration is not only surrendering to China, but used the release of the Taliban's "Dream Team" as a smokescreen to divert media and public attention away from it. All one needs to ask "Cui bono?" For whom do the benefits accrue? To quote the middle Stanza of the Poem Cui Bono by Thomas Carlisle:


What is Life? A thawing iceboard
On a sea with sunny shore; –
Gay we sail; it melts beneath us;
We are sunk, and seen no more.


That stanza pretty much sums up the Global Warming now Climate Change end times and the word Tipple in the title was not a mistype but a reference to the Coal Tipples that are being eradicated as a result of the "War on Coal." America is the Saudi Arabia of Coal;


Coal is one of America's most abundant domestically produced energy resources. America has more coal within its borders than any other country with over 260 billion tons of coal reserves. America's recoverable coal reserves has the energy equivalent of 900 billion barrels of oil, more than the Middle East's known oil reserves.

Our abundant coal will provide American families and businesses with affordable electricity for decades to come. In fact, America's 260 billion tons of coal reserves would last 290 years at current consumption rates.

Just as modern life in the United States is unimaginable without electricity, so is the notion that our nation could meet its growing energy needs without coal. Source Americas Power


93% of the coal consumed in the US is used to generate Electricity. Source EIA, Monthly

37% of Americas Electricity comes from Coal which costs less than half the price per BTU as Natural Gas.

I would enjoin you to (re)read my article of last July as it contains additional background information on CO2 and the Presidents climate circus:

Since the major pollutants have been 90% reduced the only way that the EPA can continue growing its bureaucratic leviathan outside the purview of "We the Peoples" representatives in Congress is by declaring CO2 a pollutant and now propose that the CO2 output by power plants needs to be reduced by 30% by 2030, and that Power Bills will increase by only 1 to 3 percent by 2020 and then decrease by 9% by 2030 ranks right up there with 'You can keep your Doktor comrade.' See the article on AZ central; HERE Also it is worth while reading "CO2 Fairytales in Global Warming" Gregory Young on American Thinker from which the following CO2 graph came: 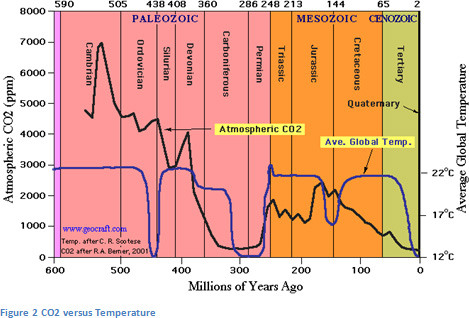 Let's do the math: natural gas is more than $5.00 Per MMBTU Coal is less than $2.50 per MMBTU, so for arguments sake let's say gas it twice the price. Natural gas produces ½ the amount of CO2 per KW/Hr as coal. So to reduce CO2 emissions by 30% by converting from coal to natural gas you would need to convert 60% of the Coal Plants to natural Gas. Without any supply and demand fluctuations in the price of Natural Gas The overall energy price increase for the formerly coal fired power is


Given that coal currently supplies 37% of the nation's energy and if that energy source increased in cost by 60% then the overall energy cost would increase by 60%X37% = 22.2%

It is highly incredulous to think that natural gas prices would remain stable if 60% of the formerly coal fired plants were converted to natural gas as the laws of supply and demand would predict at least a 20% increase in Natural Gas prices. If that were indeed the case and after the conversion 52.2% of the electric power produced in the US was via Natural gas and the gas price increased by 20% the post conversion energy costs would jump another 52.2% X 20% = 10.44%

The Cost of Electricity would increase by over 30%

So not counting the cost of amortizing the conversion of 60% the coal plants to natural gas the cost of electricity would increase by over 30%, so either the EPA has misplaced a decimal point or the calculations have all been done in the Colorado branch offices since marijuana was legalized there.

The real question is why does the United States need to reduce CO2 emissions when they have been steadily declining at the same time China's is skyrocketing, regardless of the fact that CO2 is not proven to be a problem? 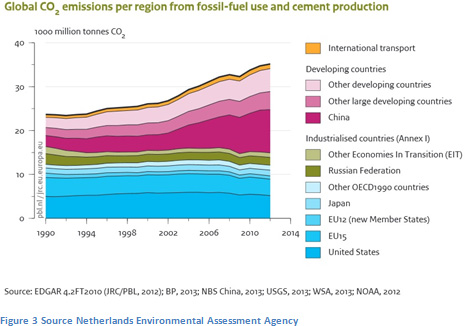 And if this plan is implemented what would happen to the price of coal, considering that 93% of US production currently produces electricity and that were cut by 60%?

What would happen to the coal mining companies if the demand for their product inside the continental US was cut by 60%?

It is my contention that they would be sold off for fire sale prices to China who in 2010 was consuming 50% of the world's coal supply. There is also evidence that China is not only capping off growth in its own coal production because of fears that it will eventually run out, but that it has an active acquisition plan.


"In the three years to September 2010, Chinese companies spent $20.96 billion on overseas coal-sector acquisitions, according to Dealogic."

"Even if no official limits are introduced, China can't keep growing coal output much beyond another decade, analysts say. The mining sector is constrained by chronic infrastructure bottlenecks, especially road and rail, and those coal deposits that are easiest to mine have already been tapped.

Experts are starting to predict when China's coal reserves will run out – a nightmare scenario in a country where 70% of its energy is derived from coal." 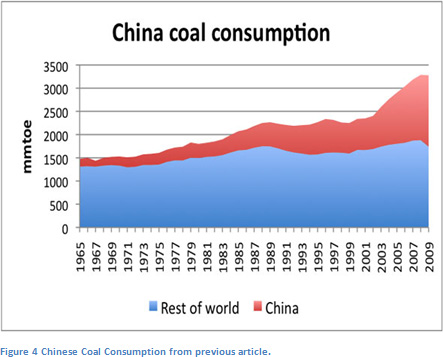 While it may on the surface be a travesty of monumental proportions for the current administration to pardon the "Taliban Dream Team" in favor of an army deserter and now the media spin doctors and propagandists are in overdrive. Perhaps there is a telling note in this article on The Hill :


I firmly believe that the timing and magnitude of the travesty of the Bergdahl trade was scripted by the same White House advisers to provide cover for the June 2, 2014 EPA final assault on coal fired power plants in the USA. The real question is Cui Bono? Clearly the destruction of the American Coal Industry and the continued stalling of the Keystone XL pipeline, have several benefactors. China who is rapaciously hungry for the energy resources to keep fueling its economy plus Saudi Arabia and Qatar who are eager to keep oil prices high! Is it any wonder that Saudi Arabia funds "Grass Roots" environmentalists? Read Why would OPEC give money to the American environmental left? Walter E. Williams

In final analysis releasing 5 leaders of misogynistic, Buddha Bombing, adepts of socioeconomic Neanderthalism back to the task of reverting Afghanistan and the rest of the world into a stone age existence will have less effect at achieving those same goals than releasing the EPA Eco-Gestapo on America in general and in fact provides great cover for the latter to wreak their havoc below decks while media ship of fools fight for Bergdahl sound bites and revisit the Barbary Wars.

It is becoming increasingly obvious that the current administration is at war with America, her people and her founding documents and principles and is more likely to be receiving their higher moral authority from whomever was ultimately behind the Georgia guide stones, or foreign interests in London, Doha, Riyadh or Beijing, than America's Divinely inspired Constitution.