Chip McLean
It starts with Rice: What did Obama know and when did he know it? 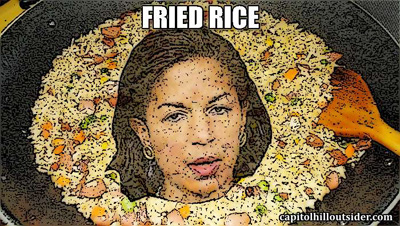 Now that Susan Rice has been exposed as the Obama official who authorized the unmasking of Trump transition team members, it is time to find out what other Obama officials – including Obama himself – knew about this highly unethical, and possibly illegal action by the former national security adviser.

This is the same Susan Rice who told bald-faced lies for days about the Benghazi attack that killed ambassador Chris Stevens and three others. Rice kept repeating the demonstrable lie that the attack was prompted by a video.

This is the same Susan Rice who also claimed in 2014 that Army Sgt. Bowe Bergdahl "served the United States with honor and distinction" and that he "wasn't simply a hostage; he was an American prisoner of war captured on the battlefield." Bergdahl is currently awaiting court martial for desertion and other charges.

Rice claimed as recently as last month when questioned about the unmasking reports that she knew "nothing about this." She might as well have been Hogan's Heroes' Sgt. Schultz saying, "I see nothing, I know nothing."

This is serious business. Americans who are caught up in incidental surveillance in foreign intelligence gatherings are not supposed to have their names revealed, unless this would be relevant to the actual foreign intelligence. That Susan Rice authorized this before and after the election leads to question of motive, and that motive could easily be to harm the Trump campaign and then later, undermine the Trump presidency.

It has now been revealed by former U.S. Attorney Joseph diGenova that Rice ordered "detailed spreadsheets" of Donald Trump and his aides – while he was running for president.

It is difficult to imagine that Susan Rice authorized all of this this on her own.

The investigation into the Trump/Russian election tampering conspiracy appears to be just that – an unfounded conspiracy. If there was any "there" there, we would already know about it.

However, with Susan Rice, we do have a "there," and it is very alarming that efforts were made to "unmask" the Trump team members without cause. Without a valid cause, one can only conclude the worst. Without valid cause, this would have been done for purely political reasons.

The tentacles of this could lead straight to Obama... 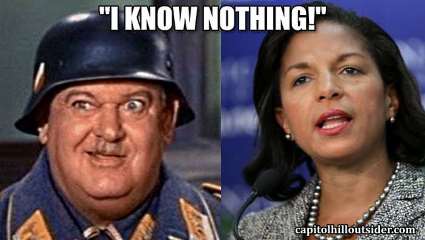