Tom O'Toole
Of Aquinas, Augustine, and Euteneuer: reflections on Fr. Tom on the feast of St. Thomas Aquinas

Respect for the reputation of persons forbids every attitude and word likely to cause them unjust injury...[he] becomes guilty...of rash judgment who, even tacitly, assumes as true, without sufficient foundation, the moral fault of a neighbor...[t]he right to the communication of the truth is not unconditional...[t]his requires us in concrete situations to judge whether or not it is appropriate to reveal the truth to someone who asks for it. — Catechism of the Catholic Church, 2477, 2488

I thought he was a saint; but he turned out to be a bum. — an eyewitness to the damaging effects of several years of Fr. Thomas Euteneuer's exorcisms 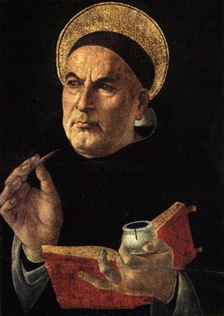 Several years ago, in his inaugural speech as head coach of the Fighting Irish, Charlie Weis began his press conference by publicly decrying the record of his predecessor. While not exactly saying ex-coach Willingham's record was sinful, Charlie did state that he will not accept mediocrity, because "at Notre Dame, 6 and 6 is not good enough." And yet, after being let go himself after finishing his final three seasons with records of 3-9, 7-6, and 6-6, Weis seemed not only baffled at the criticism of his coaching performance, but puzzled as to why all of these pronouncements on his tenure couldn't be made in private. Similarly, Fr. Thomas Euteneuer, former head of Human Life International and Notre Dame Class of '84 and once-bold critic of all public figures who supported abortion and sexual perversity, now also seems offended that his own sexual failings should find their way into print. But with all due respect to CCC #2488, this "concrete situation," like demonic abortion itself, calls for immediate action. For as much as I like the Fighting Irish, there is something greater at stake than football here.

Let's start with what has already been made known about the fall of Fr. Tom. The Diocese of Palm Beach has acknowledged (privately) "at least one inappropriate relationship," while the HLI side said (off the record) that "Father [reportedly] admitted to having 'an inappropriate relationship' with an employee in his letter of resignation [and] a second woman [apparently] came forward to say that Father had engaged in sexual activity with her — not intercourse, but close to it — while he was performing some type of exorcism prayer(s)."

In addition, a culture of negligence (as far as Church authority goes) developed, in which Father Tom, apparently without the official blessing of either the diocese or HLI, flew around the country for years performing prayers and exorcisms on vulnerable women on his own, fueled by cash or checks made out to Fr. E rather than the diocese or HLI. After some initial success with healing, many of these relationships went on for years with minimal positive results; either because exorcism, unlike the Consecration at Mass, is not a sacrament and thus depends on the holiness of the priest for its success, or worse, because (according to another lady who knew him), Father was [sexually inappropriate] with "more than one woman...many women...targeting confused, vulnerable women, often under the guise of spiritual director." Thus, while Fr. Tom might have a case for invoking CCC #2477 if it was just the one or two women HLI acknowledges (since they apparently were paid off and their settlement involved silence) it is for these other women, other victims, that the Catechism allows us to speak out. And if that last scenario allows us to speak out, the following case nearly compels us to.

This week, the vicar general of the Palm Beach Diocese (Bishop Barbarito himself was out of town at the time) while expressing their sorrow for Father's victims, also stated Fr. Tom has been pulled from public ministry and "he will not be doing exorcisms ever again." Although I have no reason to question their sincerity and agree Father's days as the jet-setting performer of "exorcisms-plus" are probably over, the following account (brought to my attention by multiple e-mailers) still gives me cause for alarm. The claim here is that there is a (possessed) woman who rents a room in Father Euteneuer's parents' house, and that Father has gone to perform the prayers of exorcism — ALONE — on her on multiple occasions. Even if this incredible situation somehow proves to be perfectly innocent, it begs comparison (at least to Chicagoans) to Fr. Daniel McCormack, who after being accused multiple times of being a sex offender, had another priest assigned to monitor him. However, McCormack duped his shadow into letting him perform some seemingly innocuous tasks around the parish alone, which enabled him to molest again. Similarly, while Euteneuer's bishop is certainly not about to let Father Tom fly across the country now, who's to say he wouldn't let him go visit his folks? For this reason, not only does HLI and Bishop Barbarito need to make a statement now, they also need to get Father Tom into 24/7 treatment.

For if abortion was accurately described in Euteneuer's book as being "raped by the devil," what would HLI call having sexual relations with a priest who himself may have become infested by demons while fighting them? 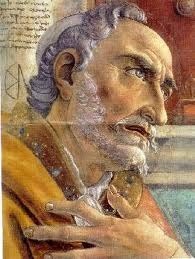 I'm sure to some this article may appear to be the spiritual equivalent of "piling on" Fr. Tom (a man I have long admired) but let me assure you that this is not the case. Unlike most of my sports writing contemporaries, I did not revel in Tiger Woods' dramatic fall from grace, but hoped (and still hope) for his return to golf glory — provided it is accomplished by a true spiritual conversion. Reflecting today on the lives of my patron saints, while I realize it's true Fr. Tom can no longer be an Aquinas (at least the part about his lifelong sexual purity), Father still can become an Augustine. For just as my second patron saint's conversion from playboy into one of the greatest writers in Church history was in some ways more inspiring than the story of a saint who had never fallen, Father Tom's reconversion account could be an inspiration to many in the post-Christian culture of the 21st century. Yes, the road from "bum-dom" back to sainthood is not easy, and a return to a public pro-life/exorcism position must be ruled out. Still, with Father Tom's writing and leadership skills, a great behind-the-scenes ministry (perhaps in a cloistered monastery) is certainly a possibility. For as much as I would love to see a Catholic Tiger Woods win the Masters after seeking wisdom from Summa Theologica between putts, how much more would I rejoice to see Roe v. Wade fall due to the efforts of Fr. Thomas Euteneuer and his new order, the "Priests in Eucharistic Adoration for the Unborn."