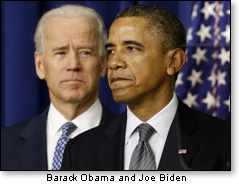 If you ask many Americans today if President Barack Obama deserves to be impeached and removed from office for his countless abuses of power and outright contempt for the U.S. Constitution, the answer you will usually get is "yes, but..." Then such statements often follow as "Congress will never impeach the first black president," or "the GOP doesn't have the numbers in the U.S. Senate to convict, so why try to impeach at all," or "if we impeach Obama, we'll be stuck with Joe Biden as president."

Regarding Biden, the obvious solution is to impeach him along with Obama for his complicity. The Constitution states, "The President, Vice President and all civil officers of the United States, shall be removed from office on impeachment for, and conviction of, treason, bribery, or other high crimes and misdemeanors" (Art. 2, Sec. 4, italics added). This remedy doesn't limit an impeachment action to just one member of a thoroughly corrupt administration.

The other misconceptions above are largely media creations and should not define our options.

That said, I will admit to being fairly skeptical initially about the likelihood of impeachment. It wasn't until I looked at the dismal prospects we face as a nation if we don't do all we possibly can to impeach and replace Obama and his collaborators that I decided to get behind the impeachment effort.

Impeaching Obama is within reach

It's true that the current Democrat-controlled U.S. Senate will not convict and remove Obama. That's why our focus should be on electing an "impeachment Congress" in 2014, thereby replacing those currently in the Senate and House with people who will have the courage and integrity to uphold their sworn oath to protect and defend the Constitution of the United States. In this case, it's their duty to impeach and remove a lawless, dictatorial president – a man who exudes disdain for our Constitution and the rule of law – and his inner circle of accomplices.

Many political pundits are predicting Republicans will win the Senate and pick up additional seats in the House. The opportunity is there. But it's up to us to make sure an impeachment-minded Congress is the result. 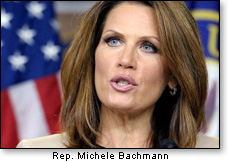 Conservative icon Michele Bachmann recently noted: "In my opinion, yes, the President of the United States has violated the law, but we must have the support of the American people in order to have impeachment."

That is the aim of Pledge To Impeach – to empower and motivate the American people to rise up in defense of our Constitution and our liberties by demanding the constitutional remedy of impeachment be applied to this lawless president (and his equally lawless comrades), and by getting behind candidates who agree.

Additionally, to those who think impeaching Obama is about race, or hate, I say this: We need to get past race in this country to where people "will not be judged by the color of their skin, but by the content of their character" and their actions. Impeaching Obama is about defending the Constitution, plain and simple. Refusing to impeach Obama based on his color is nothing less than an expression of racism.

I suppose you can say I'm old fashioned. I still believe that the United States is a blessing to the world, that God inspired our founders to write the Constitution, that America is indeed exceptional in the sense of the great opportunities and liberties she has offered mankind for over 235 years.

I also believe that it is up to every generation in this nation to "man up" and do its part to preserve the liberties and blessings bequeathed them by their forebears. We are reaping the benefits of their sacrifices (some gave their very lives) and hard work to build the nation we enjoy. 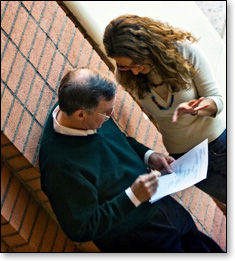 As President Ronald Reagan observed, "Freedom is never more than one generation away from extinction. We didn't pass it to our children in the bloodstream. It must be fought for, protected, and handed on for them to do the same, or one day we will spend our sunset years telling our children and our children's children what it was once like in the United States where men were free."

We are nearing those days if we don't stem the tide of socialism and lawlessness fast overtaking our country at the hands of Obama and his administration.

Therefore, if you love this nation, the inspired Constitution, and your God-given unalienable rights, then you MUST get involved, and get your friends and family involved, in demanding the impeachment of Barack Obama and the top officials in his administration.

I should note that some folks are calling for an outright revolution. We are not there yet. We have the remedy before us. It's impeachment.

The first thing to do is to sign the Petition To Impeach. If you have already done this – thank you.

Next, spread the word through every avenue of communication available to you: the internet, email, social media, word of mouth, posting our banners and fliers in prominent locations, and so forth.

Third, help us get candidates for Congress to sign the Candidate Pledge to Impeach. Be sure to visit the Take Action page at PledgeToImpreach.com and see the downloadable resources available there to help you as a citizen activist. And if you are interested in being a "point person" in this effort, please contact me at stefani@pledgetoimpeach.com.

Fourth, and most importantly, petition God for His help and guidance. Impeachment will only succeed with the assistance of our Creator, God.

We are a nation built on the premise that our Creator granted us our unalienable rights to life, liberty, and property. If we truly believe this – our American Creed – then we must respect and honor the source of our rights, and trust in Him. 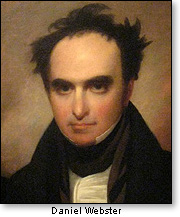 The American statesman Daniel Webster said, "If we abide by the principles taught in the Bible, our country will go on prospering.... but if we and our posterity neglect its instructions and authority, no man can tell how sudden a catastrophe may overwhelm us and bury all of our glory in profound obscurity." He said this in 1852, and it's even more applicable today.

As our nation has done in the past, we are called upon to do again: repent and follow our nation's motto – "In God We Trust" – then will God extend His hand once again and save our country from collapse. To quote the well-known words of 2 Chronicles 7:14: "If my people, who are called by my name, will humble themselves and pray and seek my face and turn from their wicked ways, then I will hear from heaven, and I will forgive their sin and will heal their land."

If we do this, God will grant us the courage and wisdom exhibited by our founders to preserve our Constitution and stop the destruction of our beloved land of liberty, so our posterity might live free of tyranny and servitude.