Wes Vernon
Watch what you say - marching toward the police state?
Enemies of free speech, Part 20

October 5, 2009
Good shot! John Mackey  the boss of Whole Foods  has struck a blow for freedom.

Unlike other businesses that have caved like cheap umbrellas when pressured to steer away from doing or saying anything that runs afoul of "political correctness," Mackey has stood his ground against those urging his customers to take their business elsewhere. So free market groups are striking back by organizing a "buycott" to encourage customers who believe in free speech to increase (or begin) their patronage of Whole Foods. 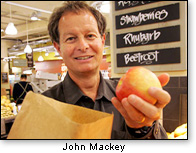 What started it all

Apparently, the organized liberals who love to extol free speech (provided it applies only to them)  and who easily brand as a "bigot" anyone who dares to disagree with them  have once again proven themselves to be the most bigoted people on earth. They are calling for a boycott of Whole Foods.

They went after Whole Foods only because Mackey wrote an article in The Wall Street Journal questioning President Obama's health care plan and proposing alternatives.

The proposed alternatives include removing of obstacles to high-deductible plans and health savings accounts, as his company has implemented; allowing insurance companies to compete across state lines (lowering prices through more competition); and other changes that would increase patient "empowerment, choice, and responsibility." (For more details, see Mackey, Wall Street Journal, August 11, 2009.)

The wine and brie set in the precincts of Georgetown, Malibu, and the Upper West and East sides of Manhattan got all bent out of shape when the Whole Foods CEO and founder wrote that "the last thing our country needs is a new entitlement that will create hundreds of billions of dollars of new unfunded deficits and move us closer to a complete takeover of our health-care system." He points out that our indebtedness is already nearing $2-trillion, while Social Security and Medicare are on the verge of going bust, and "we are rapidly running out of other people's money."

In a follow-up WSJ interview this past weekend, Mackey  a CEO who flies commercial and pays himself just $1 per year in salary  made it clear he is not backing down. He will fight.

So with Whole Foods, it's war between boycott and buy-cott. Having rarely patronized Whole Foods in the past  we'll sign up for the buycott. 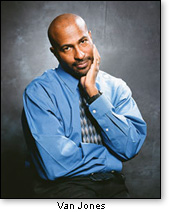 In another era, one would not expect a boycott led by a self-described communist in a president's administration to hold much sway in the decision-making executive suites of corporate America. Apparently, not every corporate CEO has the fortitude of John Mackey.

Some 60 advertisers have allowed themselves to be bullied into yanking their ads from the Glenn Beck show on FoxNews.

Leading that charge is the radical, far-left group Color of Change, founded by none other than Van Jones, who resigned as President Obama's Climate Czar after Beck exposed his radicalism, which included having blamed the U.S. for the 9/11 attacks. Mr. Jones, of course, is entitled to believe that. But Americans have a right to question payment of their tax dollars to anyone in a policy-making or high advisory position whose power of reason is so warped.

That the bigoted left would go out of its way to try to bring down Glenn Beck  who has been doing the investigative reporting the mainstream media should be doing  speaks well of his effectiveness.

We would not presume to tell our readers where they should or should not take their business. But for the record  at least based on reports  the names of the companies that have been cowed into taking their ads off Glenn Beck's program include the following:

We note that none of this deprives the FoxNews network of revenue. The cable network has simply shifted the above ads to other shows on its line-up. Beck still runs ads from political groups and sellers of gold, and seems to maintain a full advertising schedule. We suspect also that Beck is feeling no pain from the sponsor desertion. The ratings have gone through the roof because of his intrepid 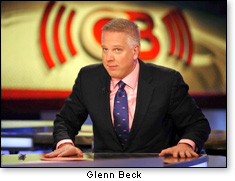 reporting. If the above advertisers don't want his listeners to get their messages, they are simply shooting themselves in the foot. Some of their shareholders may have problems with that.

We intend to review our own list of patronized businesses to check them against the above and take whatever action we deem advisable. What Mackey's backers have shown in the case of Whole Foods is that this boycott business can cut both ways.

It was Vladimir Lenin who once predicted that when it comes time to hang the capitalists, they will bid against each other to provide the rope.

To what extent the Obama White House itself is involved in these arm-twisting, Chicago machine-style, hard-nosed hits on its critics and their right to make a living in "the land of the free" cannot be determined with absolute certainty, but justified suspicion is not a matter of brain surgery here. However, in a well-oiled machine, the president or his staff need not be sitting behind a desk barking orders to their allies. It is just taken for granted that everyone knows without being told that his job is retribution to anyone who raises a head long enough to dissent.

Some administration hit squads are getting downright personal:

Individual Obama critics have been on the receiving end of quick vindictive retaliation. Among those who have either been bounced from jobs or otherwise cut off from sources of legitimate income are 

...Former House Majority Leader Dick Armey, who had to part company with the lobbying firm of DLA Piper. This came after MSNBC raised "unfounded and ungrounded" questions as to whether the former Texas congressman's leadership of the conservative group FreedomWorks was in any way tied to his clients at DLA. FreedomWorks had criticized the administration on everything from "health care" to spending.

...Former New York Lt. Governor Betsy McCaughey, who had to resign from the board of Cantel Medical Group when the group was unfairly connected to her well-researched claims that health reforms would lead to de facto death panels and other undesirable results.

But now, Obama's allies have started picking a fight they likely will ultimately wish they had not started: The Natural Resources Defense Council (NRDC) is trying to pressure Tom Donohue into resigning either from his position as head of the Chamber of Commerce (which is critical of Obama's "climate change" positions), or from his position on the board of the Union Pacific Railroad.

U.P. delivers tons of coal, and NRDC charges conflict of interest  even though the Chamber's position on any issue is determined by a vote of its members (a concept that may sound strange to militant environmental extremist groups such as the NRDC) and is not handed down as marching orders from the leadership. It is not only the coal industry that has some skepticism of the notion that Americans should roast in the summer and freeze in the dark to serve NRDC's concept of "saving the planet."

Anyone who has met Tom Donohue  as I have  knows instinctively that here is "one tough hombre." We interviewed him on the radio years ago when he headed the American Trucking Associations. This man is a fighter. You really don't want to get in his crosshairs. I can't wait for this showdown.

Trying to shut people up

Enemies of free speech always are and always will be out to stifle dissent. Such is the way of dictatorships and would-be tyrants throughout history. Maybe what we need is more Townhall meetings  this time devoted specifically to the issue of free speech. Think your own congressman or senator would take to that idea? He may think he's "above it all," but he also knows you have the collective right to give him his walking papers.