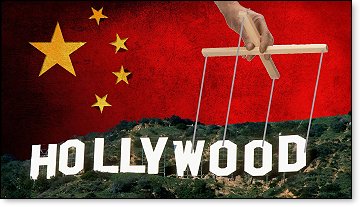 Communist China's seemingly never-ending attempted influence on what you see, read, watch, or do allows no escape at your favorite movie theater. In today's Hollywood, there is one director and that's China. So claims a report by Tony Perkins of the Family Research Council.

As conveyed by WorldNetDaily, that is the biggest partnership that almost no one knows about. When you buy a ticket for the latest blockbuster film, the movie you're about to see was either partially financed by China or altered because of it. This is no small matter: It has been going on for years.

To emphasize what is at stake – in recent and not so recent times, there hasn't been a more powerful influence over Hollywood "than the Communist regime," and in fact, with Chinese ticket sales set to overtake sales in the U.S, that, of course, will make the situation worse.

The FRC believes "the more sinister side to this is that Hollywood will continue catering to China's demands." The Heritage Foundation' s Mike Gonzalez points out that Hollywood has no problem with that. "They don't hide it," he says. "They're happy to submit to the censorship of the Communist Party."

Really?!!!! My-my! Censorship is good? How things have changed since the days of the "Hollywood Ten." That was when the House Committee on Un-American Activities pinpointed Communist penetration of the film industry in 1947.

The U.S. Reds back then and their ilk found their anti-Americanism got them into hot water with their movie fans and landed them some prison time, most notably for Dalton Trumbo. It was the hard left and its followers who were screaming about the evils of "censorship" during that era.

But now things are different. As Heritage's Gonzalez observes, "This is an industry in partnership with the Chinese [Communist] government, a notoriously brutal regime who's turning around and telling places like Georgia: We're not doing business with you because you passed pro-life laws." Talk about censorship.

Here's a Gonzalez food for thought: How come there's never been a movie about China's Tiananmen Square massacre? Hmmm? Tiananmen Square was nothing? Just students crushed by soldiers, blood, death, screaming, scheming. But then Hollywood could not make a movie about that. The Chinese box office would be slammed shut.

As the FRC observes, Hollywood has no problem climbing down from its moral high horse to sell tickets to China where people are tortured and killed. They have no problem with refusing to do business with U.S. states that protect their own people, while the entertainment floodgates are wide open to the butcher of Beijing.

Allegations of communism in Hollywood may be "old hat." However, this takes it to a whole new level with top to bottom coordination between "bad guys" on both sides of the Pacific Ocean.

Question: What does it take to alert America to this situation? Censorship has nothing to do with it. If Americans are bombarded with enemy propaganda, shouldn't they at least know that they are being spoon-fed by an enemy that hopes for their nation's destruction? 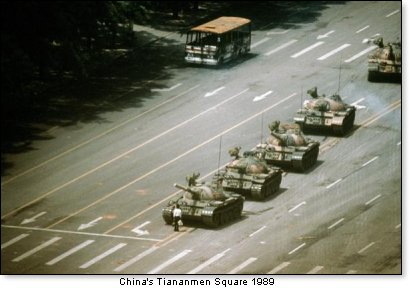