Wes Vernon
The Cold War survives: China takes over for the old Soviets

May 28, 2019
At last! Is America finally publicly off the lure of cheap "Made-in-China" merchandise?

As we highlighted on May 5, a group of American foreign policy experts recently launched the nonpartisan Committee on the Present Danger: China to push for just such an awakening – or a renewed determination to do something about increased Chinese infiltration into America's economy. 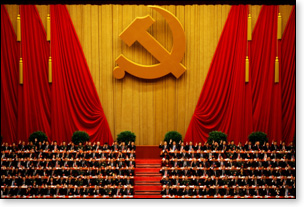 Open-mouthed wonderment is the natural reaction to the naivete of those who assumed that Ronald Reagan's brilliant strategy in causing the collapse the old Soviet Union would mean happiness ever after. Mainly in Disneyland do such fantasies generate permanence to the "Everything's coming up roses" mantra. For, right around the corner lies present-day reality: Communist China.

The hard-boiled realists among "the good guys" are preparing for the fight via the Committee on the Present Danger: China.

The group, according to an internet report, came together this spring to "awaken" Americans to the danger posed by the Chinese Communist Party (CCP) over the country it "misrules."

Included among those on hand for the launch of the new U.S. group were Gordon Chang, advisor to the President; former House Speaker Newt Gingrich; Senator Ted Cruz; and Lianchao Han, co-founder of Independent Federation of Chinese Students and Scholars, an advisor to the president and others.

In a statement, the organization declared, " As with the Soviet Union in the past, Communist China represents an existential and ideological threat to the United States and to the idea of freedom – one that requires a new American consensus regarding the policies and priorities required to defeat this threat."

No doubt, longtime China-watchers are muttering, "Thank you, God! At last, a common-sense consensus on the China threat is emerging."