July 26, 2010
Denizens of the "liberal" media apparently really do get together and plot their propaganda line to be spread to an audience that  in their dreams  is primed for a sheep-like march off the cliff. Why not? Josef Goebbels whipped the Germans into a hatred of Jews. Who says Americans can't be coaxed to loathe conservatives? Or so these would-be propaganda ministers seem to believe. 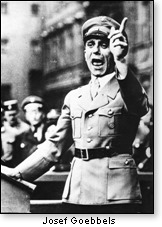 It's easy to snicker at public exposure of these "journalists." But the revelation gives added urgency to the pushback against the Obama administration's zeal to control the media  a fight that may move to the international stage.

That is not hyperbole. The mindset of pure hatred displayed by hundreds of journalists and some academics participating in a cyber-based gabfest is precisely the worldview that would dominate in a government- or UN-controlled media. (More on that below.)

Some of the more conspiratorial-minded amongst conservatives always imagined some "undisclosed location" where left-wing news people agreed on the propaganda message of the day. That theory was usually rejected  until now.

What we have found sounds like a cartoon caricature of the most paranoid "right-wing" nightmares.

The liberal opinion-molders are confident enough, arrogant enough, or stupid enough to think they could avoid detection while plotting their "party line" strategy through what amounts to an internet chat room with about 400 of their best-friend colleagues.

If you follow much of the mainstream media, you may have missed this story. Howard Kurtz did a column on it that appeared in Friday's Washington Post, three days after the story broke on the Web, Talk Radio, and Fox News. And even then, the Post stuck it in its entertainment-oriented Style section. (Anybody here who thinks the liberal media would not have put this news on Page 1 had the secret cabal been on the conservative side? Raise your hand. Nobody?)

In fact, one conservative  Tucker Carlson  applied for admission to this inner sanctum, and the grand pooh-bahs rejected him. Admission to the deep dark exclusive club was by invitation only. Hmmmm. Discrimination? ACLU, anyone? Naw! A self-reliant real journalist who happens to be a conservative doesn't get mad. Nor does he "get even." He just reports the facts. And in so doing, this now-defunct 400-member chat room JournoList (get it? cute name) has been exposed by Carlson's internet blog Daily Caller.

Herewith an excerpt from the beautiful summer valentine emanating from the lair of the compassionate, tolerant, and open-minded:

 If Rush Limbaugh were having a heart attack, I "would laugh loudly like a maniac, and watch his eyes bug out. I never knew I had this much hate in me. But he deserves it."  Sarah Spitz, a producer from an affiliate of the former National Public Radio  NPR  an outlet so certain of its future as to drop its name, retaining only the initials NPR  which now stands for  uuummm  nothing, really.

A smile creeps over one's face at imagining the terror in the eyes of the radio audience if Sarah Spitz's maniacal cackle were to pierce the ever-so-dignified hushed near-whispering reverence that typifies such NPR productions as "All Things Beaten to Death." 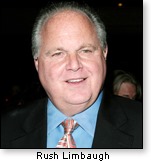 Ms. Spitz has had a bad week for two reasons: 1) She was embarrassed into saying "That's not who I am." Anyone believe that? Again, raise your hand. 2) Rush reported Friday that his doctor pronounced him disgustingly healthy.

There are other mash notes included in this left-wing hate gathering, including plots on how to deal with Sarah Palin and whether the government should shut down FoxNews. If you want more information on these "sick puppies" (Palin's term), you can consult Carlson's website.

The jargon of the secret club is exchanged among liberal journalists all the time. You can pick it up in the congressional media galleries, at the National Press Club bar, Georgetown cocktail parties  all over town. Hey, it's a free country. Of course, they're entitled to let off steam amongst themselves.

What's different about this is we are seeing here not just bar talk, but deliberate organized plotting to skew the news. It goes beyond the "herd instinct." It raises this question: Can a news media with a dominant pro-government worldview  as expressed by the JournoList participants  be entrusted to government (national or international) which is  well, pro-government? That wouldn't be information. It would be a lovefest.

The FCC effort for "Net neutrality"  a thinly disguised power grab for controlling the Internet  is but one example of several efforts in that direction.

Comes now Robert M. McDowell, an FCC commissioner who dissented in the 3-2 to vote on this issue. Writing in Friday's Wall Street Journal, he argues that "the FCC's move to treat broadband providers like phone company monopolies could spur international efforts to regulate the Web" (italics added). (See "The UN Threat to Internet Freedom"  7/23/10.)

McDowell says the scenario "is by no means farfetched" because 1) at two previous meetings (2003 & 2005) of the UN's World Summit on the Information Society, "the U.S. found itself in the lonely position of fending off efforts by other governments to exert UN or other multilateral control over the Internet"; and 2) the action by the U.S.'s own FCC "could spark a possible cascade of international regulation of the Web" by the U.N.'s own International Telecommunications Union (ITU)" at a meeting in Mexico this fall.

The good doctor (Juris Doctor/Doctor of Law) cites as examples of successful government "help" Britain's BBC, China's CCTV and Xinhua, and Qatar's Al Jazeera. All are one-dimensional for socialism, communism, or at best a suspected tolerance for Islamist terrorism. No thanks. U.S. newspapers and broadcast networks have fallen on hard times, but this is like pouring water on a drowning man.

Dr. Bollinger writes of how well government has 'helped" academia. Sure, an example of "diversity" in everything except intellectual diversity (see speech codes, etc.)

Whether from the FCC, the FTC, the White House, the United Nations, or academia  here is the "problem" that causes the left-wing's tender concern for the media:

Ever since Cable TV started in the early eighties, the broadcasters' "Fairness Doctrine" was lifted in the late eighties, and the Internet started up in the mid-nineties, conservative voices have emerged to sass back liberalism's manufactured "conventional" left-tilting 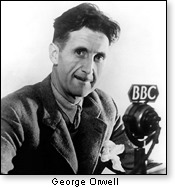 worldview (said views in JournoList above). The "ruling class" (as Angelo M. Codevilla characterizes it in his American Spectator piece) is in angst over the rightward impudence of recent years. They intend to stop it.

They would not be bothered in the least if Journalist-style planning were to occur every day at the highest levels around the world. George Orwell was a visionary, even if his 1984 was a few decades early.