Wes Vernon
The real story of Glenn Beck's exit from Fox?
A scenario that adds up

July 11, 2011
Glenn Beck stepped on a lot of powerful toes while at Fox News, so it was no surprise that his three-year contract ended six months prior to its planned expiration. However..... 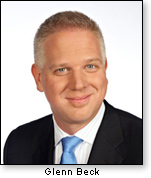 One very likely reason for that goes to an issue that is largely overlooked.

We may never know the whole story — unless Beck uses his new GBTV or an upcoming book to tell us. But 1 — Just because he is a public figure does not mean he is obligated to let us in on the whole story, and 2 — He may very well decide that at this point in his career, he prefers to look forward, focus on his new venture, and not look back.

Both Fox News honcho Roger Ailes and Beck have issued public statements to the effect that the latter's departure was by mutual agreement.

It is well-known that Beck's very public feud with left-wing billionaire George Soros helped propel the Soros machine to double-down on the accelerator of the old moneybag's already well-oiled project to destroy Fox News. And yes, the feud caused Fox some (anticipated) headaches. But going after "Spooky Dude" is more or less expected of a serious conservative commentator.

The figurative scalp of avowed communist Van Jones from his Obama White House job elevated Beck's profile, but led to an organized boycott that lost him some advertisers, notwithstanding his stratospheric ratings at the time. Still Fox stood by its 5 PM (Eastern) hell-raiser.

He also has a uniquely informed take on history — not only on the Founding Fathers and the Constitution — but many other events as well. Beck's penchant for independent thought included a refusal to join the "ruling class" in its propagandistic goose-stepping hatred for Senator Joseph McCarthy. He had author/historian M. Stanton Evans as a guest to provide perspective on that era. (Also see this column's late 2007 series — much of it based on Evans' Blacklisted by History.)

But what was the breaking point?

You might recall that on the night of Beck's last broadcast on Fox — followed immediately by a Q&A on his new web-based GBTV — he said that it was necessary to make the change because he had sold his soul once (presumably a reference to the days when alcoholism had overcome him) and was not about to do it again. What was he talking about this time?

Some clue as to what might have happened (again, we don't actually know) lies in the TV star's interest in the Federal Reserve Board.

Earlier this year, he interviewed G. Edward Griffin, author of The Creature from Jekyll Island, who told the Fox host — just to cite one example — that several members of Congress had told him they had asked to see the gold our government supposedly has under ultra-tight security at Fort Knox, and were refused. 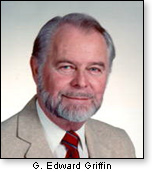 From that comes the speculation — added to Griffin's take on the Fed as a nefarious and unconstitutional power in our society — that there is no gold at Fort Knox. He argues the FRB creates money "out of nothing" and then lends it out in part for purposes antithetical to our nation's well-being.

Griffin's list of why the Federal Reserve Board is a negative factor in our society is listed below, in his words.

1 — It is incapable of accomplishing its stated objectives (i.e., curbing inflation and promoting prosperity unhindered by cycles of "boom and bust").

2 — It is a cartel operating against the public interest.

3 — It is the supreme instrument of usury.

4 — It generates our most unfair tax (inflation).

6 — It destabilizes the economy.

7 — It is an instrument of totalitarianism.

That is a pretty damning bill of indictment of a powerful entity on which in the last 100 years we have come to rely.

The Beck encounter with the Fed is reminiscent of other clashes since the "creature" (Griffin's description) was established in 1913. For example.....

In the nineties, the late Robert Novak wrote an article describing in some detail the elaborate wedding of the then-Fed Chairman Alan Greenspan to NBC reporter Andrea Mitchell.

If there is any facet of the over-the-top ceremony and celebration (or the super-powerful attendees at the event) that Novak overlooked, one would have been curious as to fathom exactly what it was. He went to great lengths to contrast this royalty-like affair to the circumstances of millions of people who live paycheck to paycheck and whose livelihoods, in several ways, were in Greenspan's hands at FRB.

The thrust of what the famous columnist was saying was that the Fed possessed more power than any agency should have in the United States. 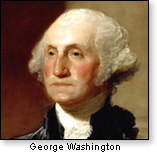 Novak did not write this in his regular column. It was a separate article prepared for Human Events, which front-paged it.

What the Founders said

Griffin quotes the founders as being wary of paper money. George Washington feared our people would be "preyed upon by the more knowing and crafty speculators." George Mason said "Paper money is founded upon fraud and knavery." Thomas Paine said the punishment of a legislator "who should move for such a law [creating fiat money — defined as "paper money decreed as legal tender not backed by gold or silver"] ought to be death."

In the 21st century

Questions abound as to the Federal Reserve System — too many to mention in our limited space. The above issues have been raised repeatedly over the years (BTW — The title of Griffin's book refers to a small island off the coast of Georgia where leading financiers met in 1910 to plan the FRB).

The author theorizes that powerful forces calling the shots in the system are hoping ultimately to channel the Fed (which he says has morphed into a central lender not just for the U.S., but throughout the world) as a vehicle for a world government — likely a "socialist" government, since that system is more controlling and more easily guided. It's not the money, Griffin told Beck one night on TV, since these strong-willed central players have all the money they can hope to spend. The goal is power. 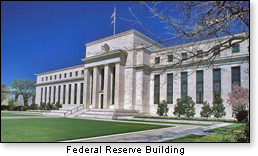 Among the few other authors who have made cogent arguments for curbing an out-of-control Fed are Antony Sutton and Cleon Skousen. Such concerns are being revisited now as our economy is having so much difficulty escaping its sluggishness. More people are out of work and are wondering "Why me?" Ron Paul (not my candidate) is basing his presidential run largely on abolishing the Fed.

Part of the problem over the decades for the explainers has stemmed from the fact that scores of irrelevant "conspiracy theories" have managed to get in the way. Some of them have blamed the "Bilderbergers" or Freemasonry, or whatever. Go down those roads, and you reach a discredited dead-end. The allegations as outlined, whether one believes all of them, are serious in and of themselves without adding all the extra baggage.

Who knows where Glenn Beck is going with this, if anywhere, now that he has his own TV company and is answerable to no one but himself. But it is reasonable to speculate that this issue figured in his departure from even the more conservative-leaning Fox News.