March 12, 2012
You may have heard the late Andrew Breitbart was initially alerted to the Democrat/media complex when that collaboration smeared Clarence Thomas as it fought to block the latter's Supreme Court confirmation in 1991. There is, of course, more to Breitbart's venture into battle against those who would trash his country.

Though l'affaire Thomas was the spark that awakened Breitbart from the leftist environment in which he had been raised, his instinct then was to learn how the slash and burn alliance had gained so powerful an influence in our society. Some larger force — perhaps historical — was behind this. His "sixth sense" prompted him to start digging for the machine's roots or "back story." He just knew the Orwellian scenario (where dark is light and light is dark) could not have emerged overnight.

Breitbart's scholarly research on that very question emerges right in the middle of his memoirs. The inquiring mind from the Hollywood Hills discovered a gold mine of background as to how America's enemies had taken dead aim at his country and had worked for decades to destroy it.

In his 2011 best-seller Righteous Indignation, Andrew Breitbart (who recently met his untimely death at age 43) traces the story of how communism came to America. Rivers of ink have been dispensed to document the many facets and subplots in the drama of the concerted 24/7 campaign to bring Western Civilization to its knees. Those essential investigations of the forces who intend to do us in continue even now in the early 21st century. Meanwhile, Breitbart has offered an abbreviated explanation that is about as concise as one can find with regard to the attack on America.

The conspiracy — in its metaphoric dimensions — represents nothing so much as a giant mowing machine, never deviating from its decades-old goal of smashing America's constitutional, cultural, economic, and political infrastructure.

The take-down of America from within has been sought through more than one avenue, but arguably none so pivotal as the Frankfurt School. Breitbart focuses on that phenomenon in his 21-page chapter Breakthrough.

The author/activist discovered the long-term Marxist crusade to tear-down the United States did not end (as many Americans assumed) when the Berlin Wall came down.

Aside from the Soviet empire and the 100 million people killed at the hands of Communist brutality, Marxism has always had its cultural warriors. Nothing impedes their advance so much as the United States of America.

Our enemies long ago concluded that bringing the U.S. to its knees would involve control of the culture — the everyday lives, and the everyday thoughts, of the citizens.

Breitbart saw those forces at work as a student at Tulane University — what he calls a cultural fascisti. What he saw was campus thought control: elites who decided "what was okay to think and what to write, what words meant, and who was allowed to say them. There were (and are) tribunals without oversight, as kids have been thrown out of college for uttering the wrong sentiments."

But Tulane was a mere microcosm. Cultural Marxism was (and is) pervasive in the mainstream media, Hollywood, education (K-higher ed), and straight on into the government.

America did not simply wake up in the mid-sixties and suddenly embrace the rebellious counter-culture that would define the era. No, those seeds had been planted decades earlier. 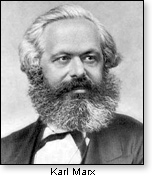 Presidents Theodore Roosevelt and Woodrow Wilson, according to Breitbart, were early U.S. progenitors of the Hegelian theory that drove the early 20th century's so-called "progressive movement." George Wilhelm Fredrich Hegel was a German philosopher who provided the dialectic argumentation for Karl Marx's utopianism — i.e., that human nature could be changed only by destroying the surrounding society.

Of the people no more

As Breitbart informs us, Wilson "frowned on democracy," and "rejected the idea of government by the people," which he believed should be "replaced by elites who knew better than the masses." Or, as he intoned, "Men as communities are supreme over men as individuals."

Fortunately for America at the time, Wilson and progressivism in general were exceedingly unpopular by the time the former Princeton professor mercifully ended his White House tenure.

But for the Marxists — not to worry. Some European Marxist imports would ultimately make their way into our society. The Brown socialists (Nazis) and the Red socialists (Communists) had battled each other on the streets of Germany during the twenties. When one of these two strains of socialism gained power, the other would have to flee. But that gets us ahead of our story:

Prior to the Nazi takeover, Felix Weil, a young radical Marxist from Frankfurt, Germany, organized the Institute for Social Research, quickly dubbed the Frankfurt School. (Breitbart defines the group as "really a precursor to [Obama ally] John Podesta's Center for American Progress.")

The central theme of the "school" was that tearing down society was a pre-condition for the eventual victory of global Marxism; that capitalism had rendered man "weak," which in turn explained why socialism had not come into existence already. (Remember, this was late twenties Europe and North America).

Further the Frankfurt School taught that Judeo-Christian morality must be rejected; that "a worldwide overturning of values cannot take place without annihilation of the solid values and the creation of new ones by the revolutionaries"; and that "critical theory" reflected the school's curriculum.

In fact, Breitbart says "critical theory," as he was taught at Tulane, was "quite literally, a theory of criticizing everyone and everything everywhere."

We might add here that "critical theory" was also taught at Mercer Island High School in Washington State when President Obama's mother, Stanley Ann Dunham attended it. Instapundit informs us the curriculum included 1 — "rejection of societal norms; 2 — attacks on Christianity, the traditional family; and 3 — [assigning the] readings of Karl Marx." That Washington State high school also was "a hotbed of pro-Marxist radical teachers," and had been cited in testimony before the House Committee on Un-American Activities.

After the Brown socialists took over Germany, the Red socialists at the Frankfurt School had to get out of there. And they had nowhere to go except the United States.

"We welcomed the Frankfurt School. We accepted them with open arms. They took full advantage. They walked right into our cultural institutions, and as they started to put in place their leadership, their language and their lexicon, too many chose to ignore them. And the most dangerous thing you can do with a driven leftist clique is to ignore it."

Upon arriving on our shores, Horkheimer, Theodor Adorno, and other Frankfurt School icons initially took up new quarters in Southern California, where they "were disturbed by consumer culture and the Gospel of relentless cheeriness."

As Breitbart opines, "These Marxists were here trying to destroy the best lifestyle man has ever created. If I could go back in a time machine...I would kick these malcontents in their shins."

Ultimately in New York, Columbia University's Sociology Department was dying and only too willing to take in new blood. "They liked what they saw in the Frankfurt School." In fact, "It was a marriage made in hell" (also BTW, a marriage arranged in part by commentator Edward R. Murrow).

Again, quoting Breitbart: "With their tentacles affixed to the institutions of American higher education, the Frankfurt School philosophy began eking its way into every crevice of American culture. Horkheimer's 'critical theory' became a staple of Philosophy, History, and English courses across the country."

Andrew Breitbart identifies Herbert Marcuse as the most significant of what he defined as these "deranged soul[s]" striving to deconstruct the good life."

Marcuse, a "major contributor to the Frankfurt School," was the founder of what came to be known in the sixties as the "New Left."

Herbert Marcuse, a former student of future Nazi philosopher Martin Heidegger, "longed for the moment 'when the spiritual strength of the West fails and its joints crack, when the moribund semblance of culture caves in and drags all forces into confusion and lets them suffocate in madness."

After becoming a U.S. citizen, Marcuse's employment record included a stint for FDR in the Office of War Information (OWI) — a government-backed effort that also included Owen Lattimore, a key figure in steering U.S. policy toward aiding the Communists' takeover of China, a regime whose leaders today threaten us with military might, steal our weapons secrets through industrial and government espionage, and hold a massive debt over our heads in case we get any bright ideas about sassing them back.

Marcuse served in the pre-CIA OSS (a hotbed of communist infiltrators), and in the State Department where he worked to prevent the U.S. from pushing post-war Germany away from socialism. He taught at Columbia, Harvard, Brandeis, and finally the University of California, San Diego.

Much of the intellectual poison in our society is traceable to Herbert Marcuse's mission to dismantle American society by using "diversity," and "multiculturalism," as "crowbars to pry the structure apart piece by piece." He saw a part of his mission as to encourage black opposition to whites (way beyond the civil rights agenda, with its theme equality for all).

In fact, Marcuse whipped up all "victim groups" in opposition to society in general. If you were a happy American who loved his country, you were part of the problem. One of his rallying cries was "Marx, Mao, and Marcuse."

In his Breakthrough chapter, Breitbart goes on to trace the Frankfurt School influence to Saul Alinsky, the "community organizer so influential with Barack Obama." We will deal with that next.

This column has in the past cited the literal hotbed of subversion that is the Frankfurt School. See "The plot against America exposed" (Nov. 27, 2006), where we discuss the book Cry Havoc written (practically on his death bed) by the late Ralph de Toledano, a true giant in the annals of Washington journalism.