March 29, 2012
The voters of Maryland's Eighth Congressional District have an opportunity in that state's primary next Tuesday (April 3) to help send to the House of Representatives a candidate who — metaphorically speaking — knows "where the bodies are buried" in this town. He has been investigating evil-doers for years. From Day One, this candidate would know exactly how to go about gathering information needed to legislate and investigate. Maybe that's why he is being ignored by some local media lords.

The heretofore liberal Eighth District is not used to hearing from a candidate quite like Kenneth R. Timmerman, investigating author, journalist, and activist. Perhaps there are those with concerns as to what we will learn from his intrepid probes as an investigating member of Congress.

Mr. Timmerman is Executive Director of the Foundation for Democracy in Iran. That organization — as its name suggests — works to support a free Iran, hopefully unencumbered by an Islamist theocracy such as the current regime whose warlike ambitions threaten the free world with a nuclear holocaust.

Ken Timmerman warned of that danger years ago in his book The Coming Nuclear Showdown with Iran. Powerful people would prefer that the voters not notice that years of abject foreign policy failures have led to that very real threat to American lives on American soil, to say nothing of our allies.

Mr. Timmerman — whose writings have rattled many cages where America's enemies and their apologists dwell — seeks the Republican nomination for Congress in a newly drawn district in and around Washington's Maryland suburbs and farther out rural communities.

The candidate in fact has been investigating government corruption and the sell-off of our national security for nearly thirty years. As is the case with any journalist who follows the truth wherever it leads, Ken has had his run-ins with those in high places and within the mainstream media who dare not venture beyond the boundaries of establishment conventional pieties.

Targets of the Timmerman writings have included (but have not been limited to) so-called "honor killings," which are murders of "infidels" committed (and sometimes covered up) right here in the United States; the extortion racket perpetrated by Jesse Jackson; the whole story of the Clinton administration's corrupt relationships with Communist China (a real-life drama rife with Tammany Hall-style corruption played out on the international stage, complete with added threats to America's security); and how the French government of Jacques Chirac stabbed America in the back when our troops were fighting in Iraq. Lots of people in Washington would not want an investigator with that track record to show up and — just for starters — ask probing questions at committee hearings.

If he takes the oath of office as a new lawmaker from Maryland, a Rep. Kenneth Timmerman will give the job the tremendous amount of focused energy and talent he has expended on so many tasks in the service of his country.

On National Defense — "It is imperative that we maintain America's standing in the world," Timmerman says, "and not bow and kow-tow to tyrants and dictators."

Largely because of that mindset, the candidate has been endorsed by such notables in the national security field as former Ambassador John Bolton; former CIA Director James Woolsey; Reagan Navy Secretary John Lehman; Frank Gaffney, veteran of the Reagan Pentagon, now President of the Center for Security Policy; and Andrew McCarthy, lead prosecutor in famous terrorism cases, including 12 defendants convicted in the first World Trade Center bombing — as well as veteran actor/talkshow host/ former Congressman Fred Grandy and his wife Catherine Mann Grandy, both known best in recent years for their forthright stands against America's enemies. (Not news, according to the local sheet owned by the Washington Post. Surprise!)

Count on a Congressman Timmerman to raise the profile of what will be one of the most deadly threats in this nation's history: Electro Magnetic Pulse (EMP) — an expected attack (not a question of if, but when) on the nation's power grid.

Enemies are fully aware that this solar flare has the potential to knock us back into the 18th century, leading over time to massive starvation and widespread death. Timmerman cites experts in the field who have warned America is woefully unprepared to counteract an EMP attack. Local media attention to this threat has been the rough equivalent of ho-hum.

Other national security stands taken by candidate Timmerman include: 1 — Get the EPA and President Obama's other heavy-handed regulators off the backs of energy explorers "so we can become truly energy independent." And 2 — Secure our borders immediately; enforce the immigration laws — no more sanctuary cities; and support E-Verify — to make sure prospective employees are actually eligible for employment in the U.S. That program would "put Americans back to work and help small businesses." Tsk! Tsk! What will the Casa de Maryland say about that? (An investigation by Accuracy in Media has spotlighted that organization's corruption and bullying tactics.)

Oh, yes, and to make certain that our democracy should be protected against widespread voter fraud, Ken Timmerman favors Voter IDs at the polling place. Joseph Stalin himself said it's not the people who vote who count; it's the people who count the votes.

Chris Van Hollen, the incumbent Democrat and Nancy Pelosi right-hand man whom Timmerman seeks to challenge, says that requiring a photo ID in order to cast a legal ballot amounts to voter intimidation. (Ah, yes! Who hasn't had the horrifying experience of trying mightily to withdraw $50 from one's bank account only to be asked by an insensitive bank teller to produce a picture ID? All over the land, innocent Americans are running from banks screaming "Intimidation!" Happens every day in this evil society.)

"The best way to create jobs," opines Timmerman, "is through growth, not out-of-control government programs [that cripple] the productive economy."

How can we expect businesses to invest and start hiring if "they don't know what their future taxes, healthcare costs and regulatory mandates will be?" asks candidate Timmerman.

The Marylander says taxes and the threat of excessive taxation and over-regulation are dead weight on the economy. That is exactly what is happening right now. Indeed, one could argue the much-maligned Bush tax cuts would have been more effective had the Democrats not insisted on putting an expiration date on them. That was an openly-advertized built-in threat to slap down small business owners just as they would hope to be expanding and regaining economic stability.

List Kenneth R. Timmerman as an advocate of the Fair Tax, where the income tax and the IRS are simultaneously eliminated. Instead he favors a tax tied to consumer purchases, but with this important caveat: "There is no way I will favor a national consumer tax with the income tax system still in place." The 16th (income tax) Amendment to the Constitution would first have to be repealed. That is his personal outlook on taxation.

Tax reform, he adds, would have to be tied to entitlement reform. Timmerman sees that as "the Great White Whale about to sink our economy...and our seniors and the poor will be left to fend for themselves." 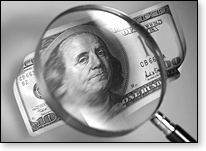 Put it this way: Does anyone really believe we can continue indefinitely to retain entitlement statutes programmed in such a way as to take in through taxes $895 billion and spend $2,070 billion? (the 2010 figures). Comment: Local media can't count their change, I guess.

A new Social Contract in America, Timmerman believes, should be "fair, broad-based" and "will prompt many Americans who otherwise don't pay any attention to the cost or size of government to start asking questions: Why am I paying so much? What is the government doing with all that money? Do we really need all these programs?"

Above all, be assured a newly-minted Congressman Timmerman will vote "aye" on legislation that repeals Obamacare — arguably the biggest monkey wrench to economic growth ever rammed through the Hill, or as the congressional hopeful puts it, "a scandalous government monstrosity."

The would-be congressman advocates that we "promote a culture of life, not a culture that promotes abortion-on-demand at any stage of pregnancy as a 'choice.' This starts by supporting the family as the bedrock of our society, and by supporting nonprofit organizations that help women in need of health care, counseling, and other support." Partial-birth abortion, he contends, is "an abomination." He would defund Planned Parenthood.

The Eighth Congressional District has long been anchored in super-liberal Montgomery County. That has been the source of Democrat Van Hollen's strength.

But the newly-redistricted map has added the more conservative and Republican-leaning Frederick and Carroll counties so that now Maryland's Eighth is about 50.7% Democrat and nearly 49.3% Republican and independent. That means this time Christopher Van Hollen will have to fight to keep his seat. And Ken Timmerman comes to the voters presenting his application and qualifications to replace the ten-year incumbent.

Van Hollen has got to go

The challenger cites Van Hollen's role as chairman and ranking member of the House Budget Committee, where he eagerly assisted in racking up "a breathtaking $5 trillion in new debt." Chris Van Hollen "had his chance to put our financial house in order," adds Timmerman, "He failed. [Chris Van Hollen] has got to go."

The GOP primary is just days away. Again, it will be this coming Tuesday. Timmerman's opponents include Shelly Skolnick (an advocate of higher taxes and pro-abortion policies); David Wallace, who doesn't even live in the district; and Gus Alzona, who wants to repeal the post-9/11 Patriot Act.

By all counts, Timmerman has the best chance of defeating Chris Van Hollen in November. Congress needs a professional investigator who would fill a special role on Capitol Hill to bring sunshine to the unhealthy collusion between the federal government on one hand, and big government and big labor on the other (for which Obamacare was the poster child).

Those who believe it is time to upset some all-too-cozy applecarts can go to www.timmermanforcongress.com and click on Donate to make a contribution.

The Timmerman campaign has gained incredible traction because the candidate is so obviously meant for the job. But the liberal media in the district have all but blacked out the mere mention of his name.

Pro-Americans all across the nation can strike back with a donation today. Such contributions will enable him to go over the heads of the self-appointed media gatekeepers and make direct contact with the voters of Maryland's Eighth Congressional District. Time is short.

2013 may be our last chance to prevent this nation from going off a cliff. An additional well-qualified investigator would be just the right man at the right time.