October 15, 2012
Every week we are confronted with the burning question: Which kind of tyranny does the Obama administration plan for us if it is granted four more years in the White House.

There is good reason to believe that a second term for Obama would be permanent (for him or his anointed successor) — with our elections being pro forma, fraud-controlled top-down, and securely under the thumb of the liberal establishment whose leaders would be snickering to themselves, "Isn't that cute? Look at them. Americans casting their ballots, assuring themselves they are doing their duty as good citizens. How sweet!" 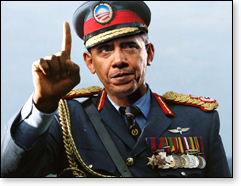 This administration has for almost four years held secret meetings plotting to dictate the lifestyles of supposedly free Americans. Obama wants to destroy their suburban neighborhoods.

His plans reflect a fair dose of aggressive socialism — not merely the Fabian variety, odious as that is. Mix a little communism and fascism, and you have a perfect recipe for Mr. Obama's grudge-driven payback agenda. The examples, laid out in this series, show a pattern that provides many examples of that mindset.

Hustling the bust of Winston Churchill out of the White House and back to the British embassy was only a hint of what would come. Having spent much of his childhood in places like Kenya, young Barry Obama was imbued at an early age with disdain for Western Civilization.

Shhh! Not until after the election!

Behind the cloistered walls that in previous times housed the likes of Washington, Lincoln, Coolidge, Reagan (freedom-lovers all), Obama and trusted Chicago mentors from his community-organizing days have drawn up a plan to implement one of the most outrageous attacks on free people ever known in the English-speaking world. Names? Michael Kruglik, David Rusk, Myron Orfield — just for starters. Organizations? Start with Building One America.

As with so much of what passes for policy-planning in this administration, the whole thing is all very hush-hush. We have an election coming up, you know. Let the peons wait until the votes are counted before learning what hit them. ("Shhhh!", Michelle Obama actually cautioned an ally who commented on a backchannel move to lay the groundwork for the post-election mischief.)

Regionalism: what is it? 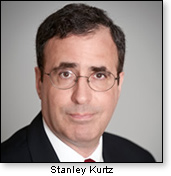 But investigating authors who do their jobs are on to the scheme to eliminate the suburbs by folding them into cities. The result, according to Stanley Kurtz, would be to merge schools, housing, transportation, and — most dear to the hearts of "equalizers" — taxation.

Here's the skinny in a nutshell: Take tax money from the suburbs, give it to the cities.

You may remember that as early as the sixties, the purveyors of the "You will do as I say" brand of governance lamented what they termed "white flight" from cities to the suburbs. That of course, was a slur intended to impugn racial motives to suburbanites who merely wanted a nice home to raise their kids where the chances of their wives and children walking the streets in safety were better. And the schools were safer too.

In his book Spreading the Wealth: How Obama is Robbing the Suburbs to Pay for the Cities, Kurtz says the aims of the "anti-sprawl" movement are:

1 — "Force suburban residents into densely packed cities by blocking development of the outskirts of metropolitan areas, and then discourage driving with a blizzard of taxes, fees, and regulations.

2 — Move the poor out of the cities by imposing low-income housing quotas.

It is unfortunate, but not surprising, that the president and his Chicago mentors — going back to the Saul Alinsky era — see suburbia as a breeding ground for bigotry and greed. That was always a myth, and in 2012, it is discredited at best as old-think and "so yesterday."

Here is one of many reasons why the "hate the suburbs" rhetoric belongs, if anywhere, in a weird time warp: 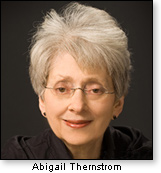 Abigail Thernstrom, vice chairwoman of the U.S. Civil Rights Commission, in a May 19 interview with The Wall Street Journal, puts it this way:

"The civil rights community — they aren't idiots. They know the clock is ticking. If you don't have black ghettos — if 50% of the black population has moved to the suburbs — which is the accurate figure — you've got a problem creating a safe black [congressional] seat."

That comment in itself failed to generate immediate analysis by WSJ. And yet, what it points up is that to the extent race by itself plays any role in the Obama administration's determination to drag suburbanites out of their happy homes all because of the need for "racial balance" in suburbia; he's beating a dead horse on a non-issue .27 percent of suburban America is black. That's more than twice the percentage of the total black U.S. population. So what's the problem?

You have to bear in mind that President Obama, with the collaboration of his buddies from community organizing days, is unhappy when racial issues work themselves out on a voluntary basis. No such amicable solution is allowed. There must be "in-your-face" confrontation." And that is what they plan.....after the election.

Urban expert Joel Kotkin is quoted by Kurtz as saying, "For the first time in memory, the suburbs are under a conscious and sustained attack from Washington." That includes plans to steer up to 90 percent of all future development "into what are already the densest neighborhoods," notes Kotkin. Think that's wild talk? Just wait until......after the election.

The president has been quoted as saying, in effect, the suburbs don't need more highways. In fact, he has hinted that maybe the burbs don't need any highways at all. Perhaps there can be a cutback on maintenance of existing highways. Oh, but this is on the QT. That is, until... after the election. 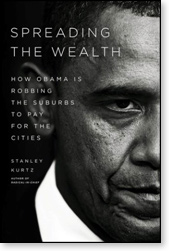 What is President Obama's motive for wanting to pick fights with suburban people — a good, healthy slice of America?

Stanley Kurtz is one of the most effective critics of the president. His investigations of Obama go back to the 2008 campaign when Obama acolytes attempted to shut him up by jamming the phone lines with slurs as he appeared on a Chicago radio talk show.

Kurtz's analysis of what makes Obama tick boils down to this passage in his book:

"For Mr. Obama, however, this game is really about class. The president is a man of the left, and his interest in pushing redistributive schemes designed to wipe out differences of class — regardless of ethnicity or race — is completely sincere, if misguided. Moreover, the regionalist gospel is controversial among many middle class blacks."

Right on, as mentioned above. Kurtz also gives reams of information on Obama's Marxist background, a mindset as well as of those around him. The author is correct. The president is in fact sincere. As we've argued in this space, President Obama fervently believes in the radical "do as I say" leftism that permeates his agenda. He has strong disdain for everything American. He can't help himself. That's who he is. He'll be more candid.......after the election.