February 24, 2014
It took a long time to arrive (about 80 years), but now we are entering what may be the fulfillment of a generations-long dream of aspiring monarchs (or worse): government control of America's media. 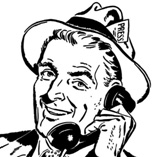 If the latest brainstorm of the Federal Communications Commission (FCC) plays out, we would enter an era where the First Amendment would be a de facto relic of the past. The government would decide for broadcast station managers and news editors what is and what is not in the "public interest." And that goes for newspapers too; even though the print medium doesn't even have a fig-leaf of justification for any government involvement whatsoever. None.

Under the Orwellian moniker Critical Information Needs study, the FCC would send "monitors" into America's newsrooms to "ask questions" about how and why editors and reporters pursue certain news stories and not others. Since the "monitors" would represent the federal agency that has the power to issue and renew (or yank) the station's license, the station personnel would theoretically pay no small obeisance to the "monitor" from Washington. (The term "theoretically" is used here because hopefully, media journalists will not assume the position of the metaphoric "potted plant." See for example Greta Van Susteren's proclaimed vow on Fox News to respond to such an inquisition with a curt "None of your business" (her words, my applause).

Much of America learned of this planned impudence by reading about it in an op-ed in The Wall Street Journal by an outraged Republican FCC member, Ajit Pai. (The commission is Obama-controlled, but by law is required to include minority representation by the opposition party). Apparently, the majority commission Democrats had crafted this plan behind closed doors, and – um – "forgot" to invite the Republican commissioners. 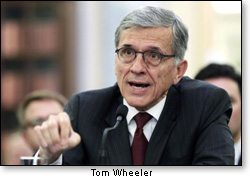 Ummmm, what we meant was...

Now, thanks to searing blasts from a lineup of Fox News reporters and analysts (one after the other) and Rush Limbaugh, along with other radio talk show hosts, the FCC is backtracking (sort of).

Commission Chairman Tom Wheeler acknowledged the previous "draft" announcement "overstepped the bounds of what is required," adding the commission "has no intention of regulating political or other speech." (Oh, of course not! Oh, no, no, no, no.)

Actually, Tim Cavanaugh was the first to publicize the plan last October in National Review. Apparently, we are earnestly urged to believe that back then, the worthies of the FCC majority didn't realize what they had done until one of their GOP colleagues wrote about it three months later in the Wall Street Journal.

So now, having been called out, the commission will "modify" the original draft with a demographic survey that will seek to discover "underserved" consumers in a variety of media "ecologies." Cavanaugh now sees that as possibly attempting to justify "a new race-based media ownership rulemaking."

Hmmmm. Is that the whole story?

Reportedly, this idea has been vigorously promoted by FCC Commissioner Mignon Clyburn, eldest daughter of Congressman James E. Clyburn, the only Democrat in the South Carolina congressional delegation.

You may recall that Congressman Clyburn tried to blame Alaska's Sarah Palin in the shooting of Congresswoman "Gabby" Giffords in Arizona three years ago. Even President Obama refused to pick up on that smear, at which point Mr. Clyburn looked as if he had been stabbed n the back.

One TV report indicated that an entity that stood to benefit from the original policy draft of the FCC is located in Mr. Clyburn's district; but hey, what's a congressman for if he can't perform "constituent service?"

If you're wondering how we ever arrived at the point that a government agency would dare even to propose such an intimidating curtailment of freedom of speech, a little history is in order.

Decades ago, a young college student walked into a small-town radio station and launched a career in broadcasting.

"Looking for a job here?" asked the commercial manager then doing double-duty as an on-air disk-jockey. Handing me a sheet of paper, he added. "Here, kid. I'll put you on the air. At the end of this [musical] record, read this commercial." That was Day 1.

On Day 2 in the business, I learned that the Federal Communications Commission (FCC) regulated every single broadcast outlet (radio and television), even that little teapot on a two-lane highway not far from a cow pasture (and which ultimately "went dark" in 1980).

The tent & the camel's nose

Originally, back in the twenties, the announced purpose for federal regulation was the question of orderliness. Radio stations all over the country were giving birth to this new modern communications enabler, and they were interfering with each other's signals, much to the disadvantage of the public, which ended up in many instances listening to an incoherent jumble of programs that would cancel out each other.

From government: "here to help"

OK, so we had to clear up the chaos; but early-on, almost no one thought of regulating program content. That wasn't an issue at the time. Anyone who might have suggested that President Calvin Coolidge in 1927 harbored the notion of a government clampdown on free speech over news outlets (or anywhere) would have been laughed off the stage. So in 1927, Silent Cal signed legislation creating the 5-member Federal Radio Commission, which in 1934 became the Federal Communications Commission. It was all very innocent. No incoherent radio signals. Who could argue with that?

Ah, but you know government bureaucrats: give them an inch...and they take – well, you now the rest... In the thirties, the policy, backed by the Supreme Court, ended up stipulating that unlike print media, broadcasters conveyed their messages via the nation's airwaves; and since the airwaves are owned by the people, who better suited to regulate them "in the public interest" than the federal government? Alas, tough job regulating those many, many "inches," but somebody's got to do it. 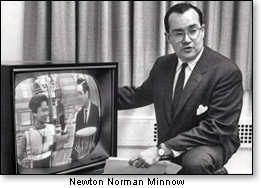 Off to the regulatory races

Over the years, liberals and other leftward-leaners took delight in reminding broadcasters that "you" are not like the newspapers. You must conform to what the FCC defines as "the public interest."

For many years, FCC commissioners were generally very careful to respect the "freedom of the press" issues, and avoid abuse of powers without abdicating legitimate responsibility. The only possible exception was Newton Norman Minnow, appointed by President John F. Kennedy. Chairman Minnow referred to broadcast television as a "vast wasteland," and threatened to use the FCC's licensing power to force the tube to shape up (to meet his approval?). He took some regulatory actions that ultimately led to the creation of PBS – arguably a mixed blessing of some quality entertainment, but which also doubled down on leftwing news bias already evident in some dominant commercial outlets.

In 1949, the FCC crafted the so-called "Fairness Doctrine," widely interpreted by station owners as meaning that if they put a conservative commentator on the air, they were obligated to find a liberal pundit to respond. What they ended up doing (in the interest of avoiding local liberal challenges to their FCC license renewals) was to avoid "controversy" at all costs and feed the public pabulum.

Now to the eighties

Ultimately in 1987, the courts tossed out the Orwellian sounding "Fairness Doctrine," delighting many who saw the doctrine as an infringement on free speech.

On Capitol Hill, lawmakers passed legislation reinstating the doctrine, and here was a rare instance where many conservative lawmakers lost their bearings (Jesse Helms and Newt Gingrich come to mind). They were well-motivated in their fears that without the doctrine, liberalism would dominate the airwaves even more than it already did.

Fortunately, President Ronald Reagan refused to sign the reinstatement bill. (God Bless the Gipper and his down-home common sense, this time with a veto pen) 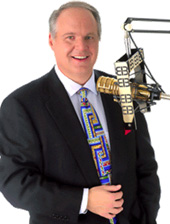 That was 1987...A few months later, in the mid-summer of 1988, Rush Limbaugh launched his mid-day radio talk-show, which – contrary to predictions by established broadcast executives – was and remains a howling success and encouraged many others to follow. (Rush had already succeeded with his format on the local level for about three years in Sacramento.)

So here we are (heaven help us)

However, as this latest move by the FCC demonstrates, the power addiction in Washington survives in 2014. As mentioned above, the latest revision by the commission leaves the door wide open to reviving the "Fairness Doctrine" by other means.

Threatening to shut down media or anyone just because you don't like what that person is saying or printing is so foreign to the American ethos that Lanny Davis, a Democrat lawyer who served in the Clinton administration, questions the "sanity" of whoever hatched the FCC's "CIN" program.

It seems strange that many in the mainstream media were not front and center challenging any administration that would want to silence those who exercise their free speech and freedom of the press. Surely, the legacy media would not want the U.S. to go back to the era when the dominant conversation of the day would be decided by the three big networks and a handful of dominant newspapers. Who wants to return to that? (We will leave you to fill in the blanks.)