Wes Vernon
The Iranian angle in Benghazi (yes, there is one)

June 17, 2014
A veteran investigator and author believes Libyan missiles fell into the hands of Iran's Islamic regime during the disorder that characterized Libya before and after the overthrow of the rule of that country's longtime leader Muammar Gaddafi.

Speaking at a Washington panel discussion on the Benghazi scandal, Ken Timmerman cited multiple confidential sources for his information. Further, he is calling on the special House committee investigating the attack on the American diplomatic facility in Benghazi, Libya, to include a probe of how missiles formerly held by the late Col. Gaddafi "went missing" thanks, Timmerman believes, to Iranian agents. There is ample reason to believe they ended up in the hands of an Iranian regime hell-bent on becoming a nuclear nation with an intent to obliterate the U.S. ("Big Satan") and Israel ("Little Satan"). 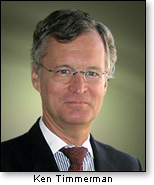 Timmerman, who outlined suspected parts of the missile trail during the chaos that ensued after Gadaffi was assassinated, says that President Obama knew about it, as did then-Secretary of State Hillary Clinton and CIA Director John Brennan.

"It was a legal transmission originally delivered by the Quataris," said Timmerman, who adds further details will emerge in his forthcoming book Dark Forces. Later, when the CIA tried to retrieve the missiles, many were missing. "The mystery is what happened to the missiles." One of them, Timmerman adds, was found on July 12, 2012, two months before U.S. Ambassador Christopher Stevens and three other Americans were murdered.

"Herein lies the Iranian involvement in Benghazi," according to Timmerman, who told his Heritage Foundation audience that he had been told by sources that there were "Iranians all over the place" in post-Gaddafi Benghazi.

The Iranians "were spreading the money around, [and] Iran had sent a two-star general to run the operation," he reported. Further, the veteran investigator added, there are signs that at least two of the our murdered Americans killed in Benghazi were attacked by professionals with expertise and ammunition that strongly suggest the perpetrators were not Libyans. This had all the appearances of "a state-sponsored [Iranian] operation," he charged.

Hillary knows too much?

"This is why this is such a scandal. Hillary Clinton knows this, Barack Obama knows this, and what do they do? They start negotiation with the Iranians. And they start making concessions to the Iranians. They know the Iranians killed some of our soldiers in Afghanistan. They're going to bring Iran in to solve the problem in Benghazi." Ken Timmerman notes that the cover-up quickly brought us a "political scandal of that ridiculous [anti-Muslim] movie." In Egypt, there was indeed a riot over the poorly produced video. All the Obama propagandists did was to take that event (in their false narrative) and move it to Benghazi.

Timmerman is currently a candidate for Lt. Governor of Maryland. That commitment came long after he set his pen to the soon-to-be released Dark Forces. The volume is the result of an investigation he began shortly after the Benghazi attack.

House Committee chairman Trey Gowdy (R-S.C.) thus is handed one more reason to push forward to get to the entire story of the Benghazi.

BTW – Timmerman was an outside investigator after the 911 attack on New York on 2001 that ultimately resulted in a billion-dollar judgment against the Islamic Republic of Iran.