Wes Vernon
On the eve of destruction? (from within and from afar)

August 15, 2014
Back in the near-insurrectionist sixties, a left-wing pop artist, Barry Maguire, made a smash hit, "The Eve of Destruction." It was counterculture propaganda for the time. But today, with the same title (albeit with far different lyrics), the song could be applied to America's current predicament.

For the last half century or so, the certain destruction of electronics in a nuclear war has been considered by most policymakers and students of such phenomena to be just one of those awful things that would happen in a nuclear exchange. Really? Note what follows. 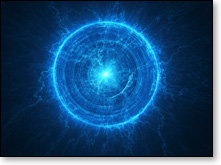 War up close and personal

"We have eighteen critical infrastructures, and seventeen (food, water, communications, finances, hospitals, law enforcement, etc.) all depend directly or indirectly on the eighteenth – the electric grid. But except for some electronic shielding of portions of our strategic forces, little attention has been paid for decades to the ease of an enemy's generating EMPs by detonating a nuclear weapon that is passing above us in orbit and thus bringing our civilization to a cold, dark halt."

And that would be accomplished without physically wiping out whole cities a la Hiroshima 1945. However, most of the population would in fact die.

That chilling alarm bell was sounded before a subcommittee of House Armed Services last month (July 23) by R. James Woolsey, whose expertise in world affairs and national security were intellectually put to good use in a career that included such high-ranking positions as CIA Director.

To be specific, Mr. Woolsey posits frightening scenarios such as.....

"There is now an increasing likelihood that rogue nations such as North Korea (and before long likely Iran) will soon match Russia and China in that they will have the primary ingredients for an EMP attack: simple ballistic missiles such as SCUDs that could be launched from a freighter near our shores." (Italics added).

Where is the urgency?

Now, what to do about it is obvious – but there has been minimal action.

At least two congressional commissions have cited the critical imperative of deploying already existing counter-measures, a 2008 panel specifically citing "surge arrestors" and "faraday cagers" as two examples of devices that could "prevent EMP from damaging electronics as well [as] microgrids that are inherently less susceptible to EMP."

Writing in The Wall Street Journal this week, Woolsey and Richard Pry (a member of one of the commissions) note that such devices have been used by the Pentagon for more than half a century to "protect military and strategic forces."

They put an estimated price tag at around $2 billion. Given that protecting the lives of most of an entire population, and also considering that defending our own people's lives, is one of the rare direct constitutional responsibilities of a federal government that somehow manages to find multitrillions for purposes that are far less urgent, the question arises: Why on earth can we not get going (like yesterday) on saving us from being exterminated from the face of the earth?

The president has signed an executive order to guard "critical infrastructure against cyber attacks." Other than that, nothing that would indicate the bureaucracy grasps the urgency of matching deeds with words on a piece of paper. (Let him sign a document aimed at more open borders with Mexico, and watch the bureaucracy "snap to." That indicates a bureaucratic ability that knows which executive orders merit priority). 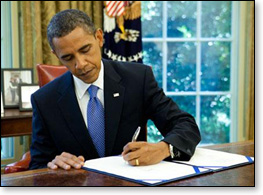 There are periodic outbursts of "racial unrest" (currently in Ferguson, Missouri), that threaten ultimately to generate nationwide racial warfare, with people of the Al Sharpton mentality stirring the pot at every opportunity.

There are persistent conflicting rumors as to whether the president is planning to sign an illegal and unconstitutional executive order granting a form of amnesty to thousands of illegals. The White House denies that was in the immediate offing during his brief return to D.C. before returning to his vacation. There is reason to believe that if this were to happen, it could be the match that lights a long-feared fuse of riots that would make the sixties appear mild by comparison. We can only hope we dodge that blowup again.

Moscow claims its convoy of about 300 trucks at the border of Ukraine is carrying nothing more harmful than "humanitarian" aid. Many Ukrainians are suspicious. If that results in yet another blowup of hostilities, Vladimir Putin could consider it an excuse to take drastic action against the West, possibly against the U.S. in particular.

Who knows whether any of these or multitudes of other trouble spots would spark a crazed individual toward a turn to something as totally wicked as wiping out near-total populations?

Jim Woolsey in his July testimony stated: "The EMP Commission estimates that within 12 months of an EMP event, two-thirds of the U.S. population would likely perish from starvation, disease, and societal breakdown. Other experts estimate the likely loss to be closer to 90 percent."

The Biblical passages (in their various versions) about crying peace "but there will be no peace" come to mind.

Hello! Anybody home? Our leaders need to move forward on the EMP counter-measures...now!