Wes Vernon
Now they're coming for our churches: next?

October 20, 2014
There seems to be no end to the police-state atmosphere that emerges close to home with more frequency these days.

Texas, like most red states, contains small dobs of blue lurking in some of its major metropolitan centers. 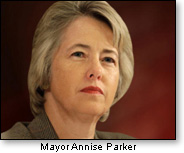 One such place is Houston, a city (ironically) with a history of eschewing and recoiling at the very thought of zoning ordinances.

Who would have thought that such muscular libertarianism could possibly thrive in the same location that has a government whose leaders would countenance – and actually dare to act on – the issuance of subpoenas for church sermons. But that has actually happened. And the response to that, as you can imagine, was lightning quick

Literally overnight, 25,000 signatures, gathered by the Family Research Council (FRC), were affixed to a petition demanding the subpoena's withdrawal. At a news conference, the protest group members had invited their United States Senator Ted Cruz to speak.

The subpoena was issued in connection with the city's newly-enacted "Houston Equal Rights Ordinance" (HERO), recently okayed by the Houston City Council after a long bitter debate (11-6 vote). The measure had the full backing (in fact came at the instigation of) its lesbian Mayor Annise Parker. 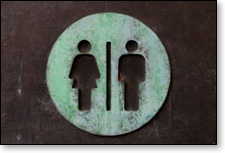 Within the confines of Houston, Texas (and in the name of "no discrimination)," entities that invite the public into their facilities must allow men into the women's room and vice-versa.

Get it? Normal people who think men and women are entitled to their separate restrooms now are designated "bigots" if gay activists disagree.

So is that it? Satisfied now? Nope. You're bigoted if your 5, 6, or 7-year old little girl is not allowed in the bathroom if a man may be there – any man.

This is more or less akin to cutting the dog's tail one inch at a time. Or you could say it is the left's standard modus operandi of the disingenuously political strip tease. First the baby steps; one at a time. It's "the gift that keeps on giving" After all, Hitler didn't start throwing people into ovens the day after he became German chancellor. Other steps had to come first – more gradually. Even arguably the most impatient public figure in history understood that.

It takes time: just wait (or maybe not)

The message they seek to convey goes something like this: Forget ideas that almost every society around the world for centuries has accepted as normal. Do that and we will let you know when you're again entitled to breathe the same air as we, your betters.

Talk-show host Mark Levin predicts down the road, we will be branded as "bigots" if we still oppose polygamy. But hey, why stop there? Some folks believe the same-sex marriage drive is part of a long-range effort on the part of a few to bring down Christianity. I wouldn't bet on that one, but then there was a time (not long ago) when same-sex marriage was off the charts. Exchanging public bathrooms still is; but you have to allow some time (though not much) for the agitation to work.

Houston Mayor Parker and her cohorts, faced with the protest over the subpoena, are doing a "caught-with-the-cookie jar" routine, and are trying to walk it back. She promises a "move to narrow the scope [of the subpoena] during an upcoming court hearing." Mike Huckabee, on his TV show, clearly proved that supposed lack of knowledge on the part of the city was not accurate. 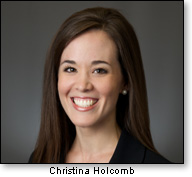 Christina Holcomb, an attorney for the Alliance for Freedom, believes the city was not off the hook simply by such "window dressing" as narrowing the subpoena's scope.

"The way to fix this is to withdraw the subpoenas entirely," she said.

The Bathroom Ordinance, as odd as it is, should not eclipse the precedent that hopefully will not be set by the very act of any government in America to subpoena pastors' prayers or sermons.

That is every dictator's fantasy.

We don't like to think here in America that anything like that could happen to us, notwithstanding incidents (such as in Houston, Texas) that conjure up reminders of other parts of the world that have experienced them, with far more disastrous results than those to which we are accustomed.

There are some here in this part of the world who have fantasized insurrection with violence as not out of the question pending acceptance of their issues. These days that would include "lifestyle" preferences.