Wes Vernon
The silent issue for 2016: shall the Constitution literally die?

January 5, 2016
Though 2016 is the year we pick our next president, Americans also have good reason to approach that all-important event with another year in mind...2020.

Why? Because that is the year in which the very existence of our nation could very well be decided – possibly in any form other than its name, according to plans now carefully and quietly in the making.

Think The Constitution 2020, an actual gathering planned by a Who's Who of left-oriented intellectual elites, seemingly hell-bent on discarding disingenuous claims of honoring any "living, breathing" Constitution, while coming close to saying in so many words – Let's just trash the whole thing and start all over and get it "revised" or "amended" by 2020. 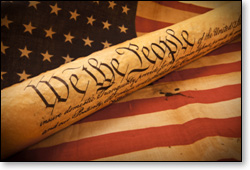 If you wonder why you may not have previously heard about this, consider the fact that the media, to put it mildly, have not exactly provided us with screaming headlines on plans for so nation-changing an event. So here are the facts; judge for yourself:

There is a real plan, funded by real money to bring about a real convention to "amend" the one and only Constitution of these United States of America. It is no figment of one's imagination.

Of course, there's nothing inherently insidious about amending the Constitution. In fact, that very document itself provides for the amending process, but with a methodology that guards our freedom. Amending the U.S. Constitution requires a two-thirds vote in the U.S. House and the U.S. Senate, or "on the Application of the legislatures of two-thirds of the several States." After Congress deals with it, the issue in its final form then goes to the states for a three-fourths final ratification vote in order to make the amendment the "law of the land" and part of our Constitution. As Article V provides, ratification can be done "by the Legislatures of three-fourths of the Several States or by Conventions in three-fourths thereof...." That bears no meaningful resemblance to what The Constitution 2020 has in mind.

The Founding Fathers knew what they were doing when they left the President of the United States officially out of the amendment process. The movement can originate in the states or in the congressional super-majorities. The legislators closest to the people render the ultimate decision. "We the People" again decide.

How charmingly American. The president can have all the pens and all the phones he wants (the latter, of course, unavailable in the 18th century; but in any century, the Constitution makes him a spectator). How deliciously appropriate for a president who delights in ignoring Congress at will. It does assume, though, a Congress with the fortitude to strike back at a chief executive who fails to honor his constitutional limitations. (Unfortunately, at the moment, that's another issue, outlined many times here and elsewhere – hopefully someday to be resolved in our favor because we may soon lose that option.)

The point is there is a constitutionally-approved route for making changes in our governance document, and it goes straight to the people in an orderly, democratic way.

Short-circuiting "We the People"

That democratic method is "hard to detect" in "The Constitution 2020," a plot that is supported by leftist intellects of all stripes. They envision a convention to rewrite that document into a de facto manifesto that is "more progressive." With few exceptions, that wording serves as code language for "socialist."

They will use the terminology "amend." But according to separate warnings written years ago by two Supreme Court justices – Arthur Goldberg (nominated by Kennedy) and Warren Berger (appointed by Nixon) – once a new constitutional convention is convened and underway, it will be too late for "We the People" to stop the agenda. The Father of our Constitution and our fourth president, James Madison, opposed the convention method and in fact "trembled" at the prospect of its potential for run-away mischief. 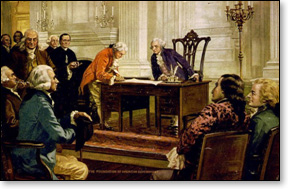 As with Madison in his day, Constitutionalists of the 21st century are concerned – and not without reason – that once such a gathering is underway, there is no way our state laws or any other outside group can control where the delegates go.

The Constitution 2020 has an identified timetable. All of this is supposed to occur, as its moniker suggests, "by 2020." My copy of the calendar is a reminder that in all probability, that convention – would take place prior to the presidential election late in that year.

Which means that whoever is elected President of the United States in 2016 will be in the White House as this bold death-blow to these United States could either be taking place or become a fait accompli.

And your point is...

The fact that the president's constitutional role in this process is essentially to stay out of the way is a reflection of the Founders' suspicion of one-man government.

Other branches of government are made up of a number of individuals or groups or authorities, some with their own fiefdoms, and at least on paper more likely (albeit not always) to challenge an over-reach by the head of state. The presidency, on the other hand, is a one-man show, with others in the executive branch theoretically under his thumb. The Founders anticipated that, at some point, a president might very well succumb to the "power grab" temptation.

Nevertheless, although Mr. Obama has no official input on constitutional amendments, even that doesn't bar him or his acolytes from exerting maximum "off the books" influence. The 2020 scheme's movers and shakers have included the likes of Cass Sunstein and Eric Holder. Anyone who thinks it mere coincidence that they represent Obama influence is a candidate for dreams of the tooth fairy, given Obama's proclivity for "spreading his unauthorized influence" in other spheres.

Ummm. Excuse me, but why have we not heard any talk about this in any of the debates, Democrat or Republican? (I've watched them, but maybe I was out of the room when it came up, though I don't think so.) Even the talk-show hosts haven't made a big stink of this. Perhaps they've discussed it, but I do not happen to have heard them talk about it, and I check to hear some of them quite frequently. However, they're not the basic problem, and they usually do good work. So who's supposedly responsible for keeping us informed?

In whose interest is it to keep this quiet until after the election? No interest among the mainstream media? None? Just "another day at the office?" Really?

Originated how? or where?

There were likely no invitations to a closed-door meeting where a decision was made to sneak this horrific idea under our noses. It would likely be much more subtle than that. No "fingerprints."

Nonetheless, one supposes there would be a big public to-do about the whole thing if the voters knew that within the term of the person they are about to elect President of the United States, a movement aimed at negative consequences for their lives will be at work, complete with a deadline before the end of the 2016-2020 presidential term. Currently, it bears all the markings of an effort to see that the very Document that has set a unique standard of a free life and free will for its people will disappear before our very eyes. 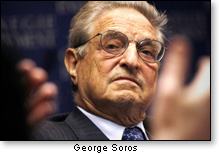 The movement is lavishly funded by George Soros, who has backed the left wing in the U.S. and who has often openly expressed a desire to change America into what he sees as a socialist paradise.

Why isn't the media telling us all this? "Not news?"

There have been some mentions in The Wall Street Journal, a few other print media, and on some websites, including this one (see this column, "Our Next Crisis: The all-out formal death of the Constitution – Is anyone intellectually arming for that?", December 19, 2013)

Okay, let's put it this way: Let's just suppose The Constitution 2020 were funded by – oh, the Tea Party; or the Koch Brothers. You get the idea. Think the mainstream media would not be sounding alarm bells so that every man, woman, and child would know about it? And exactly what is it about the Constitution that the adherents to The Constitution 2020 find so offensive? Again, Later.

Shhhhhh! Keep this quiet. No noise that might arouse the animals before the election.