May 29, 2018
The 1992 Republican National Convention gave a special ovation to the words of one of its speakers, Patrick J. Buchanan, who warned, "There is a religious war going on in this country. It is a cultural war, as critical to the kind of nation we shall be as the Cold War itself." 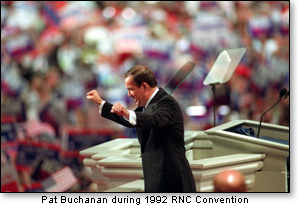 The convention delegates' reaction to that and the rest of the Buchanan speech, which went on in the same vein, rose to the point of thundering approval. There was a smattering of drowned out vocal dissenters among the New Jersey delegation which I, in my capacity as a broadcast reporter, was assigned to cover; but the overwhelming approval among most delegates throughout the massive convention hall in Dallas seemed to reflect a pent-up feeling of "It's about time someone said something about this."

To what extent the Buchanan polemic won the approval of the casual TV viewers in homes across America will never be known. It seemed that any immediate reaction that was positive was cancelled out by the sonorous "Tsk-tsks" and "Tut-tuts" from news commentators in the network booths – the kind the late novelist Allen Drury used to label "Frankly Unctuous." The predictable reaction of the nationwide TV audience in those bygone days of pre-cable television was essentially that Buchanan had overstated. "Religious war? What's he talking about?" But then had we forgotten that GOP delegates at a previous GOP gathering in 1964 in San Francisco had shaken their fists at the broadcast booths when former President Eisenhower referred to "sensation-seeking columnists and commentators?" The "Frankly Unctuous" types in the booths at San Francisco's Cow Palace went on to see to it that the candidate those delegates nominated, Barry Goldwater, was thoroughly trashed before going on to lose the election.

Even later in 1992, some unheard of "progressive" ideas were yet to become issues that "normal people" seriously considered, even though the so-called "new age" had dawned in the late sixties. Not long after that, the deluge. And if author Cliff Kincaid is correct in warning of the cultural map to follow, we "ain't seen nothin' yet." 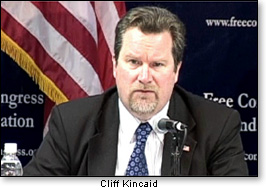 Writing in his book The Sword of Revolution and the Communist Apocalypse, Kincaid starts with the premise that Ronald Reagan's clever plan to bring down the Soviet Union did not – did not – signal the "collapse of communism." We have made that point in this space, that the collapse of an "evil empire" is not the same as killing a powerful and villainous ubiquitous ideological disease that spreads its poison in every corner of the planet. Such is the marking of communism, whose twists and turns have gathered more steam with each decade starting in 1848 in the era of Karl Marx himself.

Cliff Kincaid, a fellow columnist for this website, recounts an interview he held with Paul Kengor (whose writings in the past have been cited in this column). The conversation focused on Kengor's book Takedown: From Communists to Progressives, How the Left has Sabotaged Family and Marriage.

And look: We here do not denigrate individuals – mostly ordinary Americans – who are caught up in the situations described. It would be difficult, if not unfair, to paint so many with a broad brush. We're not here trying to judge individual situations. We are dealing with a relatively few – but powerful – individuals and organized ideologues whose efforts to "change the world" are having negative effects on our society.

New progressives are of the Marxist belief that "progress," as they interpret it, "is not progress as ordinary people understand the term." As Kengor explains it to Kincaid, "new rights are coming all the time, and everything is in a state of evolution." No absolutes? He explains:

We do not end this look at the culture wars with total pessimism, only to offer a word of caution – that a huge battle confronts us as we seek to help this nation of ours continue in one piece. In an era where the minions of an outgoing administration can use its authority to plant a spy in the campaign of a presidential candidate of the opposite party, we can anticipate almost anything, whether political or cultural. 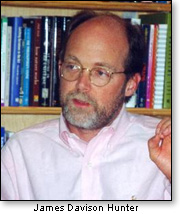 James Davison Hunter, author of the 1991 book Culture Wars: The Struggle to Define America, told the Wall Street Journal this past weekend that the effort for those who intend to counteract rash efforts to toss the lessons of the past and bury them completely from all respectable discourse will have a challenging and, at times, nasty fight because "politics is an artifact of culture," and since progressives (leftists) exert disproportionate power in elite institutions, they will cash out politically in the long term.

Not a cheery outlook – meaning that is a call to political and cultural arms on the part of those of us who want America to remain American.