January 14, 2012
Even those who believe themselves devoted patriots (including devout Christians) may foolishly be enticed by the powers that be, into violating Americans' sacred and essential Popular and national Sovereignties. It has been happening for a long time, now. 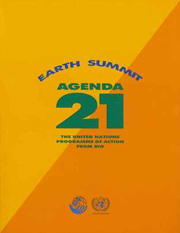 People who believe in a Sovereign nation called the United States of America are being duped into not only violating the mandates of our Constitution, but even worse, into nullifying our own Declaration of Independence from the control of foreign, kleptocratic power.

This is the tragedy for us all, laying under the noses of those who foolishly follow the stratagems of those seeking hegemony over us via "global governance" and it's ploy, "sustainable development," a.k.a., "millennium goals," a.k.a., "green growth," as outlined in United Nations' Agenda 21. It is being executed by ICLEI, regional councils, Barack Obama's Executive Order 13575, and in many other ways governmental and paragovernmental, in corporations, finance, the news and entertainment media, and in eduction.

However, some seem not so fooled.

In alphabetical order, these are positions of the remaining Republican candidates for United States President, regarding this globalist warfare upon America and all the nations of the world.

Newt Gingrich, his opposition to Agenda 21:
Video, "Newt on Agenda 21," uploaded July 26, 2011
Video, "Newt on Agenda21.mov," uploaded September 16, 2011
Counterpoint: Jon Huntsman, a proponent of sustainable development, uses the peer pressure ploy of a propagandist, pardon the alliteration, against those seeking valid science about the climate, instead of the party line of the globalist powers that be:
Video, "Huntsman Spars with Fox & Friends Hosts over Global Warming," August 29, 2011
An article from the ecofascist left, supporting Jon Huntsman over other Republican candidates: Ron Paul, his opposition to Agenda 21, within the limits of a libertarian's revised interpretation of federalism (also declares his opposition the United Nations as a whole, plus the IMF and the Federal Reserve):
Video, "Ron Paul Answers Agenda 21 Question," uploaded August 10, 2011
Rick Perry, his cooperation with Agenda 21 related transnationalist/globalist moves and liaisons: Perry's comments in opposition to drastic policy based upon man-made global warming theory, in this propagandized Associated Press (AP) video:
"Video Essay: Perry vs. Global Warming in NH," August 18, 2011
Mitt Romney, his favoring of and participation in Agenda 21... ...and one may page search "Romney" in this expansive collection of evidence: Romney, during the 2008 campaign, stating that government should at times take the lead in reducing "green house gas emissions":
Video, "Romney answers question about renewables and green jobs," uploaded December 27, 2007
Rick Santorum, answers generally, when asked specifically about Agenda 21:

Bill McNally: [A question about Agenda 21] Question to describe Agenda 21, what it means for America’s sovereignty, and how Santorum, as President, would enforce it. Santorum: There are a lot of things that the U.N. promulgates through its various committees and agencies. The United Nations should serve some (emphasis his) on security issues, but a lot of the policies from the United Nations would be problematic for America. “We will not give legitimacy to UN organisations that promulgate a laundry list of ideas…. [including abortion] I’m not going to, as President, have our country participate in things that are antithetical to our values.” They are trying to impose international law on the sovereignty of the United States. Cited the Rights of the Child as a means of undermining parental authority. [This blogger will note that the Rights of the Child inexplicably does not include the right to be born without someone stabbing you in the head with a fork.]

Directly related, here is an assessment of each candidate's' stance on the question...

For further information on the candidates regarding the American Sovereignties and threats to them, including Agenda 21, see... And for more on Agenda 21, click that tag link, paging/scrolling down to the earliest, first. Caveat: all analysis of the behavior of human beings must be dynamic, not static. Let us keep asking questions. Here is one suggestion for ongoing activism: We look forward to providing further information demonstrating key candidates' stances on America's most essential Sovereignty issues, in future articles and blog entries.

Permission granted to republish this article, in part, or in whole with credit to GulagBound.com and backlink.

hat tip: The many awake, aware, and alert United States Citizens, who are pressing our candidates regarding our Sovereignty, including that done through the Tea Party movement, though others tragically focus only upon money.