A. Mitt Romney has stated his chief political mentor was his father, George Romney.

B. George Romney, a steadfast progressive, credited Saul Alinsky, met with him, and recommended his work.

A+B = Mitt Romney's chief political mentor was a steadfast progressive who credited Saul Alinsky, met with him, and recommended his work.

Mitt Romney's father, liberal Republican George Romney, met with and endorsed infamous progressive activist Saul Alinsky; meanwhile, in a defense of Mitt Romney against charges of racism, the National Black Chamber of Commerce points out the significant influence the elder Romney had on son Mitt and credits the Romneys for a long history of progressive activism. Emphasis mine.

No, Mitt Romney is not a racist. As I researched history, over the years I have come to find that the opposite is the case. The Romney Family has a legacy of pro-civil rights, progressive activism and an understanding of how poverty and inequality can hurt people. 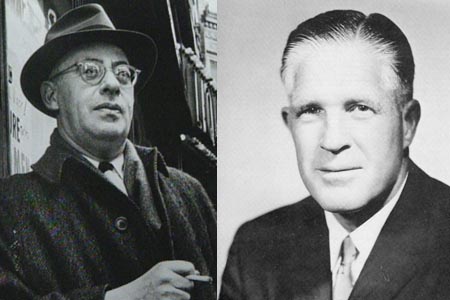 This portrait would jibe with Mitt Romney's image as a progressive Governor of Massachusetts, while suggesting any serious conversion to conservatism would not only entail a change in viewpoint but a rejection of Mitt's Father, George — someone he has regularly mentioned as a major influence while campaigning. Taken as a whole, the new information could serve to fuel existing significant doubt amongst an already skeptical conservative base that Romney's already vague conversion to conservatism is more one of electoral convenience than a principled decision.

During all of this advocacy, his son, Mitt, was evolving as a man. He idolized his father and emulated his legacy. Mitt Romney lived amongst Blacks in metropolitan Detroit. He went to the prestigious Cranbrook School. One of our board members, Claude McDougal, is a fellow alumnus of the school.

Buzzfeed first reported the elder Romney's connection to Saul Alinsky, along with photos of the two men together, in a report from yesterday.

"I think you ought to listen to Alinsky," Romney told his white allies, according to T. George Harris's 1968 book, "Romney's Way." "It seems to me that we are always talking to the same people. Maybe the time has come to hear new voices," he said.

The Progressive Alinsky is infamous and actually toxic on the right. Given George Romney's endorsement of him, coupled with his acknowledged strong influence on son Mitt, will do little to assure suspicious conservatives concerned about Mitt Romney's record as a Progressive, including his introduction of RomneyCare in Massachusetts


Reihl explores further similarity between the Romney campaign and the Alinsky method in his blog, Reihl World View.

This topic has also been explored at sago.com, "When Liberal Governor George Romney Met Saul Alinsky," January 24, 2012. That writer examines Mitt Romney's attack-style campaign tactics for their apparent lack of honesty and compares them with Saul Alinsky's approach.

Key photographs discussed in each article include these (click to enlarge): 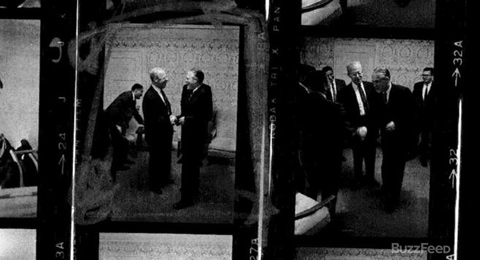 Should Mitt Romney be presented an opportunity to defend himself about this linkage? Surely.

Will that be done in the major, Marxstream media? Perhaps — if Romney secures the Republican presidential nomination.

To reveal my own perspective, along with further disturbing information about Massachusetts Governor Romney, this article is humbly submitted, "Newt Gingrich Now! I Won't Vote for Romney in November — Updated," January 17, 2012. (Note, it was written prior to the South Carolina Primary and is updated with a cautionary recommendation that Newt Gingrich and all candidates must answer further questions having to do with the American Sovereignties — questions which I look forward to presenting soon.)

For a video reminder about Saul Alinsky, we may refer to a recently presented video of Monica Crowley on The O'Reilly Factor.