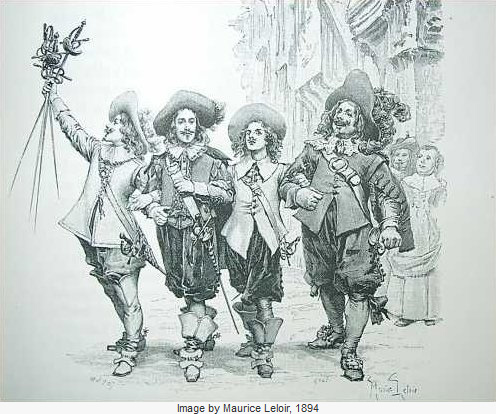 Gulag Bound is a newbie on the scene. We came about on July 4, 2010. Granted, those involved in our research, development, and presentations have been around numerous blocks (and quite a few blocs) and numerous times.

We do follow in the footsteps of heroes. (The common phrase ends in "giants," but we recognize no uberhumans. Even Nietzsche is dead, as Mark Musser has reminded and to at least my knowledge never even had a begotten son.)

In America, when it comes to opposing the ground war against our sovereignty, freedom, livelihoods and lives known as Agenda 21, we gratefully follow along with Three Musketeers and one d'Artagnan. Of course there are others also worthy of mention; some we have and will again.

Conveniently, all four have Web sites and since they do, rather than expound we will show you videos featuring each. We Citizens should know their work well and continue to follow them.


Here they are, listed in a suggested order of those videos.Michael Shaw - President of Freedom Advocates and proprietor of Liberty Garden (freedomadvocates.org and libertygarden.com — bio).


Video, "Tom DeWeese: Agenda 21 & International Redistribution of Wealth"
Patrick Wood - Editor of The August Forecast & Review (augustforecast.com — bio). He is our d'Artagnan, due to his intent focus upon the overlapping subjects of technocracy and globalist power-brokering not strictly Agenda 21.


Video, "Technocracy, Patrick Wood"
So, check in with them as well as Gulag Bound's tag, Agenda 21, when in doubt about green this, sustainable that, and whimpering demise of United States of America the other.

And if you don't want that to happen, get involved — with their efforts and the Sovereignty Campaign, to vet political candidates according to this core and foundation of America, sovereignty, without which we are no more.

May 15, 2020
DonŌĆÖt worry over military-imposed vaccinations just yet; be very concerned about Communist China