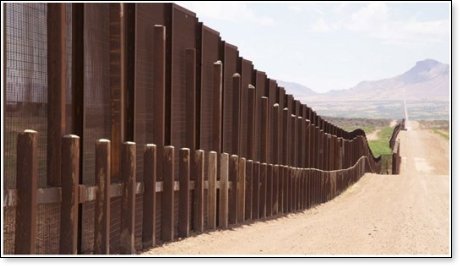 It is frequently stated that the United States is a nation of immigrants. We were a nation of immigrants during the seventeenth and eighteenth centuries, but that it is no longer the case. The history of every nation outside of the African Rift Valley reveals that its early inhabitants were immigrants from somewhere else – true for England, France, Russia, India, China, Japan, etc. Even American Indians were initially immigrants from Europe and Asia. The ratio of legal immigrant to existing American population during the nineteenth, twentieth and twenty-first centuries has been low, reflecting the truth that we are no longer a nation of immigrants; we are now a nation primarily composed of natural born Americans, just as China is a nation primarily composed of natural born Chinese.

In the early years the United States was under-populated and was thus a nation in need of mass immigration, but we are no longer under-populated, so the United States no longer needs mass immigration. I usually find myself bogged down in heavy traffic when driving in American cities and on our Interstate Highways because, with 330 million people, we are now over-populated. Over-population is unhealthy and wrong because it causes air and water pollution, difficult transportation, and when severe enough, a degrading reduction in human liberty.

America needed massive immigration when the nation was young and under-populated, but times have changed. I do not want my children and future grandchildren to live like ants in an overpopulated ant colony. Overpopulation stresses the environment and mathematically reduces individual human liberty, and thereby violates the individual's natural right to the pursuit of happiness, and tends a society toward totalitarian government – all of which is immoral and wrong. The age of massive immigration (legal and illegal) to the United States is over.

It is not immoral or wrong to oppose immigration in the quality and on the scale that now exists in the United States, and especially for immigrants who have been raised with a mentality for serf-like submission to a Socialist Big Brother or to totalitarian Islamic Sharia Law. We should tightly restrict Muslim immigration because their religion contains a totalitarian political ideology which is opposed to the American Declaration of Independence and Bill of Rights; Islamic government is thereby tyrannically and violently opposed to our God-given unalienable human rights to life, liberty and creative pursuit of happiness. We are also saturated with up to 20 million illegal Mexican and Central American Immigrants who have stressed and degraded our healthcare and educational systems, increased unemployment among American citizens, and have thus become an unjust economic burden on hard working American tax payers.

What should be done to help protect our nation from overpopulation, the importation of a totalitarian Islamic political system, and the economic drag of millions of government-dependents? First of all Congress should revoke the Immigration and Nationality Act of 1965, followed by a Federal Law which limits legal immigration to small numbers. We may need certain highly talented individuals to immigrate here, and we should be a haven for a few refugees fleeing injustice or terror, but mass immigration must end because it has come to the point where immigration is harming natural born Americans. Like all other nations, including Mexico, we need rational border and immigration control. Those living under oppressive Marxist-Socialist or Islamo-Fascist governments must eventually amend or overthrow them and establish justice in their homelands, thus eliminating the rationale for immigration. All immigrants to the United States must be required to sign their allegiance to the Declaration of Independence, and obedience to our Constitution and Bill of Rights, because even more that our great flag, that is the essence of America. Anyone refusing to sign should not be here.

Ordinary Americans have enough intelligence and common sense to understand this law, written in plain English, because its meaning is self-evident and does not require explanation by lawyers or un-Constitutional amendment by judges.

"Laws are made for men of ordinary understanding and should, therefore, be construed by the ordinary rules of common sense." Thomas Jefferson

"If you state a moral case [or a law] to a plowman and a professor [or a judge], the farmer will decide it as well, and often better, because he has not been led astray by any artificial rules." Thomas Jefferson

No American Judge, including those on the Supreme Court, may lawfully order an injunction or restraining order against a President's Executive Order if it is authorized by the U.S. Constitution, or by Federal (Congressional) Law in pursuance thereof, because that is the Supreme Secular Law of the Land which all judges must obey and not obstruct. Judicial violation or obstruction of our Supreme Law is judicial tyranny, a treasonous obstruction of American justice at the highest level. No American Judge or Court should be viewed as an infallible priesthood. President Trump and Congress are duty bound to be a check on the Supreme and Federal Courts, including the 9th Federal Circuit Court which is in violation of Federal Law and the U.S. Constitution.

"The dignity and stability of government in all its branches, the morals of the people, and every blessing of society depend so much upon an upright and skillful administration of justice, that the judicial power ought to be distinct from both the legislative and executive, and independent upon both, that so it may be a check upon both, as both should be checks upon that." John Adams

"You seem to consider the judges the ultimate arbiters of all constitutional questions; a very dangerous doctrine indeed, and one which would place us under the despotism of an oligarchy... It [the U.S. Constitution] has more wisely made all the departments co-equal and co-sovereign within themselves." Thomas Jefferson

If the President does not refute or ignore Constitution violating courts, or Congress restrain or abolish them, it falls to the States to nullify their Constitution-nullifying decisions and orders.

"The course & scope of the reasoning [1798 Virginia Resolution] requires that by the rightful authority to interpose in the cases & for the purposes referred to, was meant, not the authority of the States singly & separately, but their authority as the parties to the Constitution., the authority which, in fact, made the Constitution; the authority which being paramount to the Constitution was paramount to the authorities constituted by it, to the Judiciary as well as the other authorities [Congress and President]. The resolution derives the asserted right of interposition [nullification] for arresting the progress of usurpations by the Federal Government from the fact that its powers were limited to the grant made by the States [US Constitution]... The mode of their interposition, in extraordinary cases, is left by the Resolution to the parties [States] themselves...in the event of usurpations of power not remediable under the forms and by the means provided by the Constitution [Article V Amendment]... It is sometimes asked in what mode the States could interpose in their collective character as parties to the Constitution against usurped power. It was not necessary for the object & reasoning of the resolutions & report that the mode should be pointed out. It was sufficient to shew that the authority to interpose existed, and was a resort beyond that of the Supreme Court of the U. S. or any authority derived from the Constitution [Congress and President]." James Madison – 1834 Notes on Nullification

Constitutional Amendment XXVIII is long overdue. It should include, among other things, the following sections:

1. Supreme and Federal Court decisions shall be revoked by Congress with 2/3 or greater vote in both houses

2. The State legislatures in 3/4 majority or greater, the authority which in fact made the Constitution, shall have the power to revoke Federal and Supreme Court decisions, Federal Law, and Presidential executive orders outside the scope of military Commander-in-Chief