March 31, 2012
After seeing the pro-life movie October Baby get bashed by 75% of the film critics and praised by over 90% of the audience, I saw the film myself last weekend and came out of the theatre with two observations. 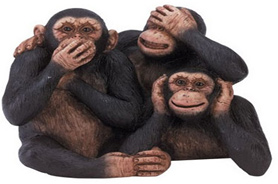 Nowhere is Hollywood's pathetic and despicable hypocrisy, bias, and cowardice more evident than in its handling of abortion. Films like Cider House Rules and Vera Drake, which both displayed abortion as a noble social good removing the chains of ignorance and oppression from women, had no problem getting wide distribution and garnering high praise and awards from all corners of Hollywood. The made for television movie If These Walls Could Talk, which Cher partly directed and starred in, depicts two women who choose abortion as thoughtful victims of an ignorant society and a third who decides against abortion as an ignorant and gullible fool with no legitimate clue as to why she has made the choice. That third woman, played by Sizzy Spacek, is portrayed as a woman yearning for an education who drops all hope of happiness as she prepares to deal with an unwanted child while shining her husband's shoes. The clear message of all three stories is that men are heartless monsters who victimize women with pregnancy, reflecting the Obama message that pregnancy can be a prison and abortion is the get-out-of-jail card that only ignorant, gullible, and backward women reject.

Invariably, Hollywood condemns any pro-life film as blatant propaganda rubbish and any pro-abortion movie as thought-provoking, profound, and insightful. Bella, another beautiful pro-life effort, was criticized this way when it was released a few years ago, and October Baby receives the same treatment from the vast majority of the same critics who nearly slipped on their own drivel in excitement over Cider House Rules and Vera Drake. These films, and If These Walls Could Talk, practically depict abortion as a sacrament and abortionists as its most noble and saintly priests. In Walls, Cher is the smiling, benevolent, comforting, saintly doctor and abortion is the loving, sanitized, practically bloodless salvation from the suffering of an unwanted pregnancy. In the most absurd and truly ridiculous of ironies, this peaceful abortion is cut short by the crazed violence of a bloodthirsty pro-life zealot. Such is the utterly heinous and vile lie sold by Hollywood and the Left. Namely, that abortion is anything near a salvation from violence and harm to women. In the most ironic and detestable of ironies, Cher is practically depicted as an almost Virgin Mary figure gazing over the girl seeking an abortion and, just as suddenly, as a Christ-like sacrificial lamb giving up her life for her noble cause.

If Hollywood portrays abortion and abortionists as a cross between Mother Teresa and Florence Nightingale, what of its depiction of those who oppose this barbaric procedure? In short, they are depicted as stupid, homophobic, sexist, creepy and downright psychotic. From squealing priests and pro-life protestors short a few chromosomes to superstitious dolts with the IQ and common sense of a doorknob, abortion opponents are branded as pathetically evil idiots preventing the enlightened pro-abortion crowd from efficiently and fully dragging society to the modern world.

The Left's Pathetic Scramble to Conceal The Truth is Losing Ground

The Hunger Games has scored box office success while depicting children sadistically enjoying shooting, stabbing, and beating each other to death, . http://au.news.yahoo.com/thewest/a/-/breaking/13311265/parents-warned-about-hunger-games-violence/ in becoming the third most successful opening film of all time after netting $ 155 million in its opening weekend.

Although it only opened in 390 theaters, October Baby earned the second-highest-per screen average, bringing in almost $ 2 million in ticket sales. One of October Baby's directors, Jon Erwin, described how no studio wanted to touch the film because it was considered "too controversial" such that, ultimately, he and the film's other director, his brother Andrew, raised the money themselves, delaying the release. Dr. Ted Baehr, founder of the Christian movie site Movieguide.org, attributes the success of "October Baby" to a strong Christian and moral world view that touches the hearts of those who saw it.

Therein lies the inherent problem with this entire situation. We live in an increasingly anti-Christian, amoral society where a film depicting random, sadistic violence by children against children is gladly accepted and October Baby, which depicts loving forgiveness and a respect for life is bashed as a "slickly packaged...essentially ugly...soapy melodrama.. which communicates in language of guilt and fear...intended to terrify young women" http://movies.nytimes.com/2012/03/23/movies/october-baby-with-jasmine-guy-and-john-schneider.html?smid=tw-nytimesmovies&seid=auto. The film is alternately described as dull, amateurish, weepy, unrealistic, indecent propaganda, better off as a bumper sticker, a campaign video, or an endless lecture by the myriad of critics regularly paid by someone who cares what they think about film.

Fortunately, the audiences who are flocking to see this wonderful film are ignoring, and rejecting, the biased and distorted reviews of these so-called movie experts whose expertise lies in being paid to view and spew their own biases about what they view. As is the case with many issues today, we see the delusions and distortions being sold by the Leftist news and entertainment industry being brushed aside by average people who long for movies about the kind of themes which October Baby supplies in ample measure.

Try as it might, Hollywood will continue to be blind, deaf, and silent regarding the heinous and despicable evil that is abortion. It will continue to peddle its twisted and absurd version of entertainment and reality, where the murder of young life is whitewashed with flimsy explanations, where the fact that a bunch of teens in October Baby travel cross country without having rampant sex is mocked, and where propaganda from the left is spelled reality and reality from the right is spelled propaganda.

I have long argued that Catholic Universities like Georgetown and Fordham have become about as pro-life as Planned Parenthood. Dripping in the social justice drivel which has been used by defiant pro-choice Cafeteria Catholics to defend the woman seeking an abortion over the life of the unborn, these institutions have been far more eager to present rubbish like The Vagina Monologues than beautiful efforts such as October Baby.

Some of October Baby's harshest critics mocked the fact that the film, release by Goldwyn, did not heed one of Goldwyn's most famous lines regarding what movies are supposed to do; namely, "Pictures were made to entertain. If you want to send a message, call Western Union." Anyone who has ever seen Cider House Rules, Vera Drake, and If These Walls Could Talk might wonder why these blatant pro-abortion propaganda efforts are not criticized in the same way by these critics. Given the success of films like Kill Bill and The Hunger Games, it might well be that, when it comes to everything from depicting the truth to glorifying violence while criticizing the pro-life movement as violent, Hollywood and its warped morality relish hearing the director say "cut."