The suit, filed by a former employee of the abortion provider, states that Planned Parenthood trained employees to falsify medical charts to justify billing the federal government for services that were not rendered and also to improperly bill the government for abortion services.

Reynolds was an employee of Planned Parenthood from 1999-2009 and claims the fraud continued during the entire time of her employement.

The Complaint (you can download a pdf of the complaint by clicking here) provides detailed information on how employees were required to go through "powerpoint" training sessions teaching how to defraud federal taxpayers.[ii]

The complaint also quotes internal Planned Parenthood memos directing staff members to alter the reasons for patient visits in order to obtain reimbursement from the federal government for services not provided and for services for which federal dollars cannot be used.

Federal law prohibits the use of Medicaid funds for abortions services.[iii] Medicaid is the Federal program that pays medical services for the poor. The program is administered by state governments and, generally, the federal government provides monies to the Offices of State Attorneys General to prosecute Medicaid Fraud.

"We must get these clients in! This visit is self-pay (meaning the government does not pay for post abortion services). If the client is on birth control make this the focus of the visit..." rather than for a post-abortion visit, which is not covered.[iv]

Ms. Reynolds further states that Planned Parenthood would then require employees to provide a "brown paper bag" to all patients that contained condoms and vaginal film whether or not the patient requested those services.

All patient charts were then reviewed post visit and adjusted to reflect the services not provided, such as "method counseling" which is reimbursement at a rate $30.60 per visit. "Method counseling" is instructing women on how to use different birth control methods.[v]

In this fashion a non-reimbursable post abortion patient visit was converted into a reimbursable "method counseling" session that was not requested nor received. In all, simply by handing the patient a brown paper bag, the Complaint states Planned Parenthood was able to bill federal taxpayers, contrary to law:

c) $30.60 for method counseling (counseling on primary method of birth control, condom use and vaginal film use); and 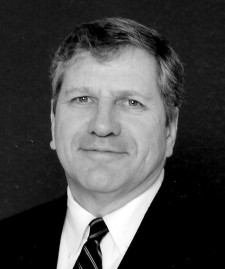 Peter Durkin, who served as CEO of PPGC for 26 years, is named in the Texas Complaint as helping orchestrate the systematic fraud of Medicaid that included falsifying patient records and billing for services that were not requested or medically necessary. Durkin recently announced, after the filing of the Complaint, his retirement.
For each post abortion patient visit, therefore, Planned Parenthood received from taxpayers $57.85 that otherwise should not have been reimbursable.

The complaint states that "[a]lmost all Medicaid patients were handed a bag of condoms and vaginal film despite the fact that the items were not needed or requested by the patient."[vi]

The lawsuit in Texas is a civil lawsuit commonly known as whistleblower suit. Under federal law, a person with inside information about fraud costing American taxpayers can bring a lawsuit revealing the fraud and receiving part of any recovery for the fraud. This generally only occurs if the federal government refuses on its own to initiate the lawsuit. The lawsuit is filed under the federal False Claims Act, 31 U.S.C. ¶¶3729 et. seq.

In the lawsuit Ms. Reynolds also claims that Planned Parenthood required each clinic to set monthly revenue goals and engage in specific and detailed procedures to maximize revenues by billing for services not provided and altering patient files to reflect non-provided services. Ms. Reynolds estimates that fully 1/3 of patient files at the clinic were retroactively altered.

A Pattern of Conduct

Planned Parenthood affiliates in California, New York, New Jersey, Washington and New York City have previously been ordered to refund millions of dollars to the federal government for over-billing Medicaid.[vii]

So far, the only criminal case ever filed against a Planned Parenthood facility is the case I filed on October 17, 2007 in Johnson County District Court in Olathe, Kansas. The case was only filed after an independent judge reviewed the evidence and concluded that probable cause exists to believe that Planned Parenthood committed 107 criminal acts, including 23 felonies for falsifying records.

It was recently revealed that in 2005 the Kansas Department of Health and Environment destroyed original records relevant to the investigation.[viii] The destruction of the records took place while that agency was under the control of former Kansas Governor Kathleen Sebelius and at a time when the Sebelius Administration knew the records were relevant to a criminal investigation of Planned Parenthood. Kansas legislators are contemplated initiating an investigation of the document destruction.

It is also now public that my investigators uncovered evidence that during a time when 166 abortions were performed on child in Kansas in 2002 and 2003 that Planned Parenthood only reported to the state one case of child sexual abuse despite state law requiring reports.[ix]

This information, sealed for years by the actions of the Sebelius appointed Kansas Supreme Court, has only recently come to light.

This documentary evidence combined with direct statements by a Planned Parenthood security guard that he was instructed to "accept all patients" and was told to disregard false identifications provided by children and ignore signs that laws were not being followed provides compelling evidence that the abortion provider failed to follow Kansas law. The evidence from around the nation indicates similar behavior.

Sebelius is now Secretary of Health and Human Services in the Obama Administration. In that role, Secretary Sebelius oversees compliance by recipients of federal family planning funds with state law requiring the report of child sexual abuse. 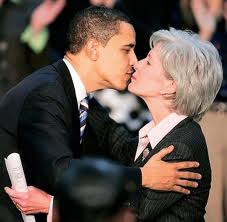 Congress, however, may now be initiating its own investigation. Florida Republican Cliff Stearns, Chairman of the House Committee on Oversight and Investigations Committee has written Planned Parenthood demanding information regarding its billing practices, including internal written procedures and policies.

This philosophy is best reflected in a quote from Mary Calderone, the former National Education Director of Planned Parenthood, in her book The Family Book About Sexuality.[x] On page 178, Ms. Calderone writes:

"One thing is certain, in any cases of sexual contact between a child and an adult where there has been no force or violence, the greater the fuss and uproar the greater the possible damage to the minor. The major effects of such incidents are caused not by the event itself but by the outraged, angry, fearful, and shocked reactions of the adults who learn of it, whether they be parents, relatives, or police. It is these immoderate reactions which may cause whatever psychological damage occurs."[xi]

The time is past for us to continue to ignore the mounting concerns that Planned Parenthood refuses to partner with law enforcement to report child rape.

Kudos to blogger Jill Stanek who first broke the story about the Texas lawsuit. You view her post here.

You can view the Complaint filed in Texas federal court against Planned Parenthood here.

You can view the Exhibit attached to Ms. Reynolds Complaint here.

[iii] The prohibition is commonly referred to as "The Hyde Amendment" and prohibits use of Medicaid resources for abortion services except in cases of rape, incest and cases involving threat to the mother's life or the potential for severe harm to the mother.

[viii] You can read more at: http://standwithtruth.com/uncategorized/the-hundred-million-dollar-shredder-sebelius-defense-of-planned-parenthood/

Phill has recently ended his term in office and currently teaches as a Visiting Law Professor at Liberty Law School in Lynchburg, VA. He is also a nationally recognized speaker. He is the founder of the Amistad Journey Foundation, a project of Life Issues Institute.

December 25, 2009
Avatar the movie: the religion of the left

November 5, 2009
Abortion as "health care reform" is nothing new for Secretary Sebelius