June 1, 2011
After years of fighting its release, on April 27, 2011, President Obama finally released a detailed birth certificate. Well, actually he posted another PDF image online. If the press corps were not paralyzed by fear, a request to inspect the original document would be as natural as a clerk asking for picture ID before accepting a credit card.

After Obama presented the long-awaited document, as one writer notes, "with name-calling, not an ounce of humility, nor an appearance of patriotic servitude," Andrew McCarthy noticed that one of the things Obama said was "unintentionally striking." Mr. Obama "contended that no one should ever have questioned his birth certificate because credible people who had seen it had described it in affidavits. Naturally, he didn't mention why they were in the position of having to describe it in affidavits: namely, because Obama had refused to authorize production of the actual birth certificate, which he could have done at any moment over the last three years."

At this point, should our courageous journalists once again defer to Obama-approved "credible people" to look at the document in secret and then "describe it in affidavits" as authentic? Or should the document be subject to open authentication by actual, certified document experts? I'm going with the latter. If he has nothing to hide, why keep the original under lock and key?

Are we now to believe uncritically that a detailed birth certificate existed all along? If so, was it the birth certificate, the bare-bones certification, or something else that was described by "credible people"? 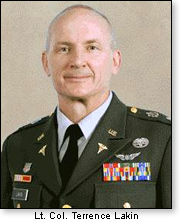 Why did Mr. Obama waste precious resources for years paying high-priced lawyers to block its production, only to eventually post it online? Why did Mr. Obama allow Lt. Col. Terrence Lakin to suffer the pain of imprisonment for requesting to see the birth certificate, only to electronically parade it four months after Lakin's sentencing?

None of this makes any sense. Anyone with two brain cells making contact believed that Obama had something to hide. Yet, the scanned image he posted suggests nothing devastating or even embarrassing to the president. With that being the case, the entire Obama-caused drama is even more bizarre.

Authentication of legal documents is standard procedure. This is especially true in a political context when opponents have every right to ensure the legality of a document presented as proof of a constitutional requirement — and especially when actual production has always been the legal standard, not internet posting.

Numerous graphic artists and computer program experts have discovered a multitude of forensic alteration problems with the online image. For many experts, it's not a matter of if it was altered, but for what reason. But even if the Obama posting did not have glaring problems, the public has a right to be assured of its authenticity — especially after years of stonewalling and deliberate obfuscation.

Dr. Jerome Corsi reports at least one expert is requesting an FBI investigation and criminal charges, and others are filing civil suits in attempts to subject the original birth certificate to examination.

But based on past eligibility lawsuits, the judicial system has not proven itself a helpful resource. Fortunately, there is an easier way to gain access to the document and it's certain to get results — if worded correctly.

Initially, the eligibility bills were a source of bold optimism yet, so far they've been a huge disappointment.

I've pointed out previously that most states are neglecting to define the phrase "natural born Citizen" in the traditional sense as requiring a native U.S. birth of parents who owed no allegiance to any foreign government. That little bit of language is essential to force the federal courts to rule on whether Obama is eligible to appear on the ballots in 2012. 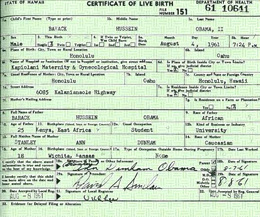 And, now that Obama has posted an image of a birth certificate, the eligibility laws of the states can pave the way to authenticate the original document.

If some of the individual states wish to send document forensic experts to Hawaii to examine and copy Obama's original, embossed birth certificate, precise language must appear in the eligibility law. It is not enough to direct that Obama file the original or true copy of his birth certificate with the respective state's secretary in order to be placed on the state's 2012 ballot. The relevant law must also state something like this: "If a true copy of the birth certificate is filed, the candidate must make his/her original birth certificate available for inspection, examination, and copying."

So simple. But, potentially, so powerful. Of course, time is of the essence.

His opinion commentary has been published by the Washington Times, Virginian Pilot, Pajamas Media, American Thinker and other venues.

His commentary has been quoted by Rush Limbaugh and is widely posted and cited by diverse media outlets.

He can be contacted at montekuligowski@gmail.com

May 16, 2012
A 'sensible' newspaper would demand that Obama produce his records