Frank Maguire
The rule that is golden

October 16, 2010
There once was a ruler who found his great pleasure was making up rules, by which he could measure all else by his standard, so all had to do everything he demanded. No ruler was crueler. 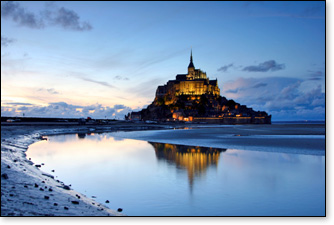 If something was good, he searched every letter to condemn each good by what he thought "better." When others complied to the stern ruler's test, he'd say, "That might be better, but my way's the best."

If something was fair, his desire was to strike it, with no other reason than "I do not like it." (What he most abhorred was being ignored.) When others dissented, and claimed self-reliance, he ruled, un-relented, and called it defiance. No tyrant was greater than this regulator.

The longer he ruled, he became more demanding, and more autocratic and more self-expanding. The more he berated, the less he was sated. No despot could be gratified more than he.

One night in a dream, he heard a voice call, and a large, ghostly finger did write on his wall; he neither was frightened, nor was he enlightened, but called down the law on the Spirit Hand tracing, accusing it of an unlawful defacing.

A wind whistled 'round him — 'twas icily frigid — and the ruler became almost instantly rigid, until he had grown quite as stiff as a stone. And the ruler, amazed, could no longer speak, being frosted and glazed.

There, in glacial silence, the Wind Voice did warn him, informing he had but one choice that could warm him: "If you are to thaw, you'll repent of your flaw, and confess that a ruler must love more than law."

Without further chast'ning (for he was no fool), he took it to heart, for he'd once learned in school, that the rule of a tyrant like grey steel, is cold, 'n The Rule that brings warmth, is the Rule that is Golden.

Now, there's a great monument over the land, where inscribed are the words of the Oracle's Hand: it's blazoned in gold, and in red, white, and blue: