August 2, 2009
I met Warren Kaul when I performed at the O Town Tea Party in Orlando, Florida. He was manning the Fair Tax booth. On stage, Warren expressed his displeasure with Obama's stimulus "nightmare" and his plans to transform America.

Warren was born into extreme poverty and grew up in a two-room shack in the hollows of Charleston, West Virginia. Encouraged by his mother, Warren was the first in his family to graduate 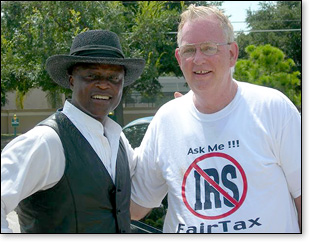 from high school. This was a major achievement for the Kaul family. Warren took it further and graduated from college. Warren's success inspired his two sisters to graduate from college.

In the movie titled "Rudy," Rudy Ruettiger's family were lower class steel workers. No Ruettiger had ever attended college. Rudy achieved the impossible by graduating from the University of Norte Dame. He broke his family's paradigm. Several of his siblings followed earning college degrees. Warren is the "Rudy" of his family. It amazes me how pursuing your dream touches the lives of others in a positive way  a truth socialists do not understand.

Warren's life has been full of challenges. He has suffered with essential tremors all of his life, which made school very difficult for him. His career included teaching special education, sales, training, and running his own business. At age 61, Warren was diagnosed with Attention Deficit Disorder with hyperactivity and symptoms of Asperger syndrome. He is retired.

Despite years of saving and preparing for retirement, Warren's IRA's are greatly depressed. As a result, he cannot remove money without taking a great loss. Thus, Warren and his wife Karen live on Social Security. "Although we are struggling, we are probably in better shape than most people our age," said Warren.

While Warren is not a millionaire, which is the typical marker of great success, I could not help but admire how far this man has come from his very humble beginnings. Warren's character, hard work, and determination to be the best he could be is a great American story. It also confirms the greatness of our country that Obama is determined to change. I am proud to call Warren Kaul a patriot brother in our battle to Take Back America. 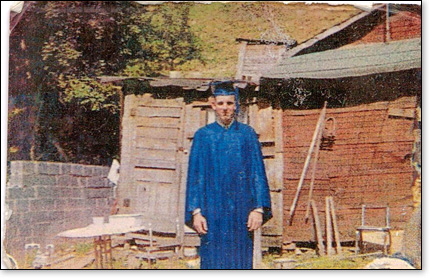