October 25, 2010
The conversation became rather heated in the lounge area of the Tea Party Express IV tour bus between us black conservatives: authors Kevin Jackson, William and Selena Owens and myself. (TheBlackSphere.net) (HigherStandardPublishers.com)

What started the passionate discussion? William Owens talked about a book he was reading which says black America believes they are owed. This is why 96% of blacks ignored principles and values and voted for Obama simply because he is black. Is black America's mindset justified?

Unanimously, we agreed that voting based on race is wrong. Where we disagreed was how best to approach our mission to stop the insanity of blacks continuous monolithically voting for democrats. Every problem in the black community can be traced back to democrats and their so-called compassionate programs. And yet, Dems own the black vote.

We also touched on how the largest killer of blacks in America is abortion and how the most dangerous place in the world for a black child is in its mother's womb. 50% are aborted. (BlackGenocide.org)

How can we change black America's entitlement victim-hood mindset? Someone in our group, thanking Glenn Beck for teaching about black patriots on his TV show, said, "Blacks need to be educated regarding their contributions to America." Numerous approaches were discussed.

Our black conservative discussion group is very encouraged that a historic number, 37, conservative republican blacks are running for House and Senate seats. We vowed to do all in our power to help our fellow black patriots get elected.

We the People/Tea Party Patriots are going to clean house this November voting out the dirty rotten scoundrels who forced Obamacare down our throats. However, this is only phase one of our mission to take back America from the Obama administration which seeks to "fundamental transform it".

Between now and the 2012 presidential election, we black conservatives acknowledge our moral duty to reach out to black America in whatever ways our passions, talents, gifts and God lead. Each of us black conservatives on the TPX tour bus have ideas and initiatives in the works.

One of my colleagues brought up that back in the 50s, despite being challenged with real racism and discrimination, blacks had the dignity of self reliance. Black families were intact. We prospered.

Then, along came the democrats with their seductive "you're a victim and we feel your pain" entitlement welfare programs/voter campaign. Not only do we conservatives acknowledge that people need a safety net and a hand up from time to time, we are first to generously and freely give. We oppose government confiscating and redistributing our hard earned funds to purchase votes and enslave people to eternal government dependency.

Liberal democrats are notorious for lying; claiming their mission is black empowerment, while doing things which create the opposite. Their true goal is self empowerment via government dependency which equals votes. We black conservatives have had enough of liberal democrats' despicable abuse of minorities via smoke and mirror dirty tricks.

Our mission is to rescue our fellow blacks from the Liberal Democrat Plantation, politically fighting pass the overseers; the NAACP, Congressional Black Caucus, Sharpton, Jackson and others. By God's Grace and guidance, we will set our people free. 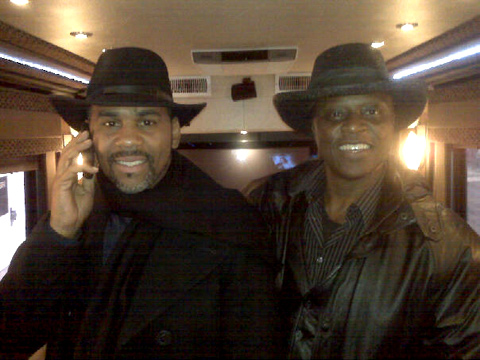