Lloyd Marcus
The lesson in the betrayal of Sarah Palin

January 22, 2013
Rush Limbaugh on his radio show discussed an article which stated that there is no respected voice in the national arena articulating Conservatism. http://www.rushlimbaugh.com/daily/2013/01/14/conservatives _have_no_credibility_with_the_low_info_crowd_because _we_don_t_defend_our_own_when_they_come _under_attack Such an advocate for Conservatism is crucial to reversing the direction of America as Obama drives us toward socialism while low-info voters gleefully sing Kumbaya in the backseat. 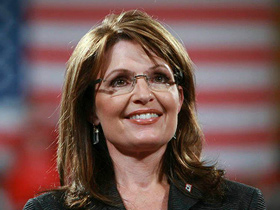 Well excuse me for pointing out the obvious, but we had an extraordinary advocate for Conservatism and look what happened to her. Judas on our side betrayed her – sold her reputation for 30 seconds of fame and favor with the media.

Even now, folks on our side are still beating up on Sarah Palin saying – Palin has lost her appeal – Palin is unelectable – Palin wasn't smart enough – Palin wasn't prepared and etc. So, this is how we treat our heroes.

Many Democrat Party politicians/advocates are immoral, liars and cheats. And yet, they are treated like super-stars by the media. Democrats have the backs of their associates, no matter what. For example: Democrats never rebuked Clinton for receiving oral sex from an intern in the Oval Office. They simply launched a campaign claiming that any man in Clinton's position would have reacted like him. Think about that folks, Democrats and the media lowered the standard of national leadership behavior to cover their guy.

We Conservatives act as if our representatives must be the reincarnation of Jesus Christ – perfect in every way. At a Conservative's slightest misstep, Republicans/Conservatives trip over one another backing away from the individual in an effort to get out of the media and Democrat's line of fire.

Clearly, advocates of Conservatism are expected to walk on water by both political parties.

Word on the political street is we need a respected advocate for Conservatism to reach low-info voters. While I do believe a new voice will emerge, I wonder who could be better than Sarah Palin? Will we betray our new Conservative hero?

Inevitably, Palin's humanity was revealed; she was not perfect. But still, Palin is extraordinary and will be a tough act to follow.

Allow me to recap. Immediately following her amazing VP nomination acceptance speech, the media/the left went crazy consumed with hatred and a desperate desire to destroy her. Why? Palin was a beautiful, smart, articulate and strong woman who boldly touted traditional values and a love for God, family and country – all of which are anathemas to the left.

No tactic was too low to discredit Palin. Thus, the left even attacked Trig, Palin's Down Syndrome child. http://www.lifenews.com/2012/08/15/wayne-brady-criticized-for-making-fun-of-trig-palins-down-syndrome/

Women in my family parroted the media talking point that Palin was bad for women. I thought, "You idiots, Palin is the epitome of everything the left/Democrats claim to desire for women – successful inside and outside of the home."

While governor of Alaska, the left tried to drown Palin in lawsuits. Palin resigned to save her state from the cost and aggravation. The left's mantra was Palin is a quit-er and republicans/conservatives joined their chorus.

Another thing the left successfully did to discredit Palin was to brand her "stupid." Who among us could survive every word out of our mouth being judged from a point of view that you are stupid? Meanwhile, Obama ran around saying America has 57 states and the media completely ignored this faux pas, along with several others by Obama.

Despite relentless attacks by hostel interviewers, in every TV interview, Palin always stood strong, boldly touting Conservatism. Man, you got to love this remarkable woman.

Also, completely ignored is Palin's tremendous charisma which I witnessed first hand on numerous occasions. We launched one of our Tea Party Express national bus tours in Searchlight Nevada – a huge dust bowl. Palin was our keynote speaker. Twenty-five thousand patriots attended with many camping out the night before to reserve their spot. Through the windows of our Tea Party Express bus as we arrived, I watched seniors who parked a mile away using walkers to make their way to the event.

The admiration for Palin felt a little like the scene in the Bible in which a woman said if I can just touch the hem of His garment, I will be made whole. In all of my 400 tea parties and 9 tours across America, no one, I repeat, no one affected audiences like Sarah Palin.

When this new conservative voice emerges on the scene, will we stand behind our hero no matter what, barring something immoral or criminal? Or, will we expect our guy or gal to be the second coming of Jesus. Have we learned something from the Republican/Conservative betrayal of Palin and their passivity and culpability in the media's viscous vile destruction of her image?

Sarah Palin, on behalf of We The People, I wish to thank you for your profile in courage, trumpeting Conservatism (God, family and country).