Lloyd Marcus
It's high noon: we the people vs Obama

With so many folks seeming to water down their full-bodied Conservative values into Liberal-Lite – sadly seeking to get along with Obama and win over his low-info-voters, I feel a little like Gary Cooper in the movie western, "High Noon." 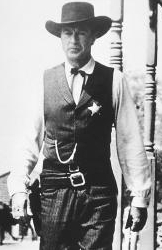 Cooper had no one. Thank God, I have you guys...We The People.

As Chairman of the Conservative Campaign Committee, I am proud to announce the release of our first national TV ad pushing back against Obama's socialist agenda and imperialistic modus operandi. http://bit.ly/127147U

Please watch our ad, share it and make it go viral! http://bit.ly/127147U You can also help us get it seen on TV sets across America by making a donation to our TV ad campaign.