I find your motion before the Canadian Parliament listed below to be offensive and if transmuted into law or metastasized into a crown inquiry by any manner of legislative or political chicanery; an act of political violence against one of the most sacrosanct cornerstones and inalienable rights of free speech, long recognized via Anglo-Saxon Common Law and our Judeo-Christian heritage. Many a monarch or totalitarian dictator have in the distant past or immediate present given their seal to laws that oppressed those who were in vocal opposition to the draconian rules said rulers unilaterally imposed on their subjects. While freedom of speech was a sacrosanct concept, there were also longstanding laws covering slander and libel that gave those who felt impugned by another's freedom of speech to seek redress and legal remedy in the courts and juries of 12 peers that are also an integral part of Anglo-Saxon Common Law and our Judea-Christian heritage. Despite predating it by a millennium, this concept of seeking redress before a jury of 12 peers, was first codified into the Magna Charta over 800 years ago by Stephen Langton, the Archbishop of Canterbury. Political Correctness and the labeling of free speech as "Hate" speech are Marxist concepts to silence all forms of legitimate dissent in otherwise free societies.


"Text of the Motion That, in the opinion of the House, the government should: (a) recognize the need to quell the increasing public climate of hate and fear; (b) condemn Islamophobia and all forms of systemic racism and religious discrimination and take note of House of Commons' petition e-411 and the issues raised by it; and (c) request that the Standing Committee on Canadian Heritage undertake a study on how the government could (i) develop a whole-of-government approach to reducing or eliminating systemic racism and religious discrimination including Islamophobia, in Canada, while ensuring a community-centered focus with a holistic response through evidence-based policy-making, (ii) collect data to contextualize hate crime reports and to conduct needs assessments for impacted communities, and that the Committee should present its findings and recommendations to the House no later than 240 calendar days from the adoption of this motion, provided that in its report, the Committee should make recommendations that the government may use to better reflect the enshrined rights and freedoms in the Constitution Acts, including the Canadian Charter of Rights and Freedoms."


You use petition e-411 as justification for your anti-Islamophobia motion, the numbers thereof are listed below: 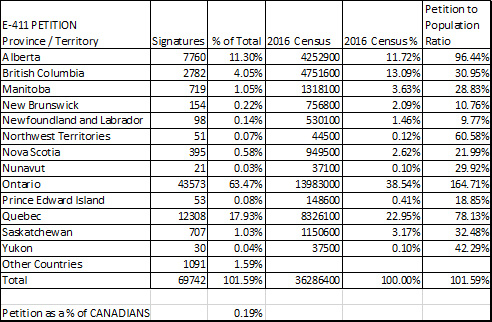 I ask you, is a petition that only represents 0.19% of Canadians a democratically valid basis for enacting any manner of legislation, especially legislation that would effectively curtail freedom of speech? Especially when you consider that 1.59 percent of the respondents were from other countries and represent a higher percentage of the total than either the total population of Newfoundland and Labrador, Northwest Territories, Nunavut, Prince Edward Island or Yukon is a percentage of the total Canadian population. Since when do other countries have any say in Canadian affairs and legislative matters? I also note that the response from Ontario was 164.71% of the population ratio; completely disproportionate.

Why mention Islamophobia, and not Christophobia or Anti-Semitism, both of which have been growing in leaps and bounds? If Islamophobia is such a problem, then why not be completely honest and identify the root cause of the Islamophobia? The plain definition of "Phobia" is "an extreme or irrational fear of or aversion to something" and I ask you, are Canadians or those in any western civilized country having extreme or irrational fears about the Islamists, Jihadists or Radical Islam or rather legitimate concerns? Why not have a motion condemning Radical Islam, Islamists or Islamic Jihad, because if these scourges on the Judeo-Christian heritage of western civilizations, and the umma in general were eliminated there would be nothing for people to develop Islamophobia from!

You can't even be as intellectually honest as Egyptian President Abdel Fattah al-Sisi was months before the Charlie Hebdo attack when he spoke at the most revered institute of Islamic learning Al-Azhar University and spoke to Imams on New Year's Day, this is a translated excerpt of his speech.


"I am referring here to the religious clerics. ... It's inconceivable that the thinking that we hold most sacred should cause the entire umma (Islamic world) to be a source of anxiety, danger, killing and destruction for the rest of the world. Impossible!

"That thinking – I am not saying 'religion' but 'thinking' – that corpus of texts and ideas that we have sacralized over the centuries, to the point that departing from them has become almost impossible, is antagonizing the entire world. It's antagonizing the entire world! ... All this that I am telling you, you cannot feel it if you remain trapped within this mindset. You need to step outside of yourselves to be able to observe it and reflect on it from a more enlightened perspective.


You received a far better education than Muslims like Malala Yousafzai nearly lost her life for by standing up to the Taliban for her right to have an education in your birth country; so why not criticize those who nearly snuffed out her life over something that you are obviously taking for granted, instead of the legitimate fear that many more Canadians than signed your petition have over what occurred to Malala? 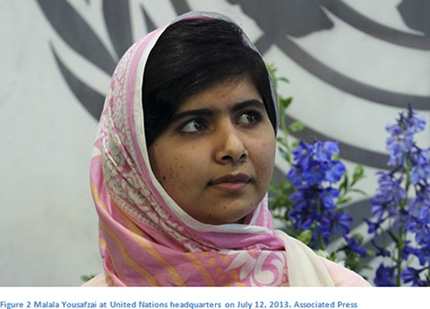 Words have meanings and I note that you used the word "quell" in your motion: "put an end to (a rebellion or other disorder), typically by the use of force"

Is this not an oxymoron then I don't know what is, as the root of any Islamophobia, if it exists, is the fear of the use of force that the Jihadist's and Islamist's are perpetrating on a daily basis. Perhaps you can enlighten us by documenting all the different religious ideologies whose fanatical adepts chant "Allahu Akbar" that have nothing to do with Islam? I might note that a significant percentage of hard core Nazis were Catholic before being radicalized and their battle cry was not Hail Mary but rather Sieg Heil!

I wonder what sort of phobia the LGBT community has in majority Muslim nations when they are stoned to death or thrown off the nearest roof or both? 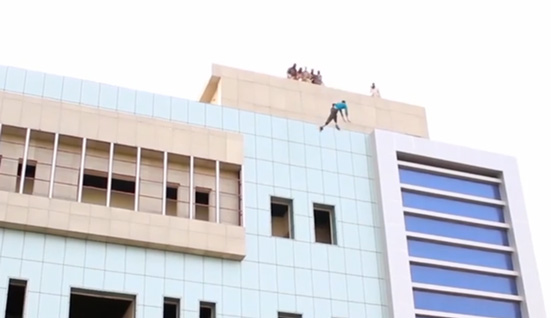 Given the disproportionate response to petition e-411 coming from Ontario, it is my opinion that you are just another pathetic politician, practicing taqiyya and pandering to an identifiable constituency group for re-election and are showing little respect for the Judeo-Christian heritage of Canada. It would do you and the rest of Canada a world of good for you to return to the country of your birth for a few years and try and further your education in the same manner as Malala Yousafzai was trying, before shoving your Islamophobic myths and Sharia Laws down the throats of Canadians in an effort to silence their right of free speech over being legitimately appalled by the acts of the Islamists and Jihadists in the name of Radical Islam that you are obviously afraid to criticize in your aforementioned motion.

I will not be silenced by your taqiyya based motions.