Johnny D. Symon
Will the circle be unbroken, by ... and Biden, by, and by?

November 7, 2008
As I watched Barack Obama's victory celebration live on Tuesday night, I confess that my initial interest was on the personal security aspects of the show. Powerful and comprehensive security appeared low profile, when in reality security was at an all-time high. The planners behind this operation deserved an award I thought.

My next attention span was on the mixed multitude. The majority of them were undoubtedly delighted with the result, then, as with any Conservative victory celebration, there were a handful of folks with that unmistakable and near out of control fanatical exuberance. Small wonder, I thought to myself, that I've spent my whole adult life steering clear of that type. I don't care if they're Liberal or Conservative, that small contingent of fanatics wearing that Banana Splits grin are all the same. They looked like that in 2000, then in 2004, though somehow I doubt if those same dudes looked like that on Tuesday night. Or maybe they did ...

For you know what? I suspect that those political Banana Splits ain't political at all, I reckon that whichever side wins has the same characters unboxed and laid out like latter day Charles Mansons for all to see. I also suspect that the armored screens surrounding Barack Obama were not there to protect Obama and his entourage from stray bullets or bomb blasts, they were there to protect them from a possible spate of Banana Split head explosions and subsequent blunderbuss shots consisting of salvo after salvo of sharp, milky-white teeth, and bloated red eyeballs.

As I've said many times before, the two-party system is likened to a Swiss wall clock, where one little figure swings out as it's about to rain, then its partner appears to assure you that sun's on its way. In, out, in, out, and on it goes, and the truth is that politically speaking it's all about getting the high jump, getting fired, thrown out, or maybe the act is closer to being furloughed, because unlike all other authentic jobs, a political entity knows that it'll be re-hired at a future date, when the boss (the voter) grows tired of the new employee's bad workmanship.

During the campaign with both major parties using or abusing the term democracy at a tiresome level, what was for me most apparent was the media's obvious blindness to the existence of other political movements. The European media have frequently made mention of this. And I guess the two-party thing is really a kind of monopoly, a two-party showboat. With proportional representation some of us could vote for a media-invisible third party, then celebrate fast enough to ensure that no one has a chance to roll out the Banana Splits.

Anyway, last Tuesday night was another new beginning, and another proclamation of democracy at work. The fact remains, and undoubtedly so, that a majority of Americans made their choice. A choice that I honor and respect. Most of those voters are normal people leading worthwhile and productive lives. Their concerns and their hopes for the future deserve to be addressed. Yet unlike US elections of the past, this one stood out as one that gripped the entire world.

I was amazed to see firsthand Europe taking as strong an interest in the Presidential race as homegrown Americans. Surprisingly I found myself speaking directly to European Conservatives who all wanted Barack Obama to win. Whether President G W Bush is aware of his unprecedented world-wide unpopularity, is open to question, nevertheless it is a reality all the same. 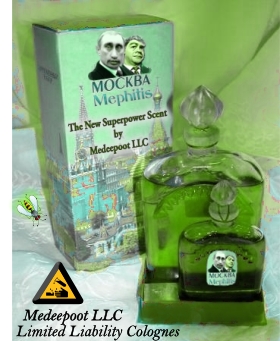 I can't say that only the world's worst despots were pro Obama, although all of them were, but they shared their own personal favorite with most of the other normal and run-of-the-mill world leaders. If Europeans and Americans too could expand their political interests to include Russia and its top buttheads, the world might just begin to get that little bit better, though at least it's heartening for me to witness such unprecedented interest in America and its political life's journey.

I believe that to exact positive change in 21st Century America requires an about turn and a trip back through history's memory lane. If Barack Obama took a personal visit to South Dakota and spoke to some of America's first inhabitants, he might realize that positive change should first be exacted in and around the Indian communities, and out from there. The poverty level in that region and others is so high that it outstrips most poverty conditions in 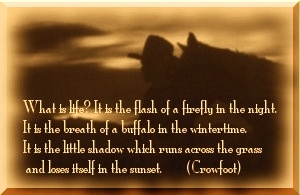 Europe, and I think that's a moral crime. To recognize our differences, then address those individual groups' problems with tailor-made solutions, is a far better way of solving a problem than trying to address diverse, abject, poverty as if it all emanates from the same root. America is a melting pot, sure, but each ingredient has to be seen as a unique aspect of the final dish, and native Americans are indeed a unique and stand-alone aspect of America and its people.

The Spanish media had great words to say about John McCain's closing speech. Many called him dignified, as indeed he is. I know that he'll leave this long and hard campaign with a light heart and a clear conscience, and besides he can at least take comfort in the fact that his little break-dance on the web with Barack Obama, provided him with the highest vote. But there is something else he can take comfort in, and that's the clear fact that voters did not vote against him, they voted against 8 years of Bushdom. For there's no doubt about it that dear old planet earth houses a majority of human beings who believe that President G W Bush is the source of their troubles. In general I reckon the freedom to travel unhindered and erosion of their civil liberties is high on their list, and I should know, for hardly a day goes by without someone, or ones, laying those thoughts on me.

Some of you good people were no doubt wondering why yours truly has not laid down an opinion on the controversy over Barack Obama's birth certificate, or is it certification? It's another example of world media blindness, because the birth certificate argument has not appeared in newspapers, radio or TV, outside of North America, leastwise I've not been able to find it. Over the past few months quite a few Republicans have written to me on the subject of Barack's birth credentials. So far, it's been a long credential break, an interlude that might only end, and the show begin somewhere closer to February. I do have an opinion on this, and this opinion has quietly grown month by month since. My opinion is simply that, my own personal opinion, and one so wild that I very much doubt anyone would share it. Let's call it my wildest imaginings ...

While it's true that an alleged Barack Obama birth certificate has been flying around the web for much of this year, no one can tie the certificate to Barack Obama unless he personally signs an affidavit to that effect. What appears to have happened is that the thing materialized one way or another from his camp, meaning that it's no more than an anonymous averment. But since Barack's Constitutionally required to be a natural born American, one would think that he'd be getting a little fussed up over this, if for example he'd been born in Mombasa, Kenya, in Africa, as his grandmother was recorded as saying. Yet I've failed to detect any trace of nervousness in him over this mystery, and that for me is the greatest mystery of all, unless he knows something that virtually no other American has even an inkling about. 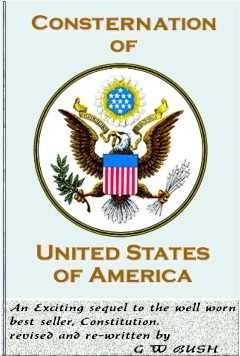 The US Constitution is clear on the matter of Presidential requirements, but what if the US Constitution has quietly been under suspension since September 2001, through the use of "The National Emergencies Act (50 U.S.C.1601-1651)" which, incidentally, prohibits any President from declaring and prolonging a State of National Emergency for more than a two year period. Yet this "Emergency" nonetheless has lasted continuously since September 11, 2001. Are COG rules in force? and if so why have House Homeland Security Committee Chairman Bennie Thompson and Oversight Subcommittee Chairman Christopher Carney's request to scrutinize those rules been refused?

Well, I guess they're yet another example of many others on a list that have pitched the entire world against President G W Bush. But my wild and woolly point concerning Barack Obama and his birth certificate is simply this: If President G W Bush has suspended the Constitution in order to protect America and its people, then for me it's his business. I live according to the advice of a prophet named Jeremiah, who said:

"Thus saith the LORD; Cursed be the man that trusteth in man,
and maketh flesh his arm, and whose heart departeth from the
LORD."

And I believe that if I walk only in accordance with that advice, I escape God's curses and receive man's curses as a replacement. Curses from men never phase me. Therefore, from late January onwards next year, things might well begin floating to the surface, and if I'm right, President Barack Obama will remain in office even if he fails to fulfill the Constitutional requirements, ie. He was not born in the United States of America. Because if the Constitution is under suspension, President G W Bush can therefore take the credit for making Barack Obama America's first non-native born President.

Okay, there is yet another possibility, and for me it's worse than any feasible suspension of the US Constitution. It's a scenario where President Barack Obama is forced by the Supreme Court to provide a copy of the original certificate, and on the certificate is the name of another country other than the US of A. The Constitution is still in force, so Barack Obama steps down, and Joe Biden steps down also to make Hillary Clinton the new President. Now that's some thought.

Colin Powell's little fence-jumping exercise shortly before the election holds, I'm sure, some hidden secrets, things that Colin Powell was not pleased about and wished resolved. Bruce Springsteen said, "We want our America back," and I reckon most of the Western world supported Barack Obama because they also wanted their liberty back. 80-year old English, Church of England, ladies do not like having their fingerprints taken and their iris's scanned, to determine if they're terrorists or not.

I've personally held a strong belief over the past few years, that America has become controlled and Americans liberties removed through one man's lack of faith in God, and his subsequent fear and cowardice of things seen and unseen. If God be for us, who can be against us? has apparently fallen on deaf ears there, and he therefore might well go down in history as not just the most hated American President ever, but also the ultimate in Civil Liberty stealers, and that's something to live with once he departs the great White House on the Hill.

Throughout the entire Bible freedom, liberty, is earned through the positive acts of faith, and servitude the price of rebellion. Should not liberty therefore be valued as priceless, even if a price is exacted such as 9/11 every once in a while? I reckon the majority of sensible Americans believe this, and they don't believe that another 9/11 can easily be achieved again under today's ultra-strict world airline security measures. And if that's so, most of us are left wondering why a "state of emergency" can continue on unabated for nigh on 8 years. Will that circle be broken toward the end of January on? God knows.

August 31, 2013
Life, liberty, and the pursuits of Vasile Dahorea

October 16, 2012
Collectivism, sociopathy, division and other cancers; The cure!