December 10, 2012
Americans may think that in casting their ballots, as millions of us did last month, they have given the winning candidates policy directions that will be respected. Maybe.

John Fonte, a noted author with a world history PHD, outlines in remarkable detail the powerful forces at work to render our Constitution meaningless as we become just another of many nations on a planet under the thumb of the tight control of a global authority.

Dr. Fonte covers in detail this entire picture in Sovereignty or Submission: Will Americans Rule Themselves or be Ruled by Others? The author wears his scholar's hat all the way. No hyperbole is necessary. The facts he lays out are scary enough. That may be why he eschews the term "world government," let alone "world dictatorship." The reader surely may be forgiven for interpreting the author's scenario as accurately reflecting a possible future that fits either description.

The effort to morph America into a mere appendage to a global authority is engineered piecemeal by some people who believe they have decent and harmless motives.

Many others (both here and abroad) know exactly what they're doing, including those who think America is too rich, too powerful, and needs to be brought down a few pegs.

For others, it is corporate interest, as per the chairman of Colgate Palmolive, quoted as saying the United States does not have first call on his company's resources. Many of the 20th century U.S.-based corporations considered their first loyalty to their home country. Not necessarily so in the 21st Century.

Beyond the money motives and misplaced "compassion," external and internal forces pressuring the U.S. to abandon its sovereignty (again not overnight), have little use for this country's laws, its Constitution, its traditions, its entrepreneurial spirit, its holidays. 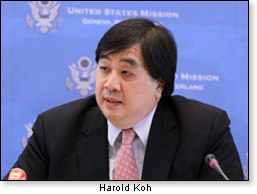 They believe passionately in global governance of some kind. Author John Fonte cites Harold Koh, Legal Adviser to the State Department, as writing favorably of "law that is 'downloaded' from international law into domestic law."

Of course, we are reminded in Sovereignty or Oppression that American law is supposed to be made by the elected representatives of the people in Congress, signed by the president, and that it must comport with the Constitution. That is Civics 101, but the global authority movement, alas, has helped lead to the de-emphasizing or elimination of American history/civics in our schools. What else does one expect when a member of the Communist Party USA — the late Howard Zinn — authored much of the history taught in American schools (kindergarten through higher ed) for generations?

The targeting of America's sovereignty has also cast a troubling pall over much of America's legal profession. More than a few American judges, including justices of the Supreme Court, have taken to citing foreign laws and overseas judicial interpretations as a rationale for decisions in American courts. Judicial "downloading?" Yes, and "respectable" pressure leans on our judges to get with it.

The agenda toward a global authority, of course, includes (but is not restricted to) the "open borders" movement. Included on its agenda are voting in foreign languages in U.S. elections; dual citizenship; multicultural education favoring ethnic identity over American citizenship; and affirmative action (reverse discrimination).

To quote Dr. Fonte: "All these measures work against the formation of an American national identity in newcomers as envisioned by American leaders from George Washington to Theodore Roosevelt and supported by Latino leaders like Juan Rangel in Chicago. Instead they promote [the kind of] ethnic group consciousness that tends to view the American mainstream in an adversarial way."

That latter example (viewing the American mainstream "in an adversarial way") prompted author John Fonte to sum up in one simple paragraph what this column has attempted to convey in thousands of words: 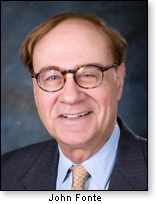 "Anti-Islamist American Muslims point out that most of the average Mosque-going Muslims in the United States are not Islamists and are uncomfortable with the Islamist propaganda and pressure tactics. But this 'silent majority' of American Muslims is unorganized and lacks the media savvy, political skills, resources (Saudi funding) and intensity of the Islamists who dominate Muslim institutions in America. Thus forging an anti-Islamist American Islam will be extremely difficult."

That goes to the issue of "assimilation" which — along with other forms of patriotism and love of country — will be emphatically discouraged by any global authority.

Every move you make...

There is no end to the drumbeat amongst international elites to delve deeply into personal behavior and family life issues, all under positive-sounding labels that ignore unintended consequences:

...America is asked to drop its "reservation [the First Amendment]" and outlaw "hate speech" as defined by an international committee.

...Such internationalists — under UN rubric — have demanded that Germany explain why fathers are so reluctant to take parental leave.

...They have called out the U.S. because 90% of its telephone operators are women and (gasp!) 99% of auto mechanics are men. Personal choices? That would reinforce old stereotypes.

...Slovenia was cited for this "shortcoming": only 30% its children were in daycare centers. Too many (ready for this?) were being raised by their parents (scandalous!). But their parents wanted to raise their own children? Poor excuse. Reinforces old stereotypes.

...The UN bodies have a list of exactly how family responsibilities are to be divided within the home.

The U.S. has refused to sign on to some of this intrusion, though the pressure never stops. The U.S. Senate has just defeated an attempt to ratify the UN Convention on the Rights of Persons with Disabilities (CPRD). It would have negated state laws on the subject and required federal law be revised to conform to the treaty.

CPRD would have enshrined abortion; denied parents healthcare and education choices for their special needs children; and required all homeowners to make their own private homes accessible to the disabled. The measure was endorsed by 61 senators (short of the required two-thirds majority), 38 senators voting it down. 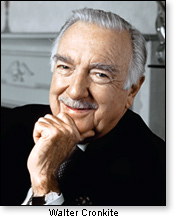 Fonte reminds us the late Walter Cronkite proposed a world government, with an executive, legislature, and judiciary. The author also quotes political philosopher Leo Strauss as arguing that such a supposedly "homogenous world state" would ultimately end up in a "a reign of tyranny," whose "Final Tyrant" would be forced to suppress every activity that throws his legitimacy into doubt. "The political refugee would have nowhere to go."

The author neglects to mention by name George Soros, a powerful "one-worlder" to the core, or the 2006 proposed (U.S.-Canada-Mexico) "NAFTA highway," with some issues resembling those of the European Union (EU) viewed as a model for a future global authority.

Reservations aside, the book is a must for Americans who want America to be America for their children and grandchildren.