Unless public pressure is brought to bear on Congress, enemy propaganda is likely on its way to millions of American living rooms. The sell-out has been facilitated by a former Vice President of the United States.

Almost from its inception, America's media have been vulnerable to the wiles of those whose aim is to bring down this nation. The propaganda – subtle and blatant – aims to steer public opinion toward an unwitting acceptance of policies whose ultimate goal is to undo the "great experiment" that made the United States the envy of the world and a refuge for those who have come here in search of a better life. 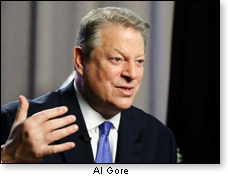 The most recent (and potentially most damaging) example was Al Gore's sellout (in more ways than one) of his Current TV channel to Al-Jazeera, the terror-apologizing "news" outlet that is funded by the government of Qatar, where there is no freedom of press or speech.

One can make the case that Al-Jazeera is the de facto voice of the Muslim Brotherhood, which has launched a decades-long drive to impose Shariah Law on the world, with America as a prime target. Shariah Law (as explained many times in this space) would obliterate the freedoms guaranteed by the U.S. Constitution and place every one of us under the oppressive personal, cultural, and political domination of Islamism – not merely Islam, the religion per se – but Islamism – a political force that requires obeisance to the restrictive lifestyle codes imposed by dictatorships such as Qatar. Many faiths have lifestyle codes for their members. Islamism interprets its faith as mandating an imposition of lifestyle requirements on everyone in the world, by force if necessary.

Islamism's over-the-the top brutal punishments can include cutting off a person's hand for stealing; stoning to death those accused of adultery; execution for homosexuality; and of course, "death to infidels" (non-Muslims).

Yes, it can happen to us

You think "it can't happen here"? Tell that to the people in Egypt who thought they had elected a "democracy" when they replaced a U.S.-friendly government with Mohammed Morsi, a member of the Muslim Brotherhood who has incurred pushback from his people. And that's just one (most recent) example

Not to put too fine a point on it, but if the Muslim Brotherhood is given entrée to an estimated 40-to-50 million homes via cable TV, it is not far-fetched to foresee multiple suicide bombings right here on U.S. soil. Lots of little (and perhaps not too little) 9/11s may well be on our future.

America's Survival, Inc. (ASI) President Cliff Kincaid earlier this month pointed out that the TV channel takeover by Al-Jazeera is in violation of the law. You can access his writings here and here.

Congress, do your job

ASI has called for the revival of the House Committee on Internal Security (HUAC/HISC) to investigate Al Gore's sale of his TV channel to Al-Jazeera. Kincaid makes the point that unlike legitimate media outlets, Al-Jazeera is not entitled to the protections of the First Amendment. Surely Radio Berlin, Axis Sally, or Tokyo Rose would not have been allowed on our shores during World War II, or Radio Moscow during the Cold War. (There are those who believe the latter adversary in fact made some progress toward that goal here in the U.S. through the back door – by infiltration, which we will address in a moment). 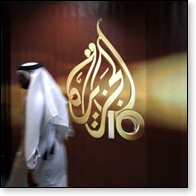 ASI's argument for a congressional probe is rooted in the evidence of Al-Jazeera's history of collaboration with Al-Qaeda and relationship with Hamas (for which the Muslim Brotherhood is a front). By that standard, ASI credibly argues Al-Jazeera, as a mouthpiece for America's enemies, is a legitimate target of a probe by the United States Congress, which is charged with the responsibility for oversight of and legislating on national security matters.

Congress: blind to its duty?

Unfortunately, leaders of the Republican House of Representatives are turning a deaf ear to ASI's request that the House investigating committee be revived.

An aide to House Homeland Security Chairman Michael McCaul (R-Tex.) says the chairman does not want his committee's agenda to be driven by hundreds of Americans calling his office and requesting the Al-Jazeera probe. Just to make sure that its readers know the number (ahem) not to call, Richard and Susan Freis Falknor's Blue Ridge Forum lists Mr. McCall's office number as 202-226-8417.

Another lawmaker who has evinced no interest in taking the lead on bringing back the Internal Security committee is Steve Scalise (R-Louisiana). He chairs the House Republican Study Committee, the caucus of conservative House Republicans. His number is 202-225-3015, mentioned here in case the lack of official interest in this badly-needed investigation should prompt an inclination to inquire as to why.

There are serious legal questions concerning the Al-Jazeera acquisition of Al-Gore's property, let alone its potential for handing our enemies yet another foothold within our borders (in addition to Islamist infiltration of our government and other American institutions). Actually, congressional probes into enemy propaganda in the media are not really new.

In the late forties and early fifties (under both Republican and Democrat control) the committee conducted hearings on Communist Party penetration of the movie industry.

You may have heard of the "Hollywood Ten," producers and writers who defied the committee's right to investigate their "political beliefs." Not for the first time did the guilty disingenuously blur the distinction that separates obeisance to Soviet dictator Joseph Stalin from a "political belief" in the mold of Democrat/Republican. As the committee counsel produced the Communist Party membership cards bearing their names and membership numbers, the hostile witnesses shouted multiple epithets at the committee members and staff. They were cited for contempt, for which prison sentences ultimately resulted.

HUAC believed that if a medium with such a huge following was injecting enemy propaganda into its entertainment, Americans, as consumers of that entertainment, had a right to know the source of the implanted messages. Such common-sense rationale is quite similar to that of the present-day ASI demand for an official investigation of the Al-Jazeera TV deal. The main difference is that in this case, the potential danger is more imminent, considering (for example) the bomb-building activity of the Islamist fundamentalist government of Iran. 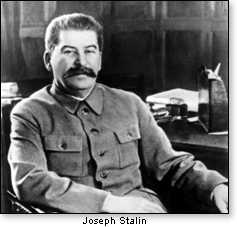 With a special reference to the Cold War, the authors document that "literally scores of allegedly non-Communist journalists were secretly connected to the Communist Party, the KGB or Soviet propaganda organs."

Since their book lacks the space to itemize every single known pro-Communist or Soviet agent ensconced in the media, Evans and Romerstein cite several examples, emphasizing that the "importance with this outside [of government] activity was that it helped create a climate of opinion...that prepared the way for pro-Red policy makers in public office."

Authors Evans and Romerstein name the perpetrators. In fact, throughout the book, the authors name names, dates, places, and other details as to how Cold War subversion (in and out of government) led America astray and toward policies that strengthened the Soviet Union and in fact aimed at encouraging a lackadaisical "So what?" attitude in many quarters. That whitewash mindset persists in official circles today in regard to Islamist terrorists who want to kill Americans.

Herewith are the media outlets in the post-Cold War era where the writings and/or editing talents of Communists, KGB assets, and "Stalin's Secret Agents" appeared (all had readerships that were large, influential, or both. Most had owners who considered themselves anti-Communist and were likely unaware of the "moles" in their employ:

It would be interesting to get an update on enemy penetration of today's mainstream media. Such a review won't happen (at least in public) because HUAC/HISC and its Senate counterpart the Senate Internal Security Subcommittee (SISC) are long gone, thanks to pressure from Communists, fellow-travelers, and embarrassed liberals.

There are government entities today that are supposed to be looking out for us with regard to chinks in our internal security armor. Their ability to do so is questionable at best.

But now, with the Al gore/Al-Jazeera deal, our current enemies have gone way beyond the sneak-around, undercover methodology utilized by Stalin's secret agents. Here we have in broad daylight an enemy takeover of a telecommunications medium with the capability of reaching millions of homes right here in the USA. 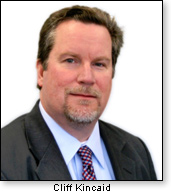 As Cliff Kincaid said at his February 5 news conference, Al-Jazeera is not entitled to the protections of the First Amendment because it is global terrorist entity – a front for Al-Qaeda and the Muslim Brotherhood.

A foreign entity desiring to own telecommunications operations in the U.S. is supposed to go through a vetting process by the Department of Justice (DOJ), the FBI, and the Department of Homeland Security (DHS). None of that has taken place, so the Al-Jazeera takeover is a violation of the law right there.

The legal process is known as CFIUS – the Committee on Foreign Investment in the United States, an inter-agency panel of the U.S. Government, chaired by the Secretary of the Treasury and including members from 16 departments and agencies. No legally-required application by Al-Jazeera has been made to this body.

Under the transfer arrangement, the name of the channel under its new ownership is to be Al-Jazeera America. That, in and of itself, is labeled by Kincaid as "a complete and utter fraud," especially given that Al-Jazeera is fronting for people whose fondest wish is "Death to America."

For nearly a half century, the free world was under a relentless attempt by Soviet Communism to take over the world. During that Cold War, the Soviets created or otherwise backed anti-American terrorist groups in the Middle East (yet another reminder that while the Soviet Union is gone, the results of its evil deeds live on).

It's like a never-ending spiral. Whereas Soviet agents, some of them embedded in the media, misdirected (or attempted to misdirect) America's focus on the Cold War, today's terrorists are marching right into Freedom's own house and presuming to take over a major media here, and daring us to do anything about it, knowing that our own government has banned the terms "Islamists" and even "terrorists" from all official communications.

Will the circle of deceit and betrayal ever come to an end?