February 7, 2013
My favorite definition of an intellectual: "Someone who has been educated beyond his intelligence." 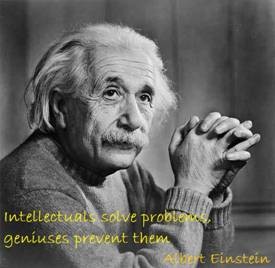 I've been a Ronald Reagan conservative for 30 years now. This epiphany experience compelled me to write the essay below, which was the first of two essays written exactly 30 years ago for my school newspaper, The DePauw, during my senior year at DePauw University. I was 21 years old.

Note that this essay on aesthetics demonstrates a realization of the superior cognitive value of classical music over other forms of music years before a cottage industry of psychological research and the "Build Your Baby's Brain" music series became popular for pregnant woman to increase the intelligence of her baby in utero.


Music: You Are What You Listen to

Give me the music of a nation and I care not who makes its laws, I will control its people. – Plato

Music, to the majority of the populace, serves as an indispensable part of life in America. We can listen to it while we do just about anything and take it with us anywhere we go.

Music is a tremendous force, evoking a gamut of human emotions. Aristotle said, "Rhythm and melody supply imitations of anger and gentleness ... of courage and temperance ... of virtues and vices in general which hardly fall short of the actual affections ... for in listening to such strains, our souls undergo change."

The music that is considered "popular" today [makes] Henry Thoreau's prophesies in "Walden" even more despairing: "Even music may be intoxicating. Such apparently slight causes destroyed Greece and Rome, and will destroy England and America."

Musical styles are consummate and serve a voluminous amount of objectives from worship to sound effects; therefore, I will limit my comments to the two most popular forms, "rock 'n' roll" and "pop" or "soul" music. Both of these musical forms, especially rock, have achieved unprecedented influence on the values of society.

In general, most of the songs glorify sexual immorality, occult worship, obstinate philosophies, drugs, incessant partying and drunkenness. But the central theme of our current "hit songs" is doubtlessly propagating sexual promiscuity, which is clearly manifested in rock, [hip-hop], soul and country music.

My condemnation isn't toward the people that advocate in their lives the exhaustive list of adjectives I listed in the previous paragraph; it is against those who cringe at the mention of any of those words in a regular conversation, but adulterate themselves unreservedly to the beat and the message of rock and soul music in practice.

As a music educator and a conscientious listener to only discriminating forms of music, I have come to recognize a definite link among the several popular varieties of music. In all cases the harmonic and rhythmic materials of rock, soul and country music are critical and viably significant.

Many of Pavlov's experiments were conducted with a metronome to elucidate the effects of rhythms as a shaping factor. The rhythm of music affects the subconscious tremendously and leaves the unenlightened listener totally oblivious to the impending attack of the music's relentless beat and message.

In many circles today our popular music is unquestionably reverting back to savagery. One example of this is the atmosphere of the average rock or soul concert, for example, [those of] Journey or Prince. You have abundance of drugs, repulsive stage antics, deafening "music" and in many cases riots and uncontrollable havoc. It's all a result of what I call "the message of the music," which is geared to make one lose sight of reality and purpose for life.

As I mentioned earlier, it happened to Greece and Rome – a constant, repressive degradation in the musical tastes of society as a whole. Who is to say that history won't repeat itself since we obviously haven't learned from it?

The average listener doesn't consciously think about the music; he just experiences it. The music evokes subjective responses that eventually gain a subconscious control of the person's behavior. Plato stated it virtuously: "Give me the music of a nation and I care not who makes its laws, I will control its people." [Jesus said] "Ye that have an ear, let him hear."

If it weren't for my colleagues Dr. Sam Vankin, editor of the GlobalPolitician.com, Joseph Farah, founder of WND.com, Dr. Levon Yuille of Joshua's Trail and several openminded bloggers who have ascended during the Internet Age posting some of my work online, I would have been merely an extinguished candle in a cold, cruel world of moral darkness.

That's why liberal fascists like President Obama and the Democratic Socialist Party are working constantly behind the scenes to homogenize freedom of the press, to Nazify the First Amendment, to eradicate freedom of expression rights via the Internet and to compromise conservative talk radio by reviving the so-called "Fairness Doctrine," hate speech codes and other Gestapo regulations. Why? So that the Internet and conservative talk radio, like the rest of the Marxist mainstream media, will become merely a slavish appendage of the Democratic Socialist Party and President Obama's sociopathic ego.