August 24, 2013
"The new oligarchy must increasingly rely on the advice of scientists until in the end the politicians become merely the scientists' puppets." 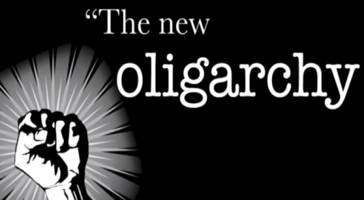 Legendary scholar, writer and Christian apologist C.S. Lewis (1898-1963) more than a half century ago, warned about how science (a good thing) could be systematically perverted in order to attack religion, deconstruct law, and destroy human freedom (a bad thing). In this essential documentary "The Magician's Twin: C.S. Lewis and the Case Against Scientism," noted scholars analyze Lewis's prophetic warnings about the political corruption of science (scientism) or the efforts to use the scientific method to explain, control, enslave every part of human life and how Lewis's predictions are essential for us today.

Historically, the first half of the 20th century was defined by almost incessant wars and the rise of fascist dictators who in less than 50 years caused more genocide than the history of mankind up to 1900. Nevertheless, we were warned by 3 prophetic writers about the evil side of unbridled scientific and utopian technological progress: (1) G. K. Chesterton, 'Eugenics and other evils'(2) George Orwell, '1984' and (3) C. S. Lewis 'Abolition of Man.' C. S. Lewis possessed a passionate interest in the emergent power of scientism- the fascist technique of perverting the methods of science to define, manipulate and dominate every aspect of human existence.

Lewis wasn't anti-science in the least, he never denied science; he actually studied it on a serious level and thus believed that science was a perfectly authentic discipline of knowledge. However, Lewis strongly disagreed with the politicization of science (ideology) and then using the false idol of scientism as a cudgel to smash religion, Christianity, capitalism, intelligent design and any philosophical worldview whose aims differed from true "science." Echoing Darwin's evolution atheism, this materialistic worldview demanded that all scientific knowledge be reduced to materialistic, blind, undirected causes.

Once Darwin's "Origins of Species" (1859) took hold of the scientific method in the 1860s, people who considered themselves educated, cultivated, 'progressive' or intellectual could not sacrifice their reputations in the community to ignore the incontrovertible findings of this new, dynamic evolutionary science, particularly in the name of religion (Judaism, Christianity) which in an 1886 essay Nietzsche pronounced dead ("god is dead" movement). The triumph of Darwin's evolution atheism thus became equal to the prominence of scientific method, which in turn is synonymous with one of the ultimate applications and developments of rationalism, naturalism, materialism and humanism per se.

The 1860s and 70s also witnessed the global apotheosis of Social Darwinism which had so dominated and homogenized scientism, scientific socialism, scientific racism and race eugenics that by 1900 this scientism worldview had begun to control many academic and intellectual circles thought throughout Europe and America. It was from American academics who got their PhDs in Germany in the early 1900s who became the zealous Stormtroopers of propagating the gospel of Social Darwinism, racial eugenics and scientific racism from which Hitler and the Nazi Germany learned from and exploited to develop their scientific justification of race hierarchy, Aryan supremacy, Jewish inferiority in the early 1920s and reaching to its apocalyptic conclusion in 1945 at the end of World War II. Remember one of Hitler's favorite books was Planned Parenthood founder, Margaret Sanger's 1923 book, "The Pivot of Civilization," where Sanger advocated coercion to prevent the "undeniably feeble-minded" from procreating.

Lewis work exposed the enormous status awarded to racialist views by cloaking them with scholastic respectability, charts, graphs, colorful pictures, voluminous footnotes, and attributions to other "scholars," all under the guise of the scientific method. Scientists and evolutionists such as Arthur de Gobineau, Charles Darwin, Thomas Henry Huxley, Ernst Haeckel, Karl Vogt, Herbert Spencer, and others, promoted not real science, but scientific racism, scientism, scientific socialism and other reductive scientific ideas with immense popular success.

Lewis, who was seriously wounded in battle during World War II, observed firsthand the roots of dystopian scientism, brutal ideas and abuses of the scientific method, abuses of scientific vocabulary and language, abuses of scientific faith. When warning about the exploitation of science to propagate a fascist, socialist worldview, Lewis made an unusual association. While many people think of science as something new, original and modern, Lewis' iconoclasm however led him to associate science to ancient MAGIC. Lewis characterized science and magic as two sides of the same coin and actually emphasized 3 different ways that science and magic indeed are quite analogous – (1) Science/magic as the ability to function as religion demanding absolute obedience and devotion; (2) Science/magic as credulity commands Groupthink and ironically promotes a lack of skepticism, and (3) Science/magic as power over the world in order to dominate society and triumph over nature and the universe. I will address all three elements of scientific utopianism and scientific fascism in detail in next weeks' column.

By the 1940s Lewis was terrified by the paradigm change he witnessed with the rise of science-as-magic or scientism could unleash upon civilization. On this point Lewis was emphatic, "We really need limits on science and that there is something behind science, a larger, transcendent ethical sphere behind science and that we aren't just blind matter in motion, that we're part of a designed universe that actually sets limits on what we should and shouldn't do."

In the C.S. Lewis documentary, "The Magician's Twin: C.S. Lewis and the Case against Scientism," the narrator connected Lewis's fight against Darwin's evolution atheism, Marxist socialism and scientific materialism of his day with our fight against neo-paganism and liberal fascism in modern times:


...In 2012, we had 10-20,000 people converge on Washington DC for this Reason Rally, where a lot of people testified that they really offer science as a religion. Today, you see a lot of people speaking in the name of science, who offer science as a quasi-religion. It's what gives their life meaning. Another area where we see this today is in the celebration of Darwin's birthday. Hundreds of colleges, community organizations, if not thousands around the world, on Feb. 12th, every year, hold Darwin day celebrations. It really takes on the trappings of a religion.


Lewis' magnificent critique against conflating real science into scientism (politics, magic) which inevitably leads to the deconstruction of reality, religion, family, freedom and truth, presents a complex paradox: How do men of good will stop men of bad will from presenting a good (science) from being perverted for evil ends (Social Darwinism, scientism, scientific racism)? Being a Pollyanna C. S. Lewis yearned for the day that scientists on their own would discover a way to liberate science from scientists, creating a revived science that valued human rights and respected human dignity – a true, non-partisan science which no longer was a servile slave of Machiavellian sophists, scientific racists, nor the benighted victim of the magician's twin.