Taitz believes, "This is Chief Justice Roberts telling the Congress... the other eight Justices, that there is a problem with this election."

The Lightfoot case has legal standing, due to litigant, Libertarian Gail Lightfoot's vice presidential candidacy in California. It also addresses two major issues of legal merit: 1. Obama's failure to provide legally evidentiary documentation of citizenship and American birth and, 2. his United Kingdom citizenship at birth, passed to him by his Kenyan father when that nation was a British colony. (Other current challenges also submit that Obama's apparent status as an Indonesian citizen, as a child, would have caused his American citizenship to be revoked.) This case is therefore considered the strongest yet to be heard by the Supreme Court. Obama challenger, Philip Berg had previously been granted conference hearings, scheduled this Friday, 1/9 and on 1/16.

Roberts was submitted this case on 12/29, originally a petition for an injunction against the State of California's Electoral College vote. His action comes one day before the Congress is to certify the Electoral College votes electing Barack Obama, 1/8. The conference called by Roberts is scheduled for 1/23. Orly Taitz is not deterred by the conference coming after the inauguration, which is to be held 1/20, "If they find out that he was not eligible, then they can actually rescind the election; the whole inauguration and certification were not valid." The strongest time for legal and judicial rulings is generally after the fact. 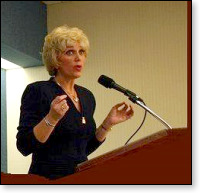 Taitz reacts to this new event as a project manager, "We'll continue working, one step at a time. Now we need to get the word out to all the media, congressmen, senators." It remains to be seen whether the "major media" will deign to cover this story, or continue to mainly report news that is negative as it pertains to natural born Citizen actions addressing Obama.

"They will hear the case, then, if they find out... Obama was elected fraudulently, they will find out the whole process was not valid." Taits calls this conference itself an important hearing and then, "I think that we'll have four Justices, then it will go to oral arguments and all American Citizens will be able to hear the case." In such a conference, four Supreme Court Justices of the nine must vote for certiorari  to have a full review generally including a public hearing. However, the Lightfoot filing is not at this point a petition for a writ of certiorari. In theory, the court may issue an order of the court regarding the process, or pertaining to a then, apparent President Obama's standing.

Taitz stressed that the public must know immediately about matters that may have been hidden in Barack Obama's candidacy, citing one example, that "Most of the country has no clue that one relative can go to the state of Hawaii and sign an affidavit that 'my relative was born a citizen'" and thus gain an Hawaiian birth certificate for that person, even if he were born abroad. That is the same kind of birth certificate that Barack Obama has not allowed to be seen, but which Hawaiian state officials have reported exists in privately held state records.

The earlier Lightfoot petition to the California State Supreme Court for a stay of that state's Electoral College election had been denied at that level.

One of many potentially odd twists to monitor in this electoral process is that as of Friday, 1/2, the National Archives had received Electoral College votes from only twenty-four of fifty states, not nearly enough votes for Congress to count tomorrow for an election.

Investigating Obama will continue to monitor this and related cases, and link to news and examinations of them, from other newsworthy sites. The Web site of Orly Taitz relates her perspective, further. Readers are free to repost or excerpt this article.