July 20, 2009
A copy of the following came in an email. It is written by eligibility attorney/activist, Leo Donofrio, from his blog, Natural Born Citizen.

You see, Ruth Bader Ginsberg recently showed a lapse of the usual "Progressivist" deceit, a rare glimpse of honesty: that a primary reason for abortion in the United States is to reduce the population's "undesirables." However, if one examines Marxist, Social Darwinist ideological tradition, she is simply marching in step with her historic and contemporary comrades (see American and British "Progressivism" and German Nazism).

The reader may know that Margaret Sanger, founder of Planned Parenthood, was a racist eugenicist, celebrated by fellow "Progressives" and Ku Klux Klan alike. Planned Parenthood, to this date, markets their child murder inordinately into areas of the country where African-Americans are most prodigious. (See blackgenocide.org.)

It has been noted that Barack Obama, who has given us the Supreme Court nomination of Sonia Sotomayor (for whom Ginsburg has flaunted Court propriety by her public campaigning) has slaveholders in his lineage, but no known slaves, ironically enough. The virulent ideological strain, Marxism has also been found in his parentage, subsequently in his nurturing, training, political career development, and in his own words, methods, and now his White House transgressions. Accordingly, he has been a very aggressive champion of Planned Parenthood and abortion.

It should not come as a surprise that the Obama/Pelosi "Progressive" plan for "healthcare" includes measures which increasingly fund abortion by means of our confiscated tax dollars, plus measures which would curtail medical treatment of the elderly and those most dependent upon our care. Do you recall how Obama stated hypothetically, that a baby would be punishment for his daughter? How he said his chief mistake in the Senate was failing to fight Congress' attempt to provide due process, for the right to life, of Terri Schiavo? And do you recall how Obama handled his grandmother, as she neared her death?

A certain pointed word is redacted a bit, below, otherwise Mr. Donofrio's posting is represented intact. 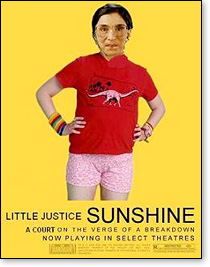 Pardon my leaving the NBC issue aside for now. Too much strange stuff flying around and I don't really know what to make of it. I feel like a scene is being set  a dinner table if you will  and the meal is going to be a "long form" BC for your culinary delight. It just feels like a set up  all this long form  long form  long form  blah blah blah. That's the standard being established for absolute eligibility.

It's being allowed people. Just my opinion. But you have to be a complete lemming if you think Gibbs is now regularly calling on Les Kinsolving of WND in White House pressers just to be a fair dude. The administration appears to be controlling this game and leading it to an endgame where they give you EXACTLY what you're all asking for. Notice the standard wording Major Cooke stated to the press  "All he has to do is show the long form BC..." etc. If that's all he has to do to drive a stake through the heart of the eligibility issue... then that's what you can expect. But I digress from my topic today.

I tell you... nothing felt more intellectually dirty or reeked of pure filth to me than my experience with the United States Supreme Court. I know the law. I know procedure. I knew the SCOTUS court rules. Yet, I had to be deloused after that experience. God knows what crawls in those chambers. Go back through SCOTUS history and see the vile possession by evil of those once hallowed chambers by eugenic skank like Oliver Wendell Holmes and his modern successors.

Eugenics is basically what Hitler's Nazi regime worshipped via their final solution. It's a concept of population control where the Government decides who can live and who can breed... and who cannot be allowed to breed.

Justice Ruth Bader Ginsburg is Jewish and one would think that she might find such a concept repulsive. But the abortion rights movement heralded by the BS decision in Roe v. Wade is more about eugenics then it is about a woman's right to choose. And on July 7, 2009 Ginsburg confirmed what many suspected of her  that she's a eugenic proliferating skank.

Check her comment given to the New York Times:

Frankly I had thought that at the time Roe was decided, there was concern about population growth and particularly growth in populations that we don't want to have too many of.

What populations are you speaking of you horn rimmed freak show? There's not much else I can say about this crap except that the New York Times journalist  Emily Bazelon  failed to do her damn job and follow up on the alarming answer given by Ginsburg.

I got news for you Ginsburg, your s**t stinks bad, just as the s**t emanating from every other race. All s**t stinks. Yours isn't pretty. It doesn't taste good. It doesn't smell like roses. Your s**t stinks, girl. I know that might be hard for you to accept, but I suggest getting your nose all up in it sometime and have a wake up call.

Who breeds and who doesn't isn't up to you and it never will be. You've already lost. Home is calling. He's waiting for you. Got the sauna ready... and the air conditioning unit is permanently broken. Word.

One surmises the road to Hell will be smoothed by the feet of good "Progressives." Whatever avenue is taken, we need to get them out of America's way.