In the early webinar sessions weve been giving you basic building blocks on how to get started. The goal is to help you become an activist and build an effective local organization to help you take a stand right there in your own neighborhood.

Now, with this fifth installment, Im bringing you two activists who have been on the front lines experiencing it all, and they openly share what theyve learned. So, I invite you to take the next two hours to listen and learn from veterans who know how to deal with everything you are about to face once you have taken those first tentative steps into the activist arena.

This will be the last training webinar until after the election. Then we will begin again when we know exactly who wins and what we will then be facing. Theres much more to come! But now is the time to begin to lay the groundwork, network, and find some allies who may join you. Judy and Kat will give you some valuable pointers to get started!

Later in the series we will begin to answer your questions. If there are some questions that we havent answered in this series of webinars or in our new Activist Handbook, please send them to us.

I hope you are finding this training series useful. The goal is to build a powerful force for taking America back! 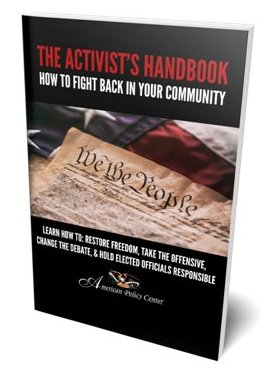