March 11, 2013
Socrates (470-399 B.C.) was a famous Greek philosopher from Athens, who taught Plato, and Plato taught Aristotle, and Aristotle taught Alexander the Great. Socrates used a simple but cleverly profound method of teaching by asking revelatory, piercing questions. The Greeks called this form "dialectic" – starting from a thesis or question, then discussing ideas and moving back and forth between points of view to determine how well ideas stand up to critical review, with the ultimate principle of the dialogue being Veritas – Truth. 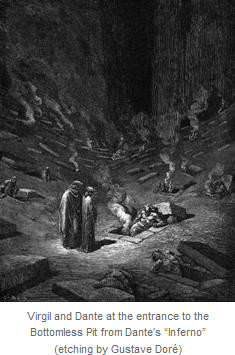 Note: This symposium is based on findings from Eric Lichtblau's New York Times article, "The Holocaust Just Got More Shocking."

Socrates: We are gathered here today at my Symposium to discuss a subject of epistemology – a theory of knowledge. Is there a limit, a measurable depth of the evil intent of humanity? In other words, what is the nature of evil in the heart of mankind, and historically speaking, with Hitler, the Nazis, the Holocaust and World War II, were there limits to their atrocities? Was there a final end to their innumerable grotesqueries?

Dr. Hartmut Berghoff: Was there a final end to the Nazis' innumerable grotesqueries? Tragically, no! Beginning in 2000, my researchers at the United States Holocaust Memorial Museum began the grim task of documenting all the ghettos, slave labor sites, concentration camps and killing factories the Nazis set up throughout Europe.

NYT Reporter: World War II was from 1939-45. Since that time there have been literally tens of thousands of books, articles, essays, monographs, depositions, first-person recordings, movies, documentaries, including the epic Nuremberg Trials (1945-49).

What in God's name is left to discover about Hitler, the Nazis and the Holocaust?

Dr. Hartmut Berghoff: What they have found so far has shocked even scholars steeped in the history of the Holocaust.

Socrates: What has your research on the Holocaust over the past 13 years revealed, Dr. Berghoff?

Dr. Hartmut Berghoff: The researchers have cataloged some 42,500 Nazi ghettos and camps throughout Europe, spanning German-controlled areas from France to Russia and Germany itself, during Hitler's reign of brutality from 1933 to 1945.

The figure is so staggering that even fellow Holocaust scholars had to make sure they had heard it correctly when the lead researchers previewed their findings at an academic forum in late January at the German Historical Institute in Washington. We knew before how horrible life in the camps and ghettos was, but the numbers are unbelievable.

Professor I. M. Regressive: {imperious tone} I am an atheist and a minimalist. I have a Ph.D. in Knowledgeology. I believe in a reductionist weltanschauung, or worldview, of all accumulated knowledge. Therefore, Auschwitz and a handful of other concentration camps have come to symbolize the Nazi killing machine in the public consciousness. That is sufficient information for this undereducated class to understand. Likewise, the Nazi system for imprisoning Jewish families in hometown ghettos has become associated with a single site – the Warsaw Ghetto, famous for the 1943 uprising. That is enough for the masses to know.

Dr. Hartmut Berghoff: But these sites, infamous though they are, represent only a minuscule fraction of the entire German network the new research makes painfully clear. There is much more work to be done.

Professor I. M. Regressive: {imperious tone} Let us not strain the meager cognitive abilities of the masses. What point is it to belabor the World War II historicity? Was Hitler the only bad guy here? Mistakes were made on all sides, even with the Allied Powers – Britain, France, Russia and especially America!

Socrates: Professor Regressive, besides the fact that your moral relativism is repugnant to us all, the maps the researchers have created to identify the camps and ghettos turn wide sections of wartime Europe into black clusters of death, torture and slavery – centered in Germany and Poland, but reaching in all directions.

Dr. Hartmut Berghoff: Indeed Socrates, my staff worked tirelessly for 13 years to amass this new information on the extent of the Holocaust. The Holocaust Museum has published the first two, with five more planned by 2025 as part of a multivolume encyclopedia. My lead editors on the project, Geoffrey Megargee and Martin Dean, estimate that 15 million to 20 million people died or were imprisoned in the sites they have identified.

Henry Greenbaum: My name is Henry Greenbaum. I am an 84-year-old Holocaust survivor who lives outside Washington, D.C. In order to warn this generation about the evils of what Hitler and the Nazis called "National Socialism," I volunteer at the Holocaust Museum. I passionately tell visitors today about my wartime hell 70 years ago, yet listeners seem only interested in my confinement of months at Auschwitz, the most infamous and notorious of all the camps.

Dr. Hartmut Berghoff: Indeed, over the past 13 years the project changed the understanding among Holocaust scholars of how the camps and ghettos evolved.

Socrates: What were your research expectations 13 years ago?

In Berlin alone, researchers have documented some 3,000 camps and so-called Jew houses, while Hamburg held 1,300 sites.

Socrates: Did the German people know of these Nazi genocides or were they hidden from the German public?

Dr. Berghoff: Dr. Dean, a co-researcher, said the findings left no doubt in his mind that many German citizens, despite the frequent claims of ignorance after the war, must have known about the widespread existence of the Nazi camps at the time. You literally could not go anywhere in Germany without running into forced labor camps, P.O.W. camps, concentration camps. They were everywhere.

Socrates: In conclusion: What are the limits of the nature of evil inside the heart of mankind? After 13 years of painstaking research, Dr. Berghoff and the researchers at the German Institute in Washington, D.C. are only just now approaching the entrance of this bottomless pit of Adolf Hitler and his Nazi Party's demonic madness during World War II and the Holocaust – a "banality of evil," as philosopher Hannah Arendt called it, which has now descended into the abyss of genocidal hatred of apocalyptic dimensions reminiscent of the apotheosis of Satan, the False Prophet and the Anti-Christ in the biblical narrative written by St. John in the dystopian Book of Revelation.