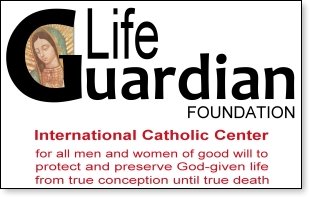 Jahi McMath is a 13-year-old girl who had tonsil surgery on December 9, 2013. Postop she had bleeding and stopped breathing. She was resuscitated and declared "brain-dead" on December 12, 2013. About three weeks later, Jahi was transferred to a hospital in New Jersey where a tracheostomy and PEG tube were inserted. Jahi lived 4 ½ years, mostly at home, after a death certificate based on "brain death" was issued in California. A second death certificate was issued in New Jersey on June 22, 2018 when she was truly dead. Final reports are not available. The case of Jahi McMath continues in the courts.

Areen Chakrabarti is a 14-year-old boy who was unable to get out of his home when fire broke out on April 14, 2018. Firemen found him unconscious and unresponsive. Areen was resuscitated by the firemen, then taken to a local hospital in New Jersey. He was subsequently transferred to Children's Hospital of Philadelphia (CHOP). He was diagnosed as brain injured due to lack of oxygen. "Brain death" was declared and a death certificate was issued on April 26, 2018.

Areen needed a tracheostomy and PEG tube to be discharged from the hospital, but CHOP doctors refused. In fact, no doctor or hospital was found in the USA that would do a trach or PEG. Areen Chakrabarti was transferred to Hospital Universitario Esperanza (HUE) in Guatemala City, Guatemala on June 25, 2018. There a tracheostomy and PEG tube were inserted. He was given nutrition and thyroid medication and was generally doing well. He was transferred on July 12, 2018 to Children's Hospital of New Jersey.

The New Jersey Statute has a religious or conscience exception, which provides that if the individual's personal beliefs would be violated by the declaration of death upon the basis of the neurological criteria alone (i.e., "brain death"), then the death of the individual shall be declared, and the time of death fixed, solely upon the basis of cardio-respiratory criteria. Because of the religious beliefs of Areen's family the criteria for death has not been fulfilled. Thus, Areen is a living person.

Furthermore, Areen does not meet the statutory requirement for "brain death," which states that in order to be declared dead using neurological criteria, a person with "irreversible cessation of all functions of the entire brain, including the brain stem, is legally dead." Areen has measurable levels of thyroid stimulating hormone (TSH), which is produced by the pituitary gland in the brain, documented on April 20 at CHOP and June 26 at HUE. A prerequisite for consideration of declaration of "brain death" includes no significant metabolic disturbances for children under 18 years and for adult patients specifically notes "no severe electrolyte, acid- base, or endocrine disturbance." While thyroid hormones are necessary for metabolic and vital functions of the body, including heart, circulation, and functioning of the brain including the respiratory centers of the brain, tests for these abnormalities may not be done or treated even if found.1, 2 Areen's non-treatment of his below normal thyroid function is an example. He should have been tested for low thyroid function which is known to occur with brain injury and treated early in the course of his care.3 Ironically thyroid hormone is given to "brain dead" patients to optimize survival of their other organs, which would be taken for another person but not for the potential benefit of healing of his or her own brain.4

On 4/20/2018 the thyroid hormone T4 level was 0.8 (Ref 1-1.18). This is below normal and represents a significant endocrine disturbance. This finding of a severe endocrine disturbance which could have affected brain function was ignored. The only other thyroid test done at CHOP was a thyroid stimulating hormone (TSH) but not a test for triiodothyronine (T3), a more active form of thyroid hormone. Not until he was transferred to Guatemala was he given thyroid hormone without any adverse effects. Yet, Children's Hospital of Newark has stopped the administration of this vital thyroid medication.

Areen is hypothyroid. He should have been treated on April 20, 2018 when CHOP had the results of the below normal thyroid test. As soon as he arrived in HUE in Guatemala he was treated with levothyroxine, a thyroid hormone.

With proper medical treatment as proposed by his mother and father, Areen Chakrabarti is likely to continue to live and may find limited to full recovery of brain function and may possibly regain consciousness.

Areen has a beating heart without support by a pacemaker or medications. Areen has circulation and respiration and many interdependent functioning organs including liver, kidneys and pancreas. Areen manifests healing. Areen is a living person who passes urine, digests food and has bowel movements. These are functions that do not occur in a cadaver after true death.

The criteria for "brain death" are multiple and there is no consensus as to which set of criteria to use (Neurology 2008). The criteria supposedly demonstrate alleged brain damage from which the patient cannot recover. However, there are many patients who have recovered after a declaration of "brain death." Areen is not deceased. Areen is not a cadaver. Areen has a beating heart with a strong pulse, blood pressure and circulation.

The latest scientific reports indicate that patients deemed to be "brain dead" are neurologically recoverable. I recognize that such treatments are not commonly done. Further it is recognized that the public and the Court must be wondering why doctors don't all agree that "brain death" is true death. Areen, like many others, continues to live despite a declaration of "brain death" more than 3 months ago. Areen, like all of us, needs thyroid hormone. Many persons are on thyroid hormone because they would die without it.

Areen is in a pediatric intensive care unit (PICU). Areen is on a ventilator and receiving nutrition via a PEG tube that was placed in Guatemala. Areen does not receive and has been refused such commonly done tests as complete blood count (CBC), electrolytes, and thyroid tests. These are commonly and ordinarily done not only in an intensive care unit but even outside of a hospital. Areen's parents have tried communication with treating physicians, a hospital administrator, and the courts. Areen's parents have tried multiple ways to transfer Areen to a rehabilitation center or to his own home. This has not occurred. Areen continues to live but he requires life preserving blood tests and thyroid hormone medication immediately. Please contact me if there is any way that you can facilitate these treatments for Areen.

2Guidelines for the Determination of Brain Death in Infants and Children: An Update of the 1987 Task Force Recommendations Thomas A. Nakagawa, Stephen Ashwal, Mudit Mathur, Mohan Mysore, the Society of Critical Care Medicine, Section on Critical Care and Section on Neurology of the American Academy of Pediatrics, and the Child Neurology Society Pediatrics Sep 2011, 128 (3) e720-e740; DOI: 10.1542/peds.2011-1511