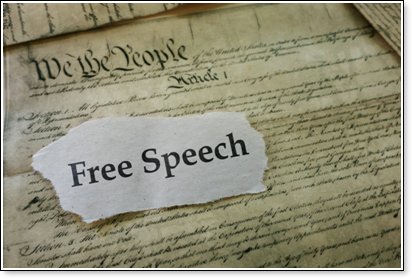 The right to privacy is a cornerstone of Californias Constitution, and a right that is foundational in a free democratic society. We will not tolerate the criminal recording of confidential conversations.

Somebody is going to win the Culture War. Freedom of religion, speech and assembly, tolerance and traditional values that formed our republic are all on the line. The lines need to be drawn by conservatives now, or we are poised to lose everything.

Todays Democrats are Marxists but fool everyone with words like progressive and tolerance and their pro-choice rhetoric. Words mean nothing. Look only at their policies, priorities and judicial impositions on freedom and religious worship. If Democrats were pro-choice, they wouldnt have forced baby killing on all 50 states for the past 48 years. They would allow at least minimal restrictions on abortion, such as parental involvement and eliminating infanticide. They wouldnt force taxpayers to fund abortion. They wouldnt want to force nuns to distribute abortifacient drugs which is in direct violation of the Catholic faith.

Radical leftists are not kind or tolerant, we are. Weve tolerated their abuse and attack on our values for decades. They are malicious, standing firm and resolved in their goal: Suppressing the rights of religious Americans who are observant and believe in G-d. We talk. They walk all over us.

Xavier Becerra is a disaster for our country, but he will be confirmed as Secretary of Health and Human Services. Imagine what our Founding Fathers would have said if they read about a journalist who documented an organization that murders unborn babies to sell their body parts for huge profits, and that the journalist was being prosecuted while the baby killers were being portrayed as the victims! But thats exactly what happened to citizen journalist David Daleiden when Xavier Becerra was Attorney General in California.

With Becerra as HHS Secretary and the so-called Equality Act implemented by Congress, the conscience and religious provisions in the Religious Freedom Restoration Act would be dismantled. Becerra would have latitude and ability to pressure Little Sisters of the Poor and other religious orders to comply with a pro-abortion agenda.

Xavier Becerra supports partial birth abortion which is infanticide. When asked in this video, Becerra failed to name any abortion restriction  not even for sex-selection or Down syndrome  that he would support.

Then there is the nomination of Rachel Levine for Assistant Health and Human Secretary. Rachel Levine is a transgendered man. He supports the rights of young girls to take dangerous hormone-altering drugs and to even mutilate themselves by having their breasts surgically removed because they feel like they should be boys. Levine was grilled during Senate hearings by Senator Rand Paul (R-KY):

Do you support the government intervening to override the parents consent to give a child puberty blockers, cross-sex hormones and/or amputation surgery of breasts and genitalia? You have said that you are willing to accelerate the protocols for street kids. I am alarmed that poor kids with no parents who are homeless and distraughtyou would just go through this and allow that to happen to a minor. I would hope that you would have compassion for Keira Bell, whos a 23-year-old girl who was confused with her identity.

Senator Paul goes on to describe the pitiful decision made by this teenager, who at 14 had feelings that she may be a transsexual. After reading about transgenderism on the internet the girl received puberty blockers, cross-sex change hormones and ultimately had her healthy breasts amputated. She now regrets her decision:

I made a brash decision as a teenager as a lot of teenagers do. Trying to find confidence and happiness. Except now the rest of my life will be negatively affected, she stated.

Senator Paul is alarmed about sex change surgeries and modifications being performed on children, and asks Rachel Levine if he would reconsider whether minors should be allowed to make these decisions. This was Mr. Levines robotic reply:

Senator, transgender medicine is a very complex and nuanced field and if confirmed to the position of Assistant Secretary of Health I would certainly be pleased to come to your office and talk with you and your staff about the standards of care and the complexities of this field.

Rachel Levine is a pediatrician and a professor of psychiatry. After listening to his answer, would you want your child treated or analyzed by this doctor?

Levines response to Senator Pauls question is horrifying. This has nothing to do with medicine or health. What is described in this exchange is genital mutilation. Mr. Levine is content to allow teenagers to make these decisions. However, these operations and hormone treatments are unproven and unethical.

There is a website, Sex Change Regret, that reports on teenagers like Keira Bell who have gone through sex change hormones and surgery, and whose lives have been ruined by these drastic measures. Give the Biden Administration some time, and I wouldnt be surprised if this organization would be listed as a hate group.

Should anyone doubt the shocking reality that secular humanists have seized power in government, consider that California Insurance Commissioner Ricardo Lara is ordering insurance companies to pay for these dreadful operations that mutilate young people and damage them for life!

This is insane. Normal Americans are being bullied by a dangerous minority that is quickly taking America for conquest. Secular humanism is a false faith but it attracts people who are young and impressionable. Its leaders are transforming what was once a civilized society that honored decency, morality, and virtues into a hedonistic playground that is looking like Sodom and Gomorrah. Atheists may be in the minority, but they are growing in numbers. They stick together and are unified in deconstructing the U.S. Constitution and religious institutions, leading to the brainwashing of our youth. They are changing America into something unrecognizable that allows free reign for dangerous human experimentation. Does this sound familiar? It should. This is happening in America. Its hard to believe.

The only way to fight back is to effect change on a local level by teaming up with other conservatives and pressure state legislators to represent us and work on behalf of our values. Conservative Review Senior Editor Daniel Horowitz recently launched the Constitution Action Network website, an organization where Americans who want to preserve our constitutional liberties can volunteer to be a Liberty Strike Force in their state, networking with other patriots on the grassroots level. It sounds like something that should have been done long ago.