April 10, 2012
Once there was a wayward family, who had no interest in God, his church, or the things of God. There was the father and his three sons, Jim, John, and Sam. The elders of the church had often spoken to them about their souls. The pastor had visited them, and many from the church had lovingly invited them to services — but none of it seemed to do the least bit of good. 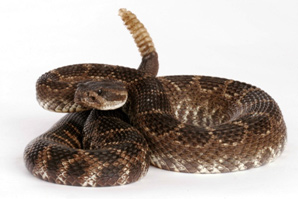 One day when the boys were out in the pasture, a large rattlesnake bit John and he became seriously ill. They doctor was called, and after an examination, he pronounced John in critical condition and his life in the balance. The physician said, "About all you can do now is pray." So the father called the pastor and reported to him of John's condition. He asked the preacher to pray earnestly for John's recovery. This is what the minister prayed:


O wise and righteous heavenly Father, we thank thee, for thou hast in thy wisdom sent this rattlesnake to bite John, in order to bring him to his senses. He will not darken the door of your church. He takes no interest in you or right living. He feels no need to pray. Now we trust this will prove to be a valuable lesson to him, and that it will lead to genuine repentance on his part.

And now, O Father, wilt thou send another snake to bite Sam, and another to bite Jim, and another big one to bite the old man. We've all been doing everything we can for years to get them to look to you, but always to no avail. It seems, therefore, that all our combined efforts could not do what this one snake has done. We thus conclude that the only thing left that will do this family any good is rattlesnakes; so gracious Lord, send us bigger and better rattlesnakes. In the name of Jesus we pray. Amen."


That story may sound outrageous, but it has some similarities to the one told in Numbers chapter 21 of the Bible. In that text, we discover the Israelites persisting in their rebellion against God. Because of their resistance to him and his will, God sends judgment. "And the Lord sent fiery serpents among the people, and they bit the people; and much people of Israel died" (Num. 21:6).

Sin always has its consequences — not just personally — sometimes the judgment can be national. God cannot be mocked. He simply can't ignore sin indefinitely. It's a challenge to His holiness and there's always a price to pay.

We know from Scripture as far back as the Garden of Eden and as far into the future as the Book of Revelation the serpent has been used as a symbol of Satan. It seems God was saying to the Israelites, "If you want to follow the devil and rebel against me, then your judgment will be directly related to your sin. If you follow the serpent, then you will be destroyed by the serpent.

But the greatest lesson of Numbers 21 is not about judgment; it's about God's offer of redemption. Consider verses 7-9 of the same text: Therefore the people came to Moses, and said, we have sinned, for we have spoken against the Lord, and against thee; pray unto the Lord, that he may take away the serpents from us. And Moses prayed for the people. And the Lord said unto Moses, Make thee a fiery serpent, and set it upon a pole: and it shall come to pass, that everyone that is bitten, when he looketh upon it, shall live. And Moses made a serpent of brass, and put it upon a pole, and it came to pass, that if a serpent had bitten any man, when he beheld the serpent of brass, he lived."

That brass serpent on a pole was a picture of the Lord Jesus Christ hanging on a Cross — the place where "God made him who had no sin to be sin for us, so that in him we might become the righteousness of God" (2 Corinthians 5:21). On the Cross, Christ suffered the judgment for our sin. Though he was innocent, the Bible says he became sin for us. In other words, all of our sins were placed on him — and all of our sins were judged by God on him. Therefore, the slate of our record is clean, provided we look to Christ's sacrifice at the Cross as our only hope of salvation.

The Bible says that when the people who had been bitten by deadly serpents simply turned their eyes to the uplifted serpent in faith, they were healed and lived. Likewise, anyone today who recognizes his sin and its consequences, but seeks forgiveness by way of the Savior who was lifted up on the Cross at Golgotha, will be given the gift of eternal life. Moreover, he or she will find a healing strength of soul to live as God requires.

May it also be noted that our national sins are great! America has turned from her religious moorings, declaring God unconstitutional, and rejecting the moral absolutes of the Bible for the moral relativism of today. And the cost is too much, too high, and destroying us from within. 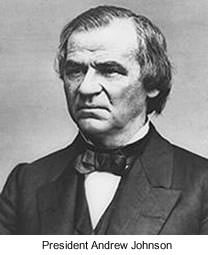 Just after the terrible Civil War, Andrew Johnson, the 17th President of the United States advised a wise course of healing for the broken nation that would be an intelligent one for America to take today:


"Let us look forward to the time when we can take the flag of our country and nail it below the Cross, and there let it wave as it waved in the olden times, and let us gather around it and inscribe for our motto: 'Liberty and Union, one and inseparable, now and forever,' and exclaim, Christ first, our country next!"


Without question, the way of the Cross is the way of healing for our own souls and the soul of our great nation.

I'm not wanting or willing to pray for rattlesnakes. Unfortunately, there are already plenty of them in vast numbers. But I do pray that if you have never done so, you will look to that brass serpent on a pole — Christ, on Calvary's Cross — and be saved. I pray our nation will turn away from its national sins, and once again embrace the way of the Cross. And I pray for righteousness sake that God will take away the fiery serpents from among us.