August 21, 2012
Having been assigned in school to write a story with the word "adult" in it, Little Freddie penned: "Adults don't have any fun. Adults just sit around and talk. Adults don't do anything. Nothing is duller than adultery."

Oh contraire, adultery or immorality is anything but dull to folks these days. In fact, according to statistics provided by Pure Life Ministries, pornography is big business — a $57 billion business worldwide and $12 billion business in the United States. In comparison, the $12 billion made in America is twice as much as the combined U.S. revenues of the three major television networks, ABC, CBS and NBC combined. [1]

What caught my attention about this matter was a recent article in Men's Health magazine titled, "The Smuttiest Cities in America." To my chagrin, Raleigh, North Carolina, the home-base of the Christian Action League was ranked among the top 10 at number 4; with Charlotte following close on its heels at number 5. Believe it or not, Orlando, the home of Walt Disney World took the top spot, Las Vegas came in second, and Wilmington, Delaware came in at number 3. Interestingly, the cities where the two national political conventions are taking place ranked in the top ten — the Democrats in Charlotte at number 4, and the Republicans in Tampa at number 8. (Check to see where your city ranks among the nation's 100 smuttiest.) [4]

Every Christian should be deeply concerned about the spread of the smut enterprise. God will never bless a nation given to idolatry. Bishop Clyde E. Van Valin of the Free Methodist Church has eloquently written:


"Pornography leads to idolatry. The central truth of the Christian religion is belief in one Holy God. 'Thou shalt worship the Lord thy God, and Him only shalt thou serve,' Jesus said (Matthew 4:10). Ancient near-Eastern history documents the decadence of nations that worshipped the fertility gods using human sex organs as their symbols and prostitution as worship. God eventually punished them without mercy, as He did his own people when they fell into these pagan practices. Pornography supplies the symbols, the rituals, the stimulus, and the creed for worshipping the human body and its sexual impulses rather than the eternal Spirit, Jehovah God." [6]


Pornography is not a harmless form of entertainment. It conditions people to deviancy, providing malignant fantasy material that is often acted out in real life. Few things do more to debase and dehumanize women. In many cases, it presents a message that pain and humiliation are what women want, thus causing some men to be less inhibited against unwanted aggressive sexual behavior and even rape. It reduces the most sacred act of intimacy between a man and a woman to a cheap thrill to be bought and sold in a marketplace of voyeurism. Van Valin also rightly noted, "It leaves in its wake broken marriages, estranged and molested children, shattered young people, and deteriorating neighborhoods. The producers, promoters, and participants couldn't care less." [7]

I can only wonder if the churches of these great American cities know their rankings in smut. If not, they need to know. And to know and do nothing would be a sin. 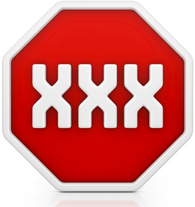 Could you imagine the outspoken prophets of the Old Testament remaining silent in the light of such debauchery? What would the apostle Paul have said, the same New Testament apostle who denounced the lustful behaviors of his own day? Would he have simply said, "Oh well, that's the way the world is," shrugged his shoulders and then walked away. It's highly doubtful the great saints of yesteryear would have ignored such a grave social evil. Neither should any Christian or person of faith today. To privately disdain but publicly disregard is a default on our accountability to God and responsibility as our brother's keeper.

Perhaps pastors and key lay leaders could come together and discuss finding ways they could address the problems of smut in their communities. One thing is for certain, pornography is not only negatively affecting our communities and the culture at large, but also our churches. We need to repent as well as work for reforms.

Adulterous and immoral behavior depicted by pornography and other settings of obscenity may be anything but dull. But there is nothing more dismal than the destruction of a nation and its best institutions brought on in part by the pervasive presence of indecency.

[1], [2], [3], statistics as provided by Pure Life Ministries at http://www.purelifeministries.org/files/PDFs/Info%20and%20FAQs/Statistics.pdf